Marches give you an opportunity to attack other Lords' Towns and resource locations, conduct espionage, and send reinforcements and resources to members of your Order or Pact. 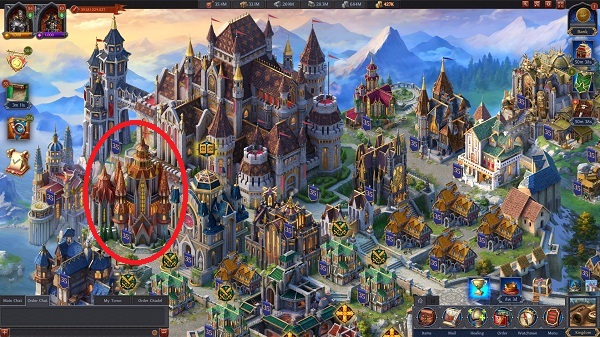 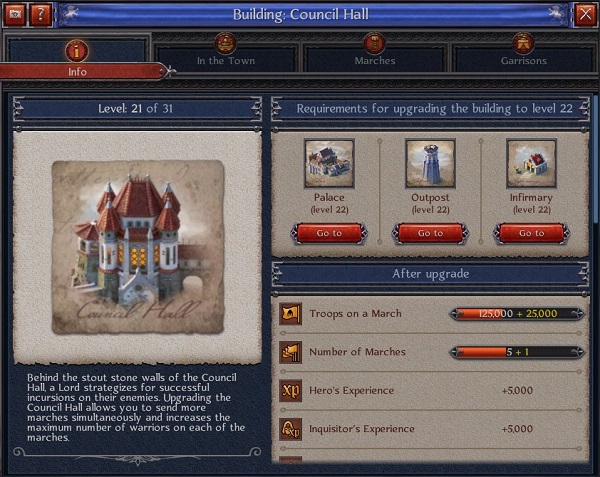 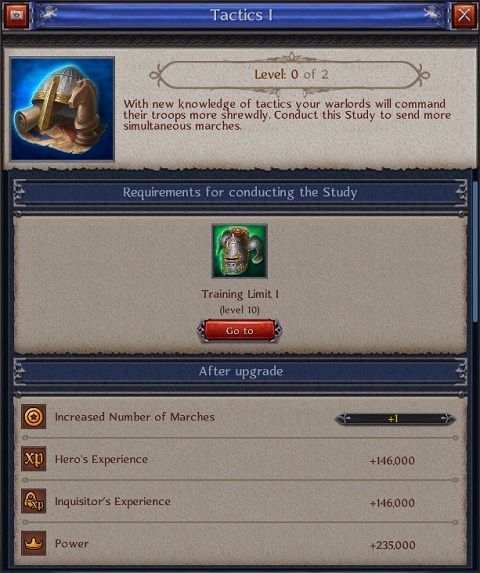 You will receive a report in your Mail regardless of the outcome of the march. You can share this report with members of your Order or Pact. To do so, open the report and hit the "Share" button. 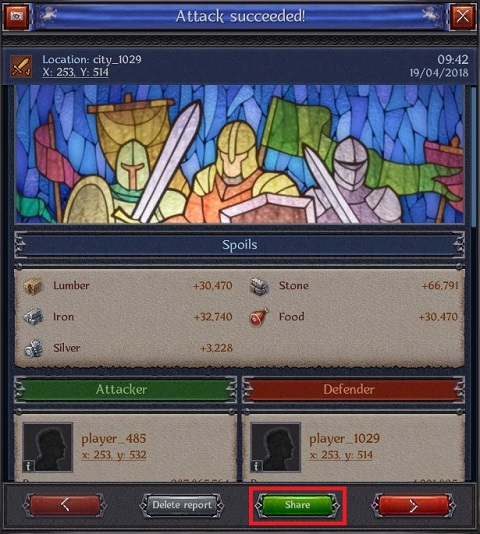