After the Order Citadel reaches level 4, the Arena will be available to be constructed. This building will allow the Master and Counselors to announce Championships, during which Order members can fight foreign troops and armies of other Lords in the Citadel.

To construct the Arena and conduct Championships, you will need a special item — Glittering Dust.

A Championship lasts for 2 hours from the moment it's announced. After the Championship is over, this function of the Arena will only be restored after a period of time. The Order Citadel cannot be attacked during this time. 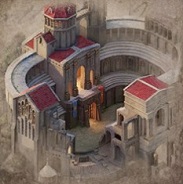 When a Championship is announced, information about it appears in chats. Order members also get system messages in their Mail, at which point foreign troops, which come from various points on the Kingdom map, start attacking the Citadel.

The number and power of the attacking troops depend on the Arena level:

For defeating foreign troops, you will get Trophies of Arms and points for killing warriors from enemy Kingdoms in the corresponding Tournaments.

Lords from other Orders can also attack the Citadel while the Championship is active.

You can send reinforcements to protect the Order Citadel at any time.

Please note: if your defense fails during a Championship, your Order Citadel won't lose anything except for its defensive troops. 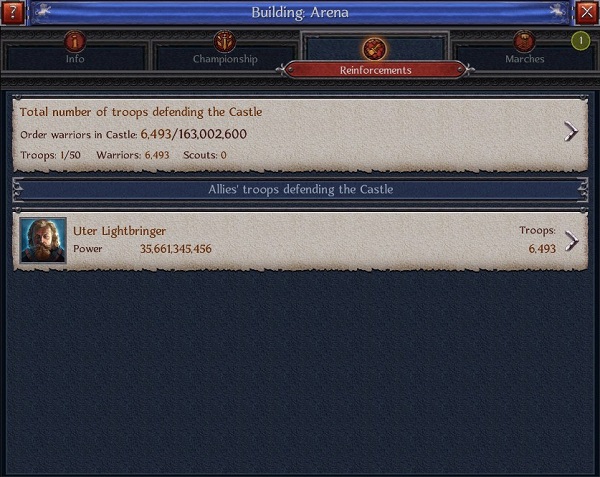 The Marches tab in the Arena contains detailed info about troops attacking the Order Citadel during the Championship. 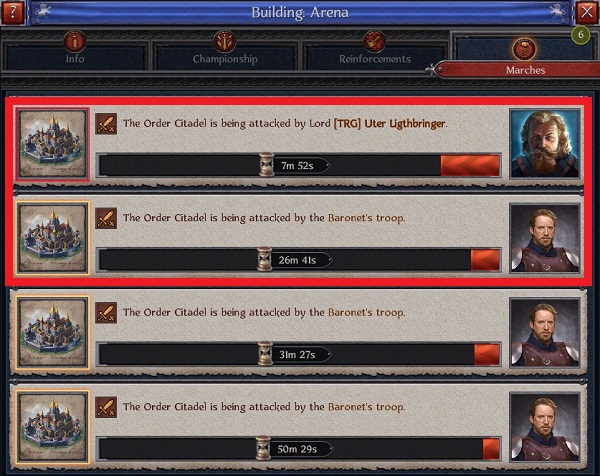 If the enemy troops approach the Order Citadel, then the edges of the screen will be highlighted in yellow, or in red if an Order member's Town is attacked. 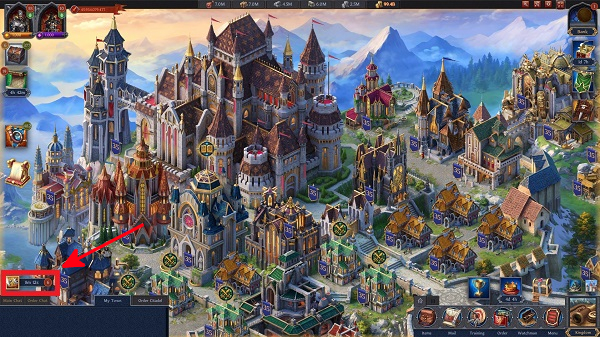 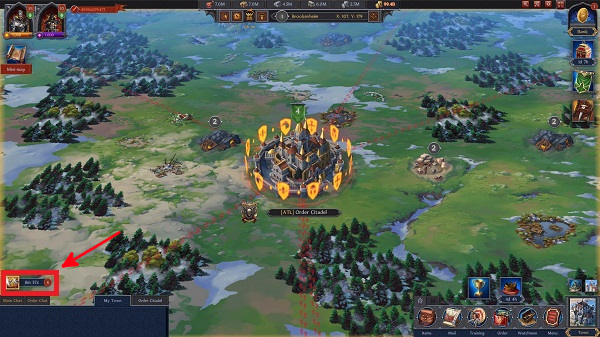