After upgrading the Stronghold to level 4, the Tower of Odin can be built there — the building that allows the Chief and Elders to set Siege status in the Stronghold. This unlocks access to battles with troops led by jötunns and other Jarls' troops that can attack your Stronghold.

Siege status lasts for two hours. After that, the Stronghold's status changes to "Guarded," this means that it cannot be attacked, and the Tower of Odin shifts into a state of recovery.

For building the Tower of Odin and activating Siege status in the Stronghold, you need a special item — Precious Dust. It is also used for upgrading Clan buildings to level 4 and learning Knowledge from the Special category in the Shamans' Residence. To get Precious Dust, transform Legendary class gems in the Workshop.

Upgrading the Tower of Odin level increases the power of troops led by jötunns. 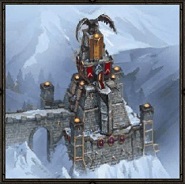 When Siege status is activated in the Stronghold, all Clan members receive a system message in their mail and a special message about it appears in chats. During this time, the Clan Fortress is attacked by troops led by jötunns. They all start marching at the same time but they reach the Stronghold at different times as they come from different places on the Global Map.

The number and strength of troops depend on the level of the Tower of Odin:

For destroying these troops, you receive Soul Shards, which are necessary for enhancing the Aesir.

Other Jarls who are Clan members can also attack your Stronghold while Siege status is active.

You can send reinforcements to guard the Clan Fortress at any time. 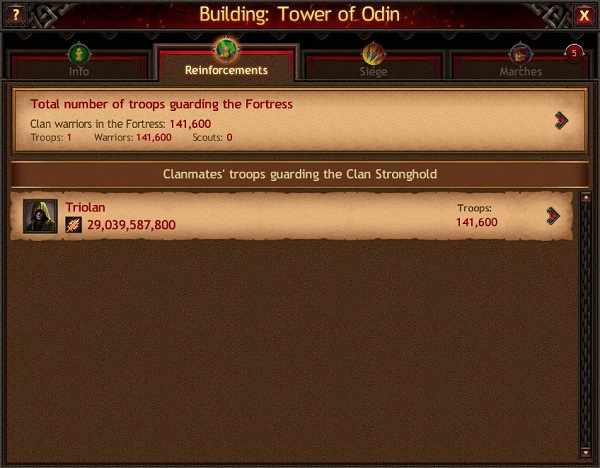 During the Siege, in the Marches tab of the Tower of Odin, detailed information about the troops attacking the Clan Stronghold is displayed. You can study it, irrespective of your Watchtower and Tower of Odin levels. 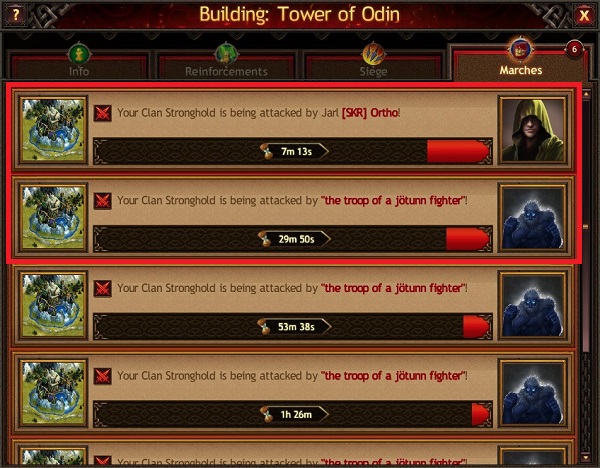 Reports about attacks and defenses of the Clan Fortresses are the same as the battle reports in the Place of Power, except that the defenders information block displays info about the Clan that holds the Stronghold.

If attacking troops move towards the Clan Fortress, the edges of the screen are highlighted in yellow and the Marches icon appears in the Town window. If a Clan member's Town is attacked at the same time, the highlighting changes to red. 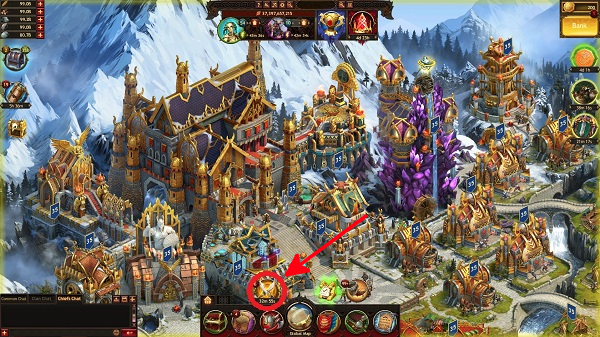 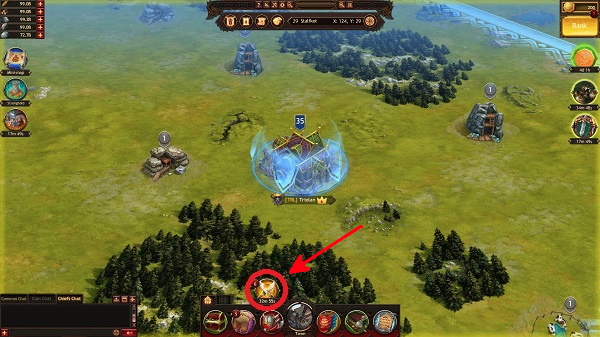