To increase their power, Vikings unite in Clans. Members of these allies gain the ability to send resources and reinforcement troops to each other, as well as initiate Onslaughts — joint attacks by Clan members on Towns or Fortresses.

Once Jarls enter an alliance, they can complete Clan Tasks, purchase items in the Clan Store for Loyalty Points, take part in clan Competitions, and get various rewards and Gold. 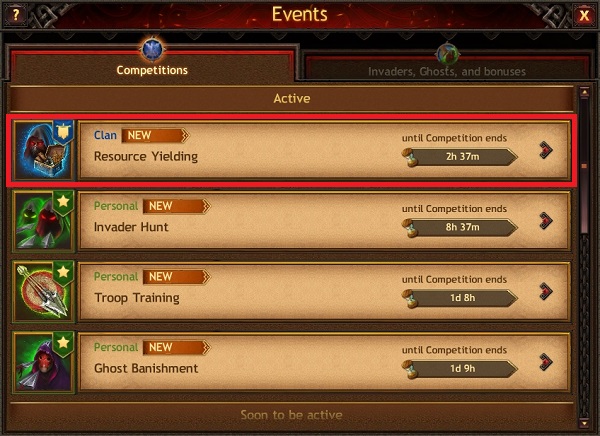 In addition, Clan members unite their efforts to construct the Clan Stronghold, which grants them many advantages: Valley of the Aesir bonuses, the ability to create special equipment for the Hero, and more. 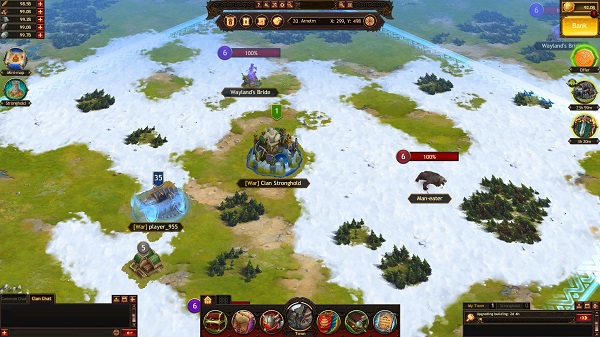 You can learn more about ranking categories in the Rankings section. 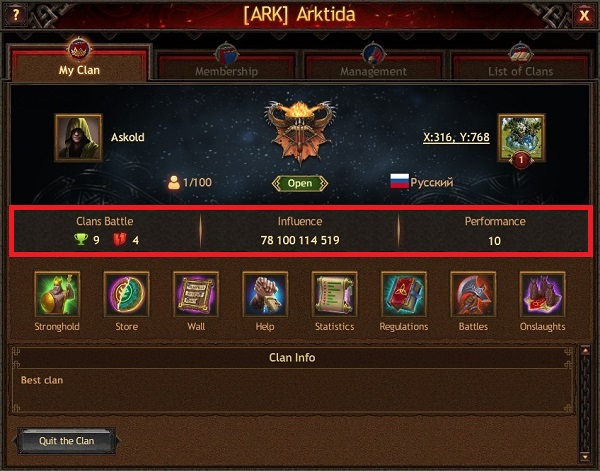 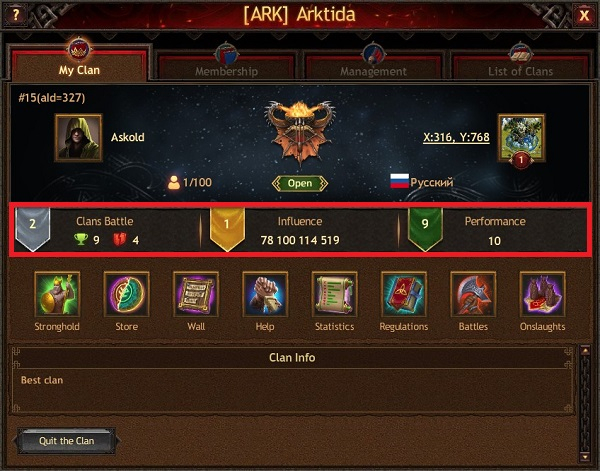 In the Clan window, you can also view:

When in the information window of your Clan, you can instantly go to the Clan Store or the Stronghold (if it has been constructed). You also gain access to the Regulations, Onslaughts, and reports about all Clan members' battles. 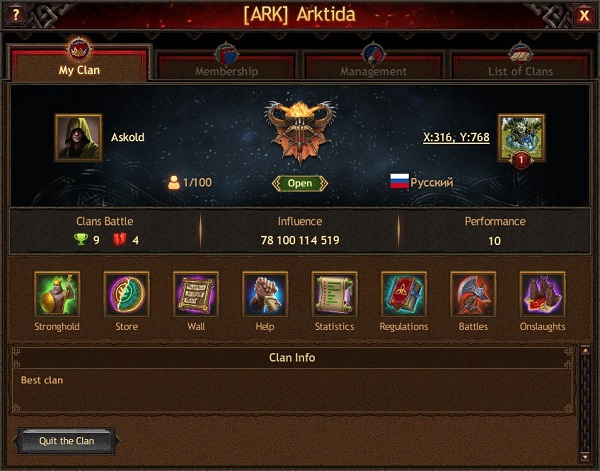