Influence is one of the main factors in the game. Influence points are the sum of the main game achievements such as constructing and upgrading buildings, upgrading Knowledge, Hero’s experience, completing Quests and forming troops. 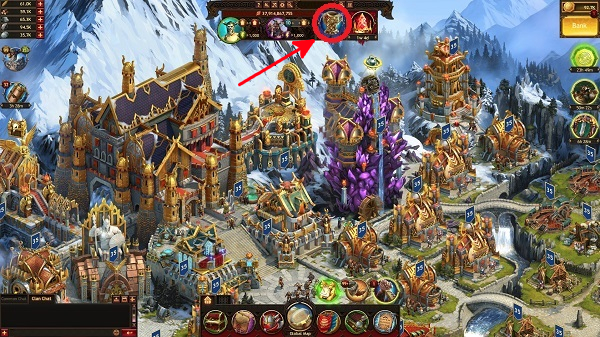 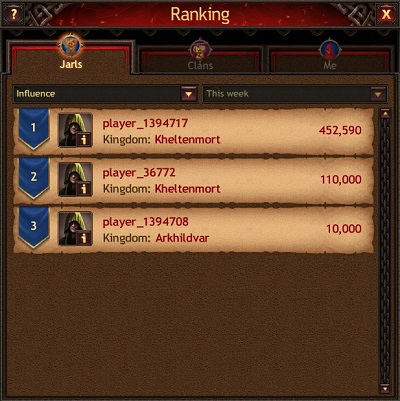