Towers of Fury are special Fortresses that appear only during the Kingdoms Battle: Fury. They contain resources and neutral troops that guard a Fortress.

Towers of Fury have 12 levels in total. As the Fortress level increases, so does the amount of resources it contains and the number of defenders it has.

Please note: Only Towers of Fury of the same level can be in a Kingdom at the same time. All Towers that are already on the Global Map must be plundered in order for higher-level Towers to appear. This must be done before their time in the Kingdom expires.

You can find Towers of Fury using the mini-map or the Navigator (searching for them is only available during the Kingdoms Battle: Fury). 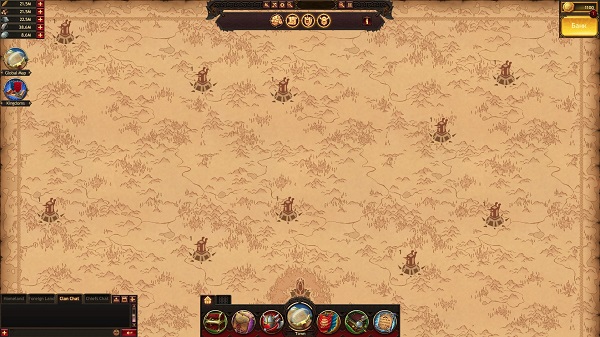 Only Clan members can take part in battles for Towers of Fury.

If Towers of Fury are in your home Kingdom, you can:

If Towers of Fury are in the enemy Kingdom, you can:

Battles for Towers of Fury allow you to:

Also note that a Tower of Fury can only have two states: intact and destroyed. If a Fortress is successfully attacked at least once, it will catch on fire and will continue to burn until it disappears from the Global Map. In addition, reinforcements can be sent to Towers regardless of their status. 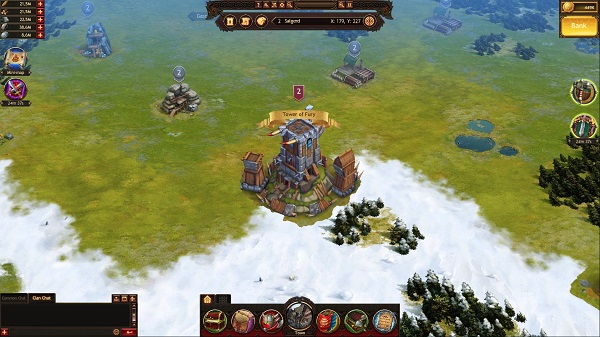 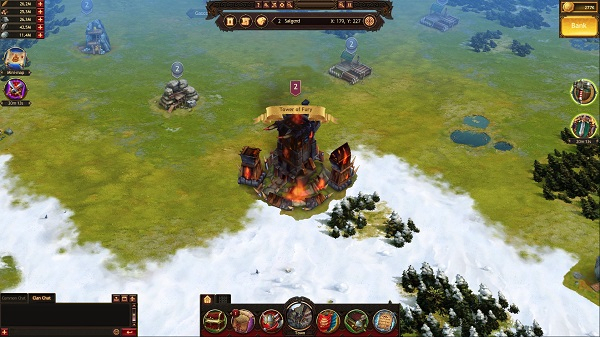 A Tower of Fury disappears from the Global Map if:

The red level marker is displayed above a Tower of Fury. For the Jarls whose Clan is holding the Fortress, the marker turns green and is displayed together with the Clan Shield and Clan name. 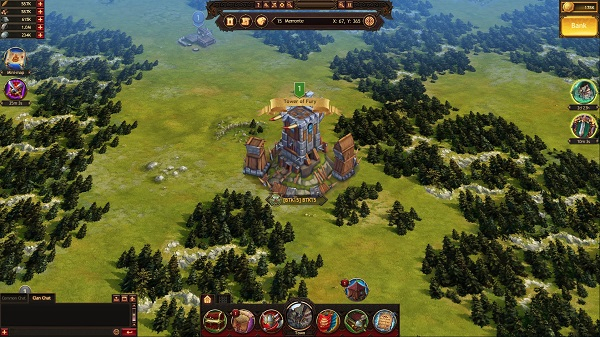 Reports about attacks, espionage, and Onslaughts on a Tower of Fury differ slightly from standard reports.