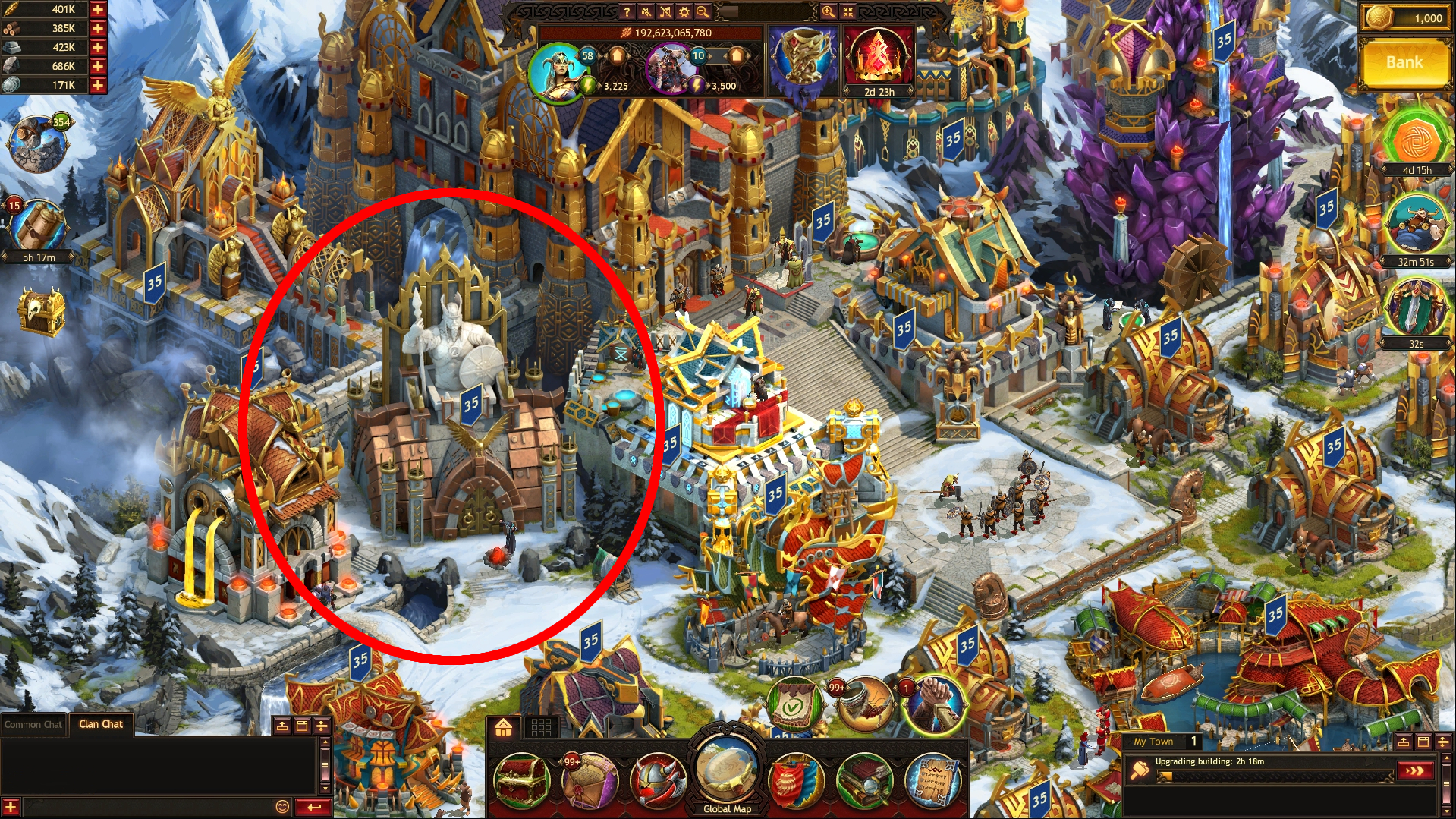 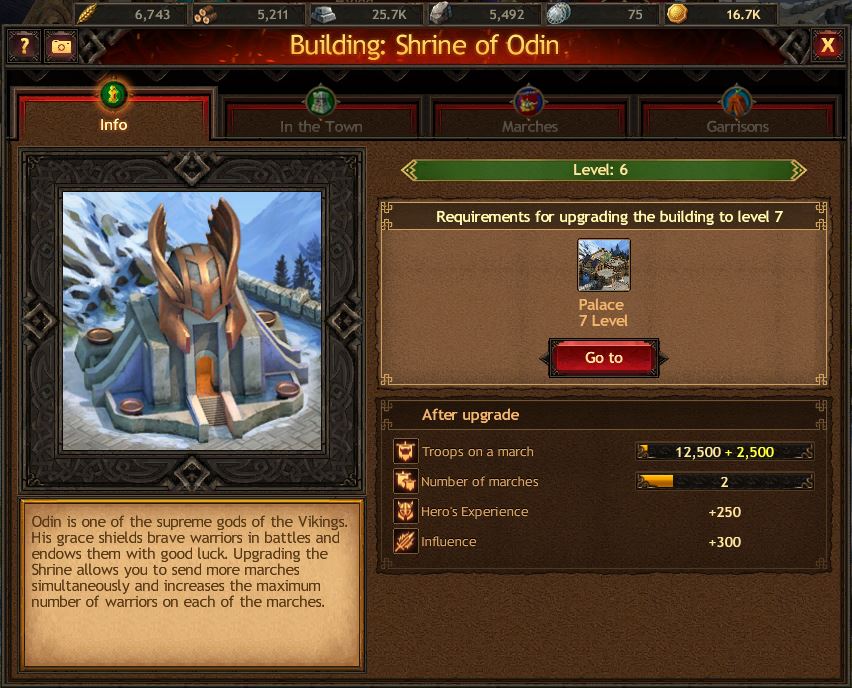 Marches are led by the Hero and/or Shaman. A strong leader’s presence boosts the effectiveness of attacks and espionage, improves the fighting stats of reinforcement troops, and increases carrying capacity when pillaging and yielding. To send your Hero and/or Shaman on a march, check the box next to their picture in the troop selection window.

A march can be sent without the Hero and/or Shaman (for example, if your Hero/Shaman is currently engaged in another march or reinforcement).

You need at least one warrior to send a march — you cannot only send leaders.

Exception: the Hero is sent alone to attack an Invader or Uber Invader, while the Shaman is sent alone to banish a Ghost. You may choose your warriors manually or automatically select all the troops by tapping the corresponding button. If the number of warriors in the Town exceeds the maximum march headcount, the troops of each type will be selected in equal proportions.

Upgrade the Shrine of Odin to be able to send several simultaneous marches, as well as to increase the maximum number of warriors on each of the marches.

You may choose the location you wish to attack or to spy on, or to which you wish to send a resource convoy or reinforcements, in the following ways: 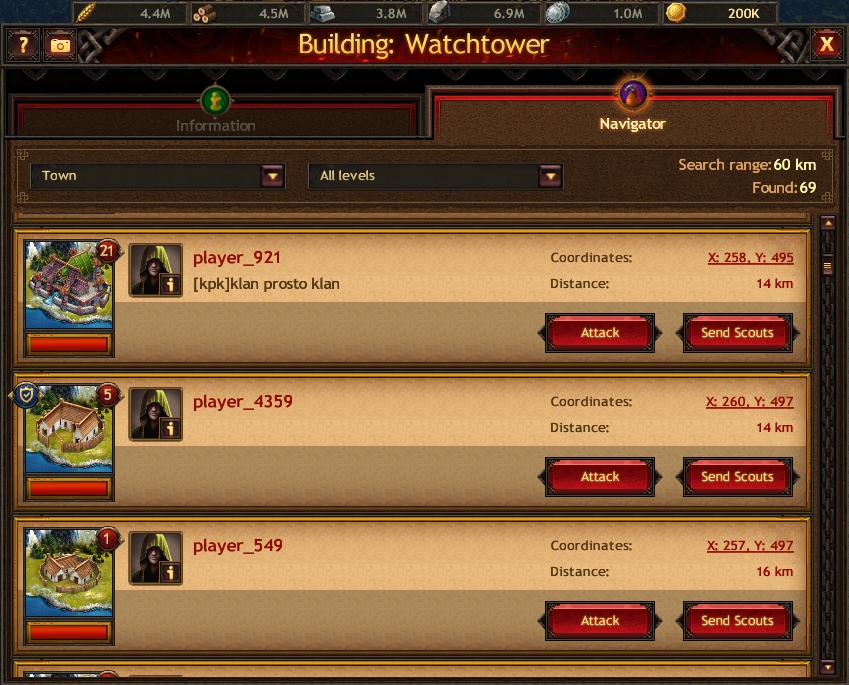 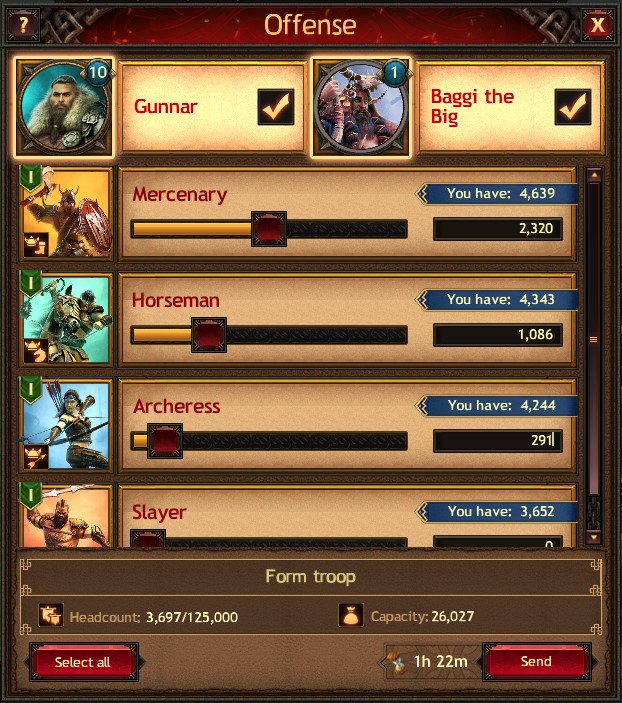 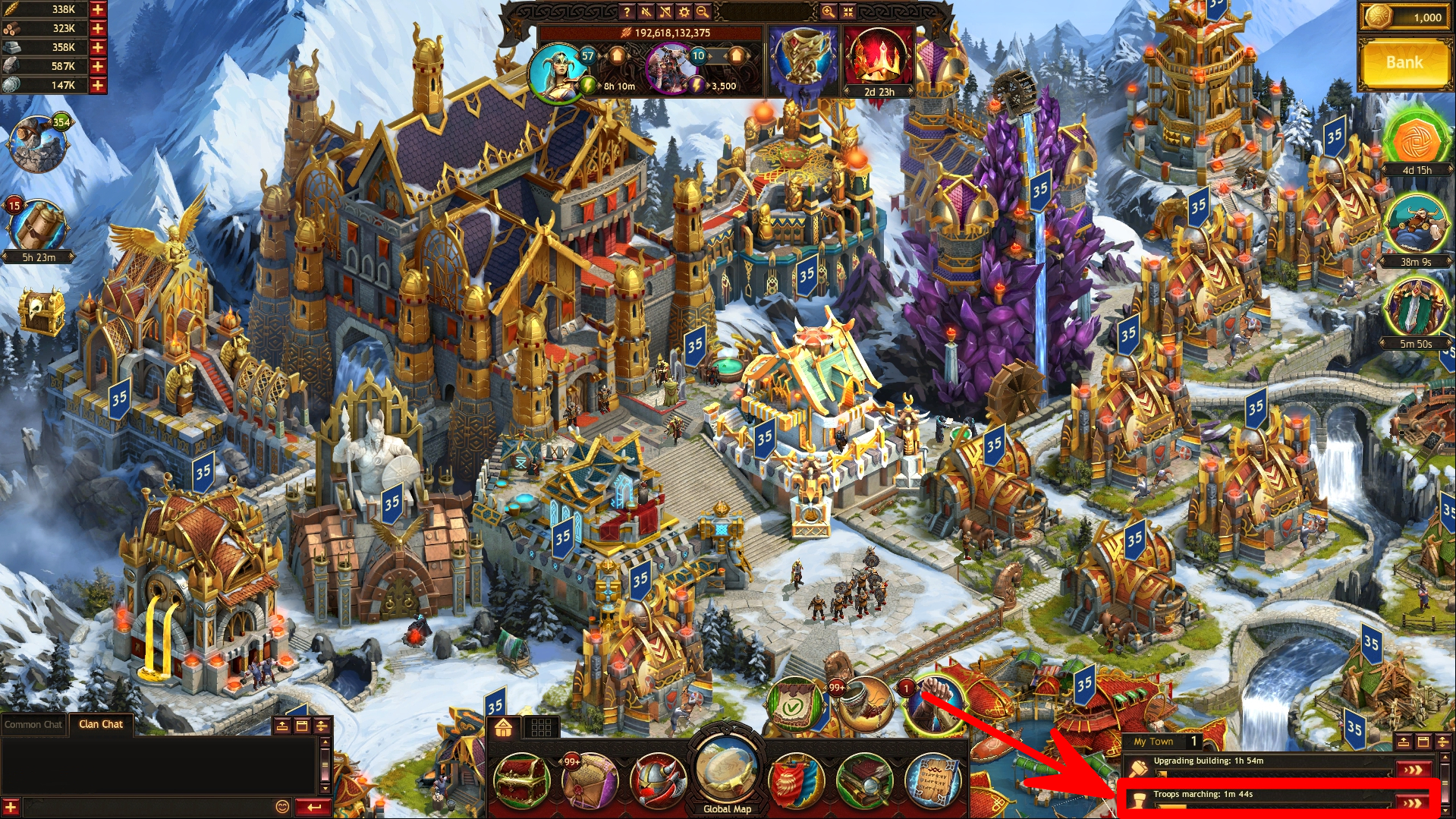 A march can be sped up with a help of boosters., 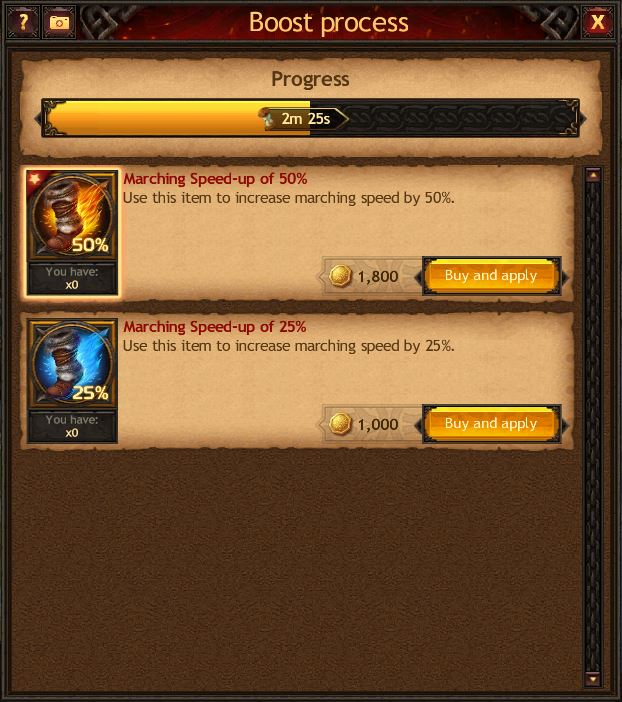 You can find all the information about the outcome of a march in reports sent to your Mail.

If you are a Clan member, you can share the following types of military reports with your clansmen: 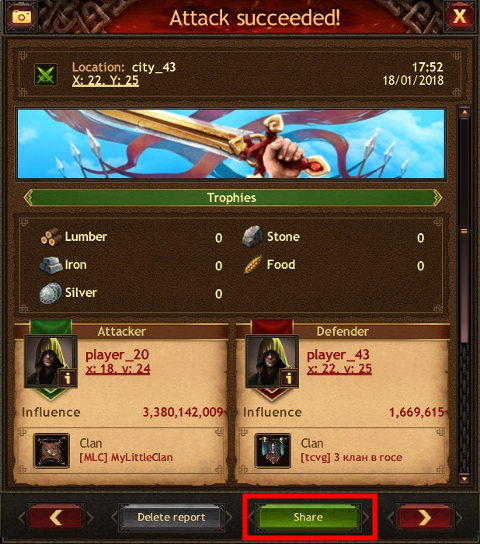 If your attack on a resource location was successful, your troops stay there to yield resources. Stay alert: other Jarls can attack the location during this time. 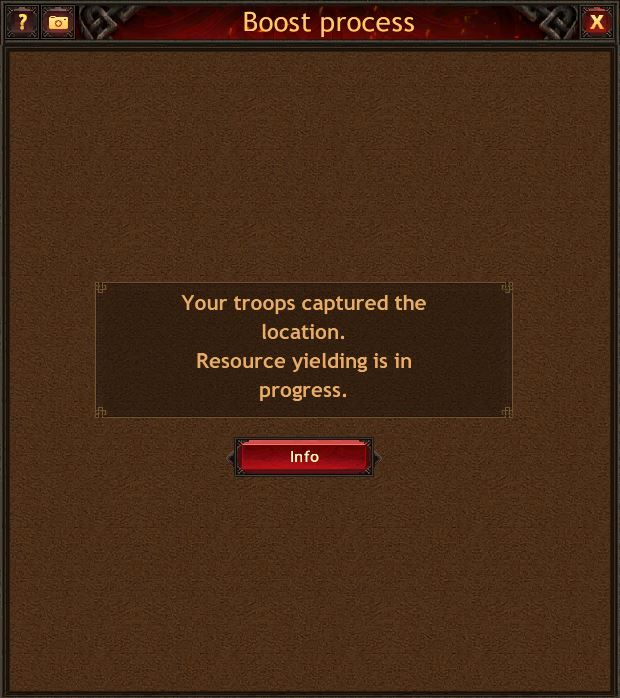 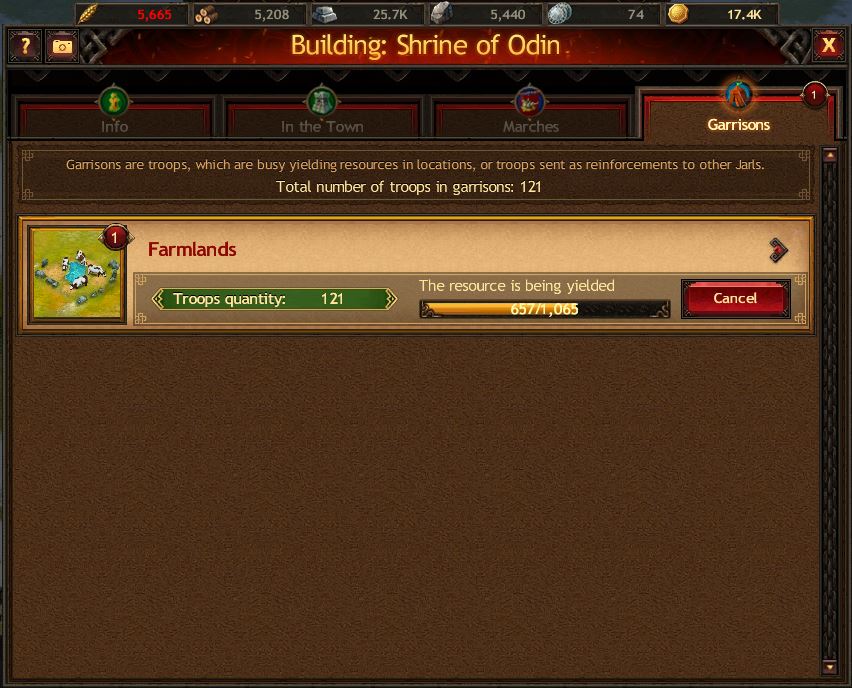 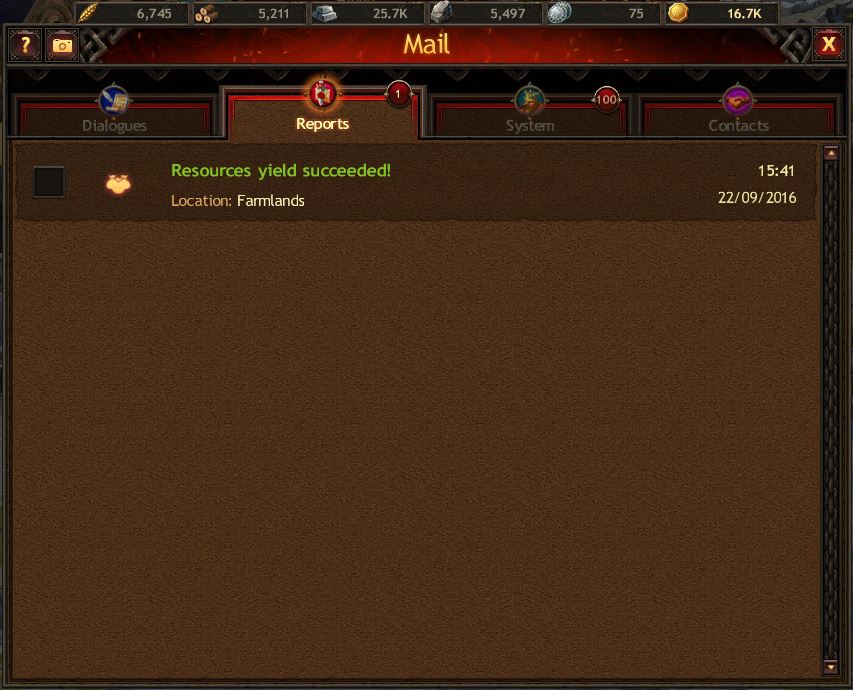 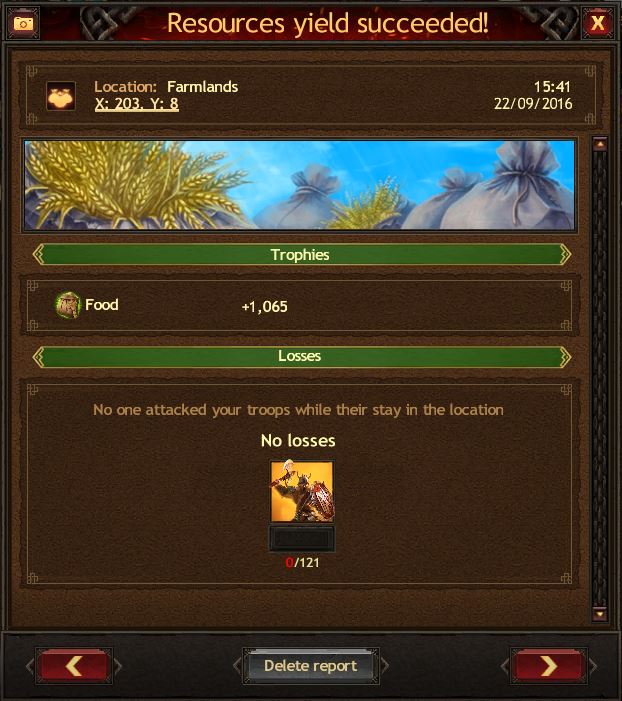 The Town of another player may be surrounded by a protective aura. This means that the Town has concluded a Peace Treaty and you cannot attack or spy on this location until the Peace Treaty expires.

Please note that even a successful attack on the Town of a Jarl whose Palace is below level 6 won't bring you trophies in the form of resources.