Onslaughts are joint attacks performed by the members of one Clan on Towns of other Jarls or Fortresses.

Requirements for forming and joining an Onslaught:

The War Bloc allows you to form Onslaughts and participate in them. Upgrade this building to increase the maximum number of warriors in an Onslaught. To do that, you will need resources and the special Warrior's Draft item. 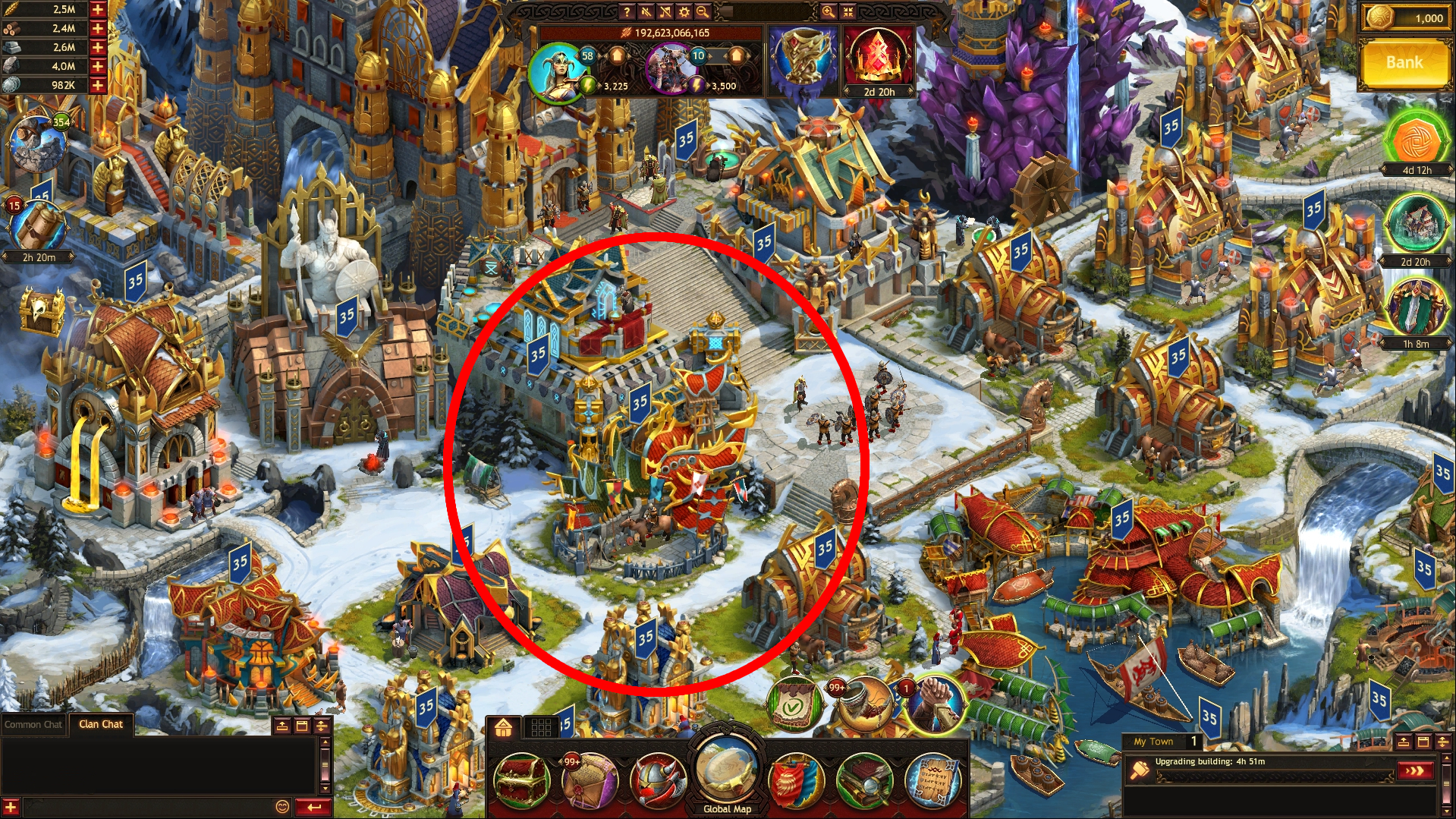 To form an Onslaught, open the Global Map, find the object you wish to attack, and hit the "Onslaught" button. Then select a time after which the gathered troops will march towards their goal: 5 minutes, 15 minutes, 30 minutes, 1 hour, or 8 hours. After that, the standard window for forming a troop for an attack will open. If you are the Onslaught initiator, you must send at least one troop on the march. 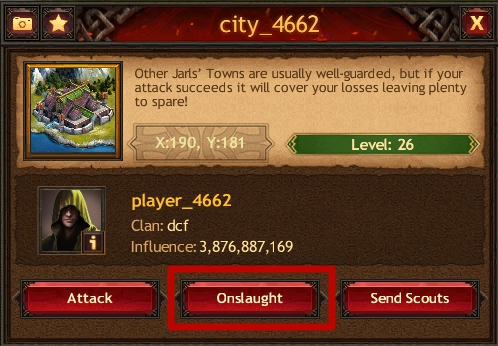 To participate in an already formed Onslaught, open the Onslaughts tab in the War Bloc and hit the "Participate" button in any free slot for troops. If you haven't built the War Bloc in your Town, you will still be notified that your clansman has formed an Onslaught, but you won't be able to see information about the march or join it. (Read the details about how to form and participate in an Onslaught in the next section.)

Please take note of the instant Onslaught function. You can start a joint attack immediately without waiting until the timer expires, even if there is an incomplete number of warriors in the Onslaught. The main requirement for an instant Onslaught is to gather at least 25% of the initially set number of warriors. If the percentage is lower, then you need to wait until the timer expires. 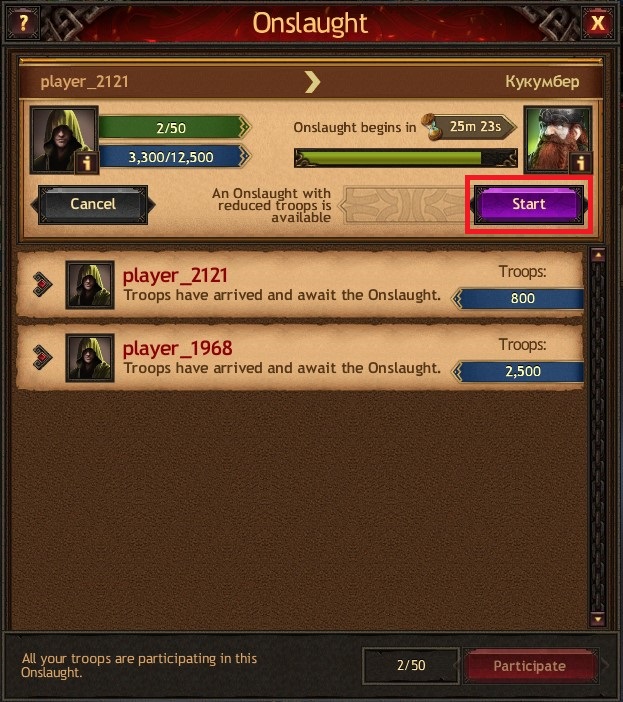 During global Competitions, a Jarl can participate in an Onslaught only if the Jarl is in the same Kingdom where the Onslaught is taking place.

In the icy world of Jotunheim, it's also possible to form Onslaughts or join them. 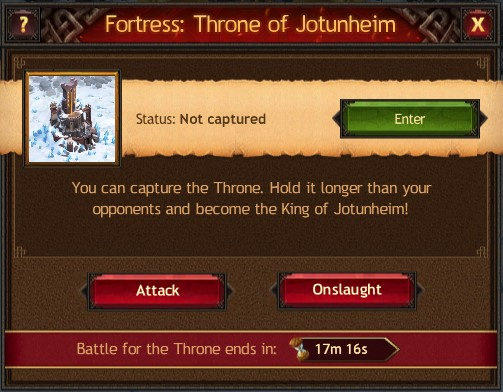 An Onslaught can be canceled due to the following reasons: