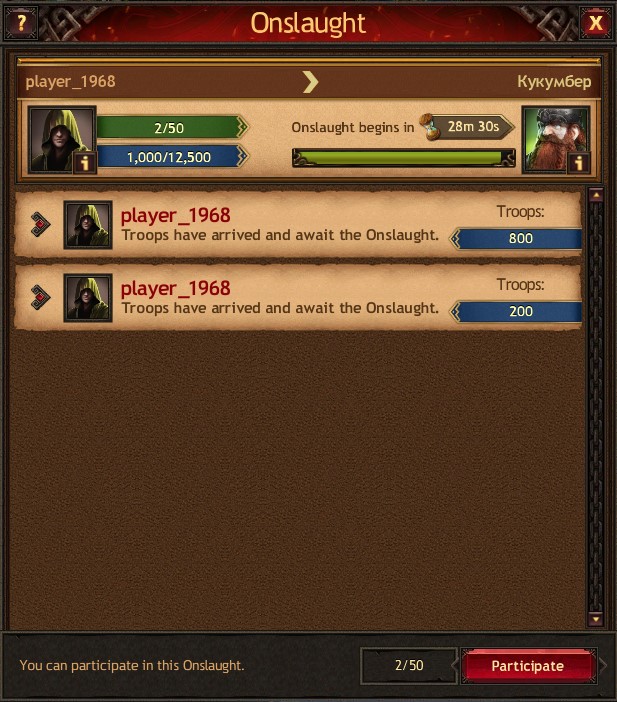 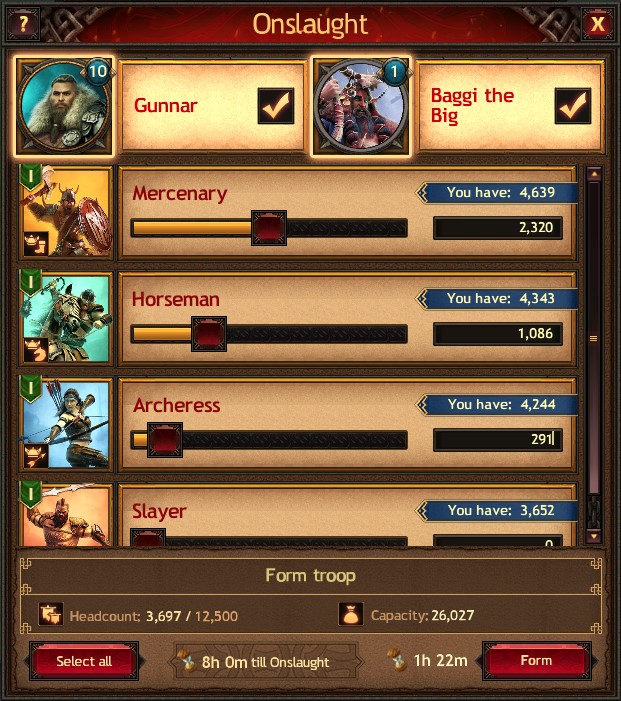 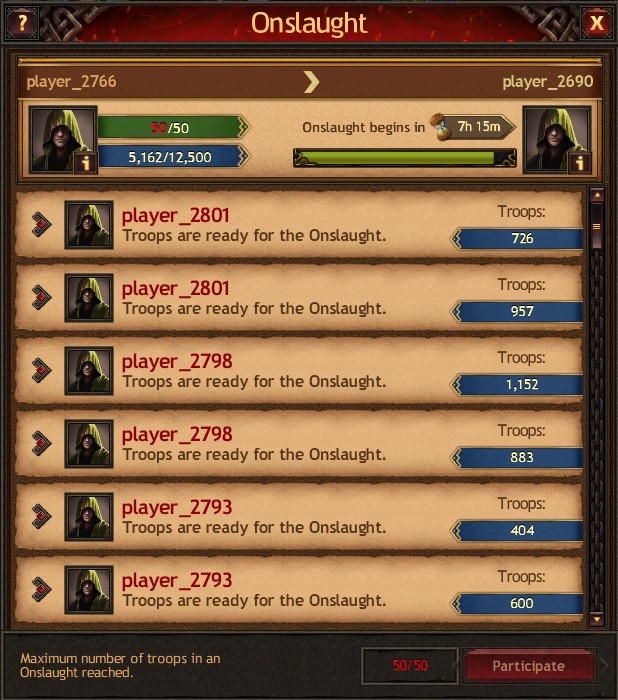 After the battle is over, everyone who participated in the Onslaught receives reports. The report in your personal mail shows you as the attacker, while the report in the "Clan members' battles" section indicates the Jarl who initiated the Onslaught. 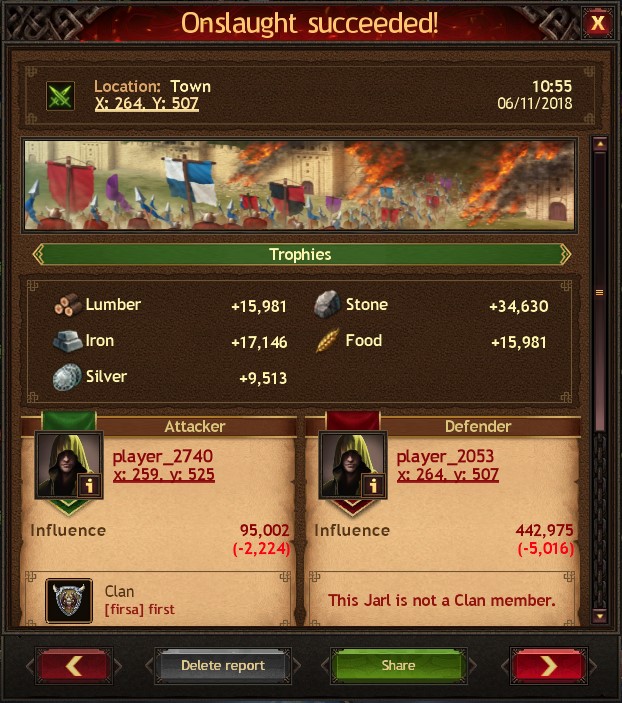