You need resources to construct and upgrade buildings in your Town, to upgrade Knowledge, as well as to maintain your army, and also for other in-game actions. You may also share the resources you have with the members of your Clan.

There are six types of resources in the game: Lumber, Stone, Iron, Food, Silver, and Gold.

You can acquire resources in the following ways:

Gold can be acquired in the following ways:

In addition, Gold can be purchased in the Bank.

To produce resources in the Town, you need to construct the corresponding buildings: 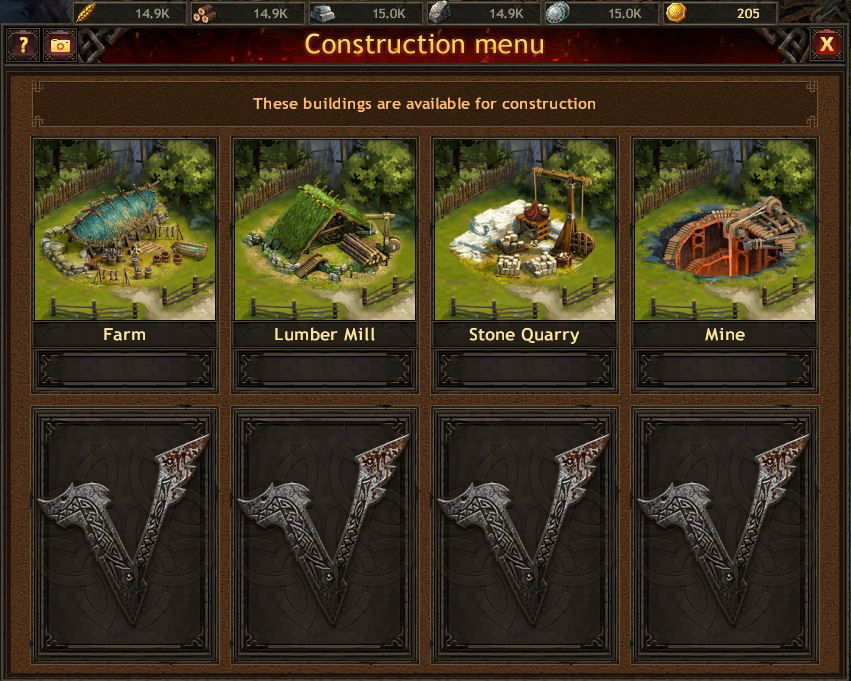 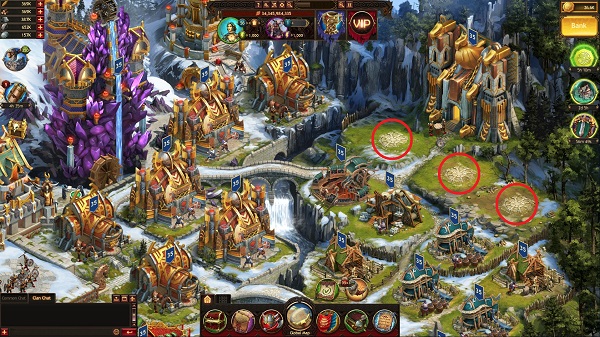 You can increase resource production speed and output by upgrading the corresponding Hero’s and Shaman's Skills, learning Knowledge, and by using special items. You can purchase these from the Item Store, Clan Store, and as part of Bank offers.

You can view the amount of resources produced and consumed in the Statistics tab in the Palace. 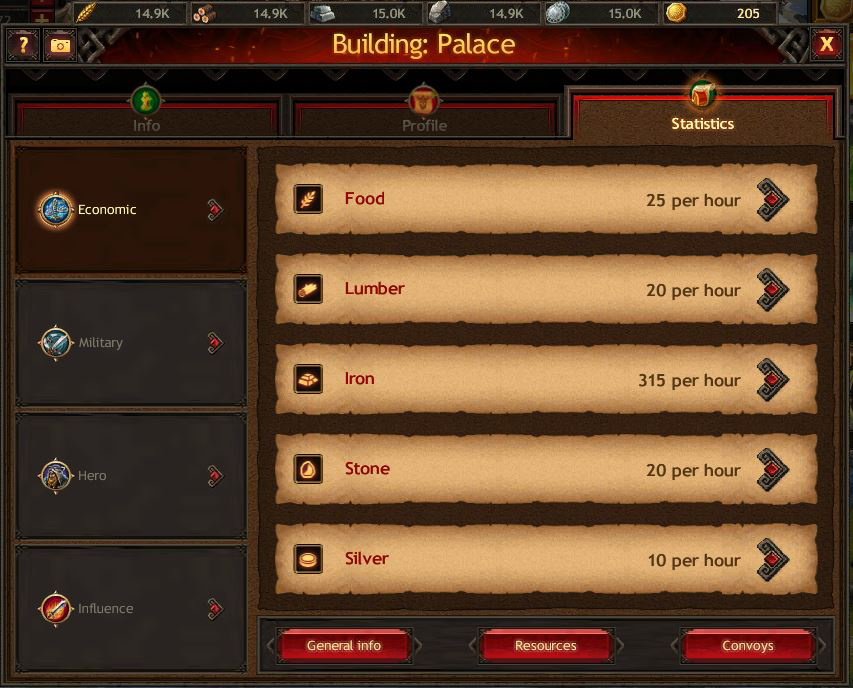 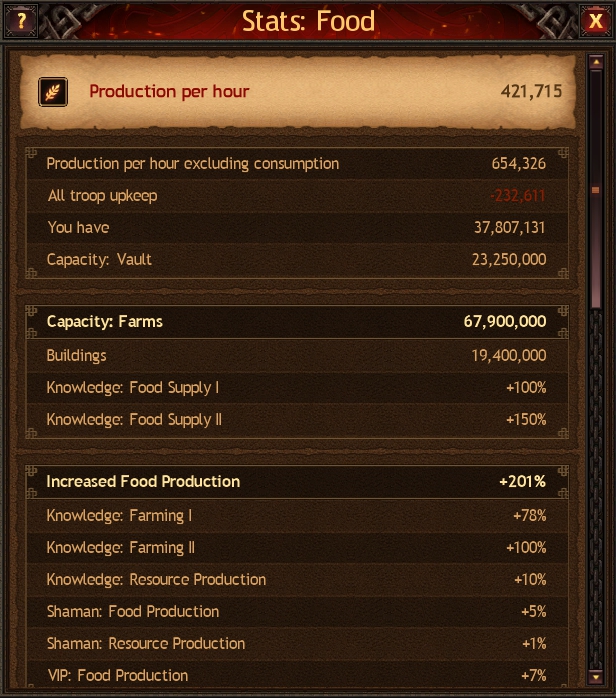 Your clansmen may also send resources to you in the form of trade convoys.

You can win resources as a result of successful marches by your army. These can be attacks on resource locations or Towns of other players on the Global Map. The amount of resources plundered cannot exceed the carrying capacity of the troop you’ve sent. A troop led by a Hero with corresponding leveled Skills has increased capacity.