Boosts are special items that allow you to temporarily upgrade certain stats. You can find all the necessary information about them in the Boosts window. For example, you can find out which bonuses are currently active and how long they will remain in effect.

A marker on the Boosts icon displays the number of boosts that you have. You can also see a counter that shows the time left until the active boost with the shortest duration expires. 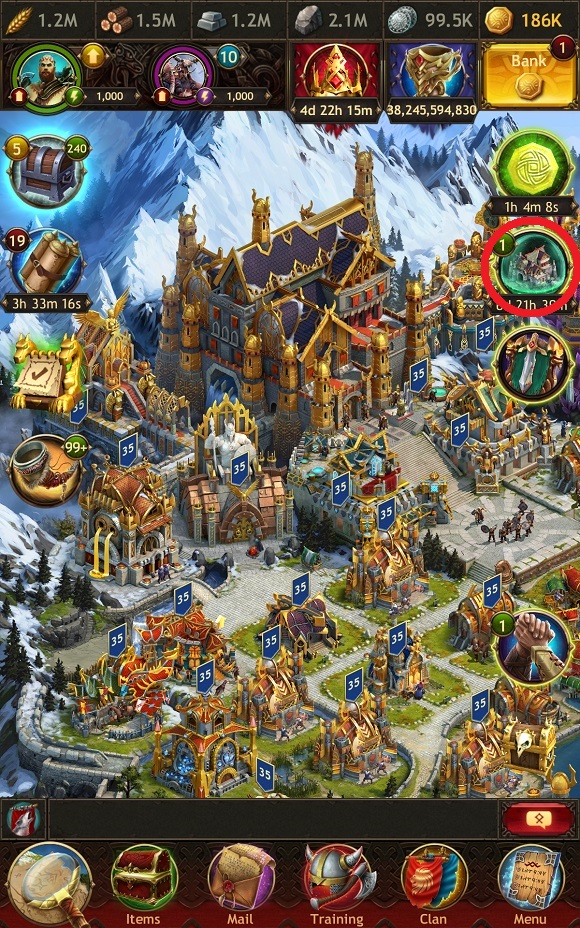 There are five tabs in the Boosts window: Military, Resources, Development, Hero/Shaman, and Favorites. To get quick access to boosts, add them to Favorites by hitting the star button. In this tab, you can also see all active boosts.

Several boost categories are shown in each tab. 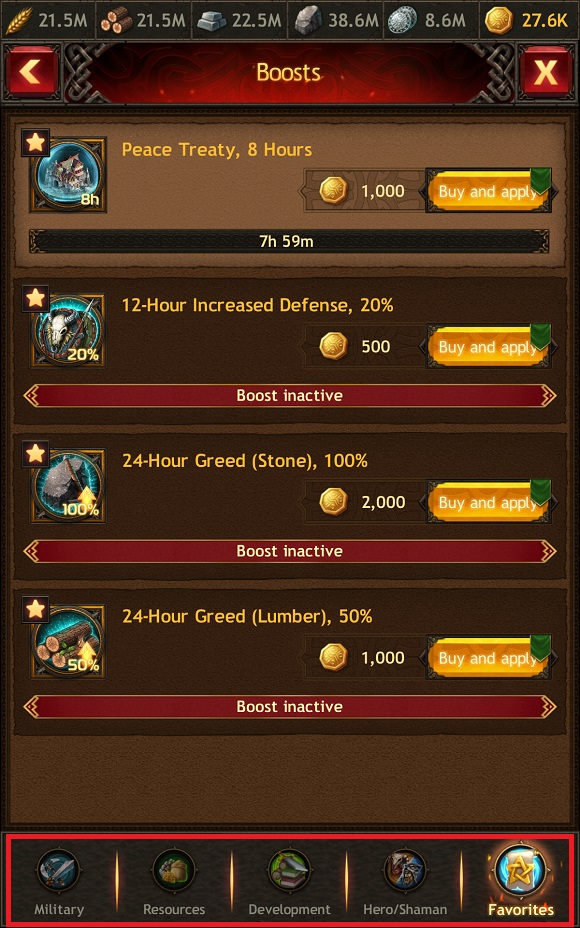