The Clan Stronghold is a special Fortress constructed by Clan members.

Inside the Stronghold, you can construct Clan buildings, learn additional Knowledge, study Drafts of Hero's special equipment, produce unique resources necessary for further development of the Clan Fortress, and much more.

The Clan Stronghold is surrounded by the Valley of the Aesir. Clan members get additional bonuses by placing their Towns in this area. 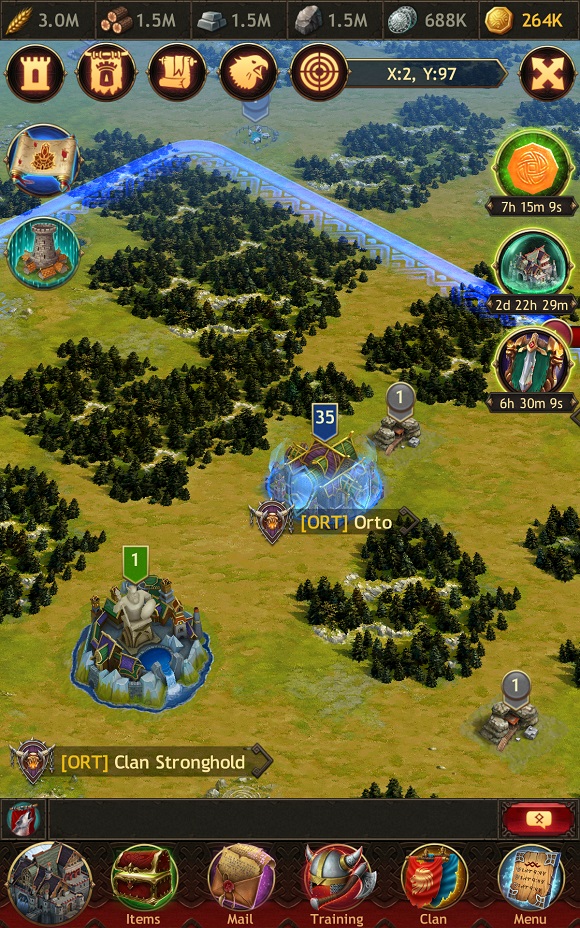 Each Clan can have only one Stronghold. The constructed Stronghold cannot be relocated.

Note that the processes taking place in the Clan Stronghold are not influenced by:

Only bonuses that you receive for victory in the Clans Battle global Competition influence processes in the Stronghold.

The Clan Stronghold has its own Influence stat. To increase it, construct and upgrade Stronghold buildings and learn Knowledge in the Shamans' Residence. But remember: the Influence points you receive won't count towards personal and Clan achievements in Competitions, except the Clans Battle Competition.