You can fuse gems and transform them into Precious Dust in the Workshop.

Fusing allows you to create one gem of a higher class from four identical gems. For example, 4 Simple Opals = 1 Usual Opal. Gems of all classes except for Legendary can be fused.

To increase the gem class, go to the Fusing tab of the Workshop, select the gem you need, and hit the "Fuse" button. The number of gems used for fusing can be altered with the slider. 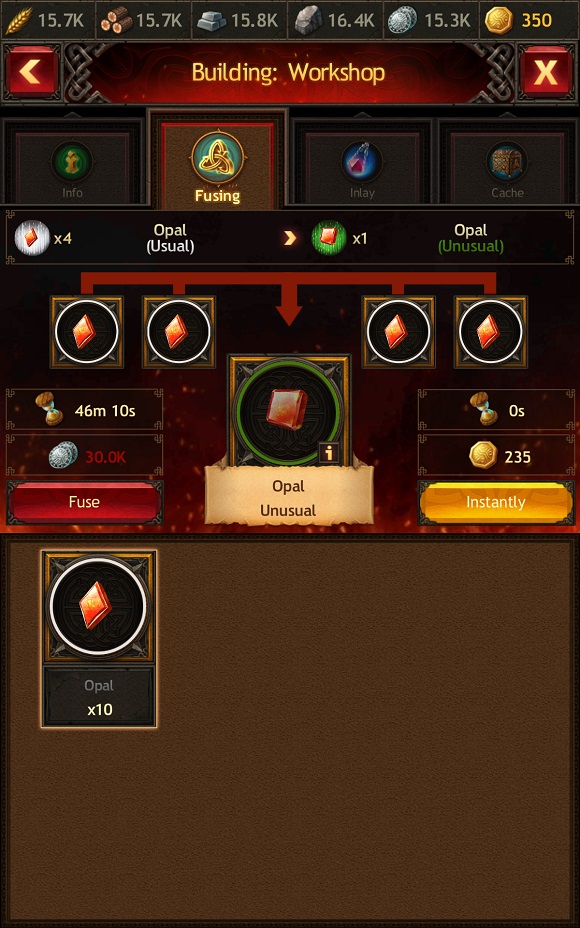 If you want to create several gems at once, use the multifusing function — it fuses eight or more identical gems. 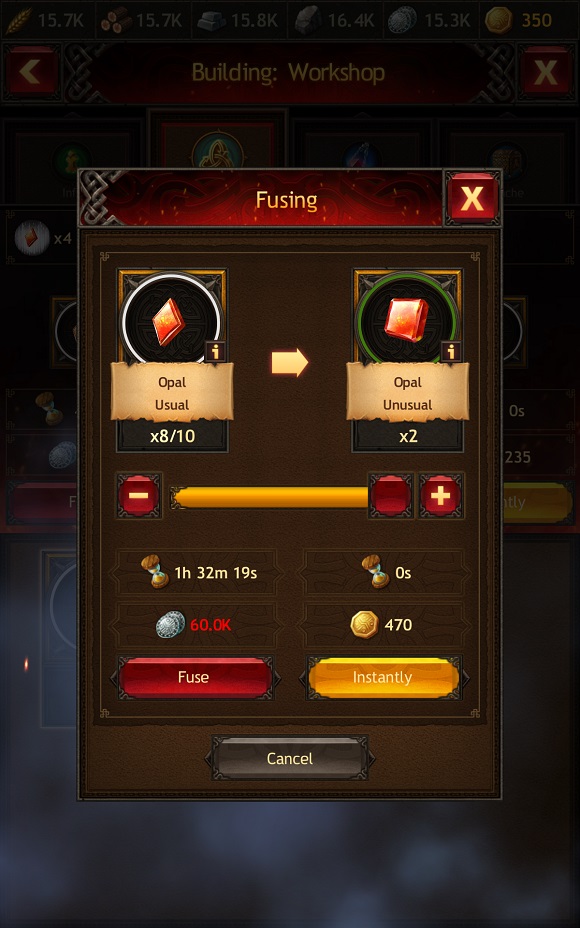 Gems are fused for time and Silver, or instantly for Gold. The cost and duration of the fusing process depend on the class and the number of gems, as well as on the Workshop level. The higher the resulting gem's class, the more expensive the process. You can reduce the gem fusing time by using boosts.

If there are less than five minutes left until the end of fusing, the "Boost" button is replaced with the purple "Free" button. Hitting this will finish the process. The free autocomplete time can be increased if you have VIP status activated or have certain bonuses. Please note: some VIP status bonuses allow you to fuse gems instantly. When using multifusing, the autocomplete time is added together.

If you have less than four identical gems, then empty slots are highlighted red. This means that fusing is currently unavailable. 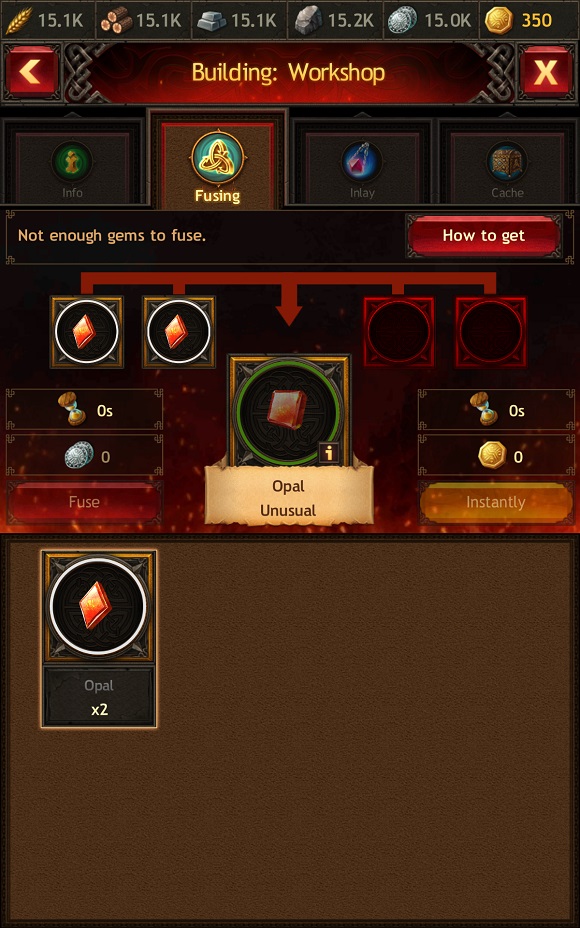 In the Workshop, you can transform Legendary gems to get Precious Dust. It is needed for building the Tower of Odin and activating Siege status in the Clan Stronghold, as well as for upgrading Clan buildings and learning certain Knowledge in the Shamans' Residence.

Read more about this in the Clan Stronghold section.