Invaders are unique opponents that appear on the Global Map. Their health reserve is considerable, which is determined by their level. Level 1 Invaders are the most vulnerable, while level 6 Invaders pose the greatest threat. So, the lower the Invader's level, the easier it is to defeat them.

If you attack Invaders, you get valuable rewards, such as resources and other bonuses, as well as special materials needed to craft Invaders’ equipment. 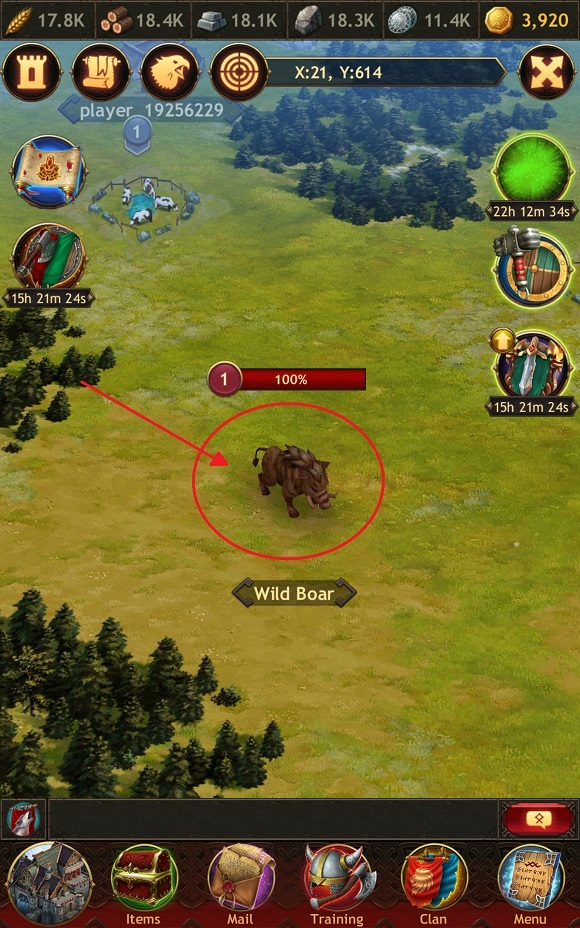 Uber Invaders are special and the most dangerous type of Invader. They possess a greater number of lives, making them stronger than level 6 Invaders.

By attacking an Uber Invader, you can get materials of different Invaders, which can be used for crafting unique Invaders' equipment, and gems. In addition, during Competitions you earn more points for attacking Uber Invaders than ordinary Invaders.

Only Jarls who have learned the “Unlock Invaders” Knowledge corresponding to the Invader’s level can attack Invaders and Uber Invaders.

Please note: the “Unlock Invaders I” Knowledge allows you to attack Uber Invaders as well. The mechanics of attacking Invaders and Uber Invaders is exactly the same as attacking resource locations and other Jarls’ Towns. The Hero’s energy reserve must also be sufficiently high for an attack.

Only the Hero can attack Invaders and Uber Invaders, and this uses energy. The stronger the Invader, the more energy required to perform the attack. You can increase the Hero’s energy to 500,000 units using the Hero’s Energy items. 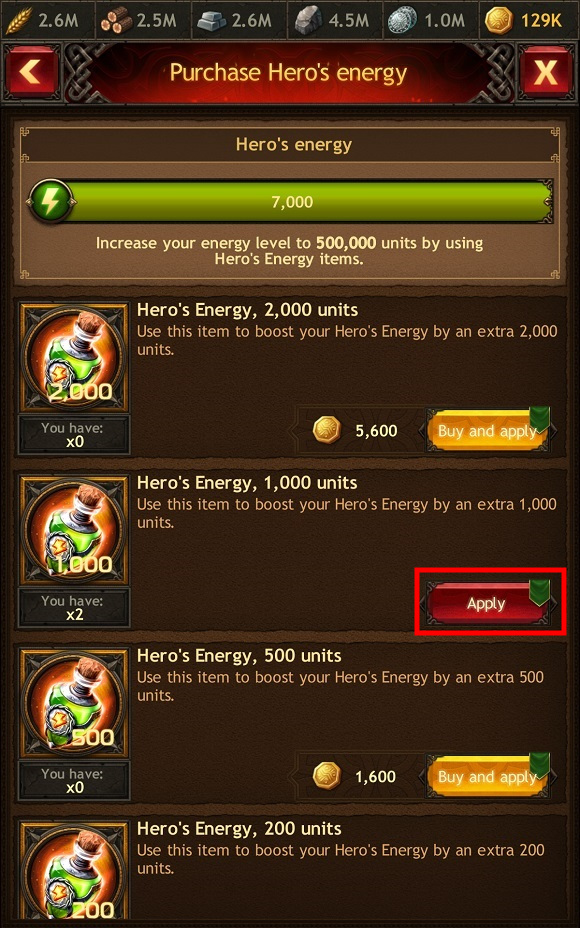 There are two types of attacks used against Invaders and Uber Invaders: normal and enhanced.

During a normal attack, the Hero inflicts only 1 hit to an opponent and uses a fixed amount of energy.

During an enhanced attack, the Hero inflicts several hits to an Invader, using a greater amount of energy than in a normal attack.

Players should note that there is a Sustained Attack mechanic in the game. It works in the following way: if you land several attacks on an Invader or Uber Invader within an hour, hence making it a series, your Hero’s offense is increased with every new attack. By default, the maximum number of attacks is 5. This number of sustained attacks (in which you have additional offense as a bonus) can be increased if you learn the correspondent Knowledge and Hero’s Skills. 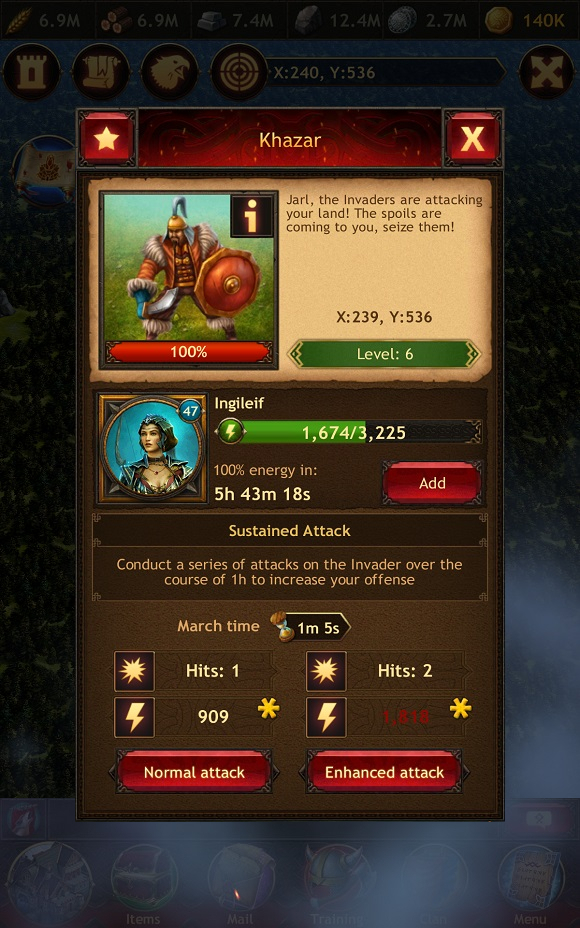 An Invader's Lair is a location that appears on the Global Map after you or another player destroys an Invader. By attacking the Invader's Lair, you get resources as well as a chance to get materials. 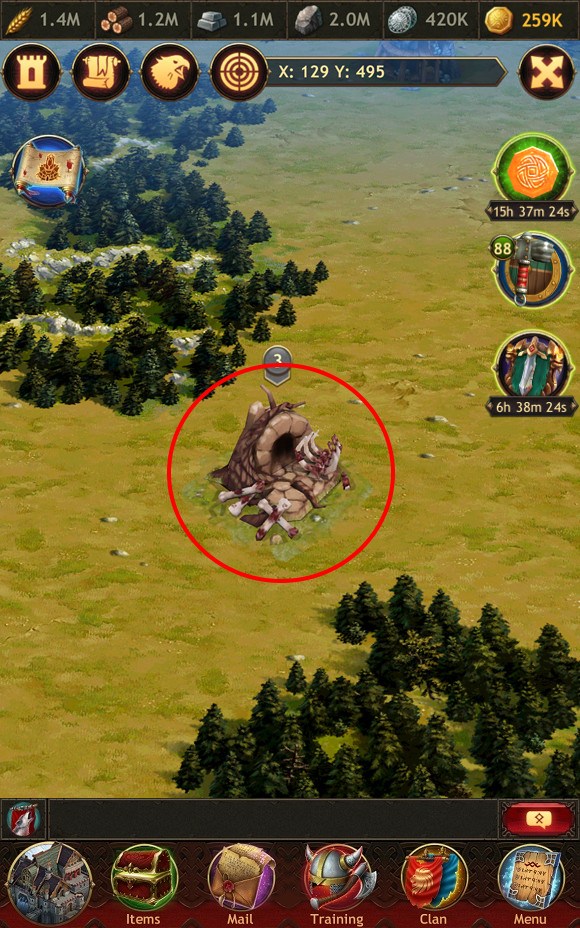 Special materials can only be obtained when the Hero attacks Invaders or Uber Invaders, or when yielding in their Lairs. These materials are used to craft unique Invaders’ equipment, which has far better bonuses than standard equipment. 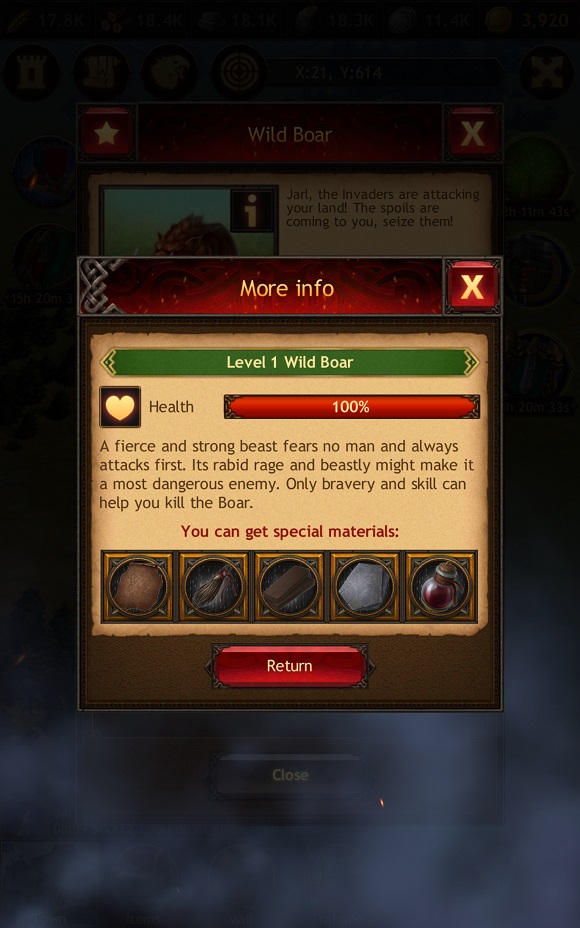 Invaders’ equipment is a set of special items that can only be crafted in the Forge using special materials obtained by attacking Invaders and Uber Invaders or by yielding in their Lairs. Invaders' equipment has higher characteristics than standard equipment. 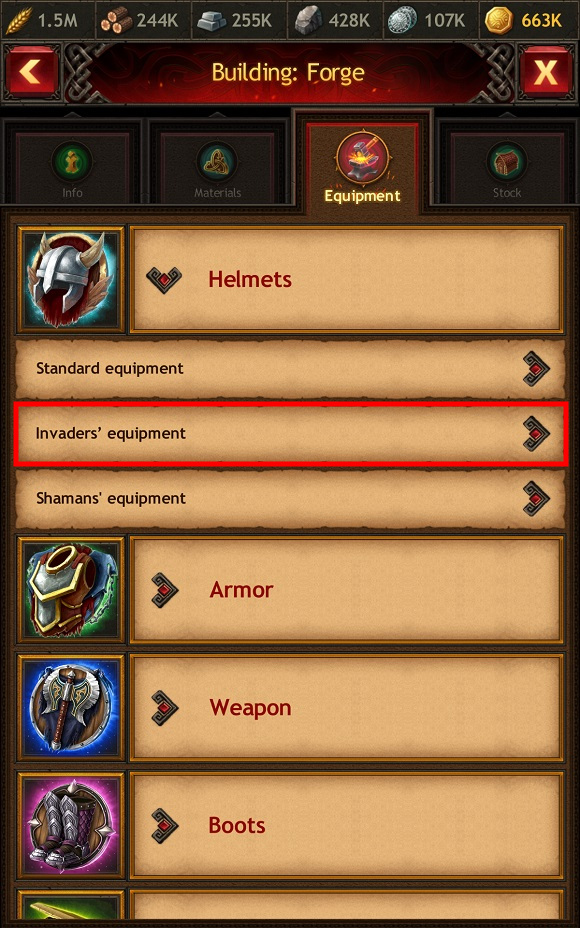