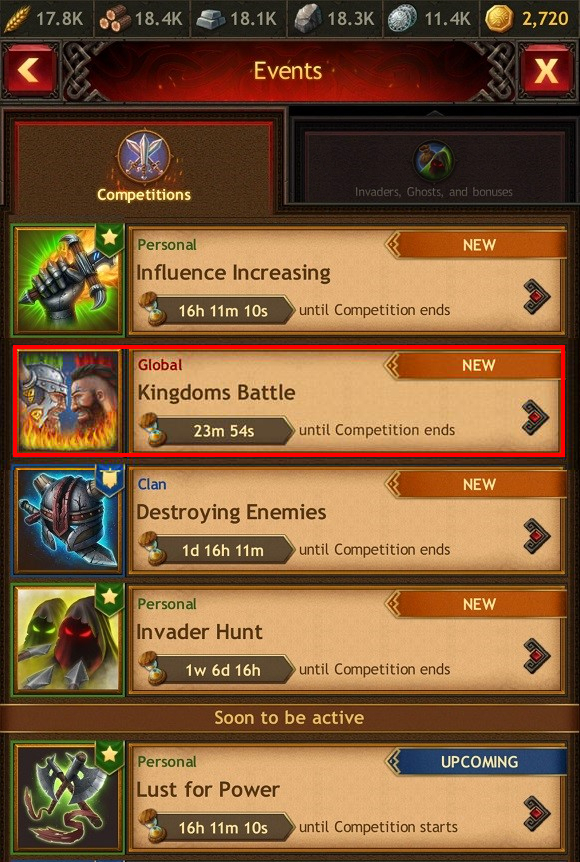 The Competition takes place in three phases, each of which lasts 24 hours. To win a certain phase, your Kingdom needs to earn more points than the opponent Kingdom. The Kingdom that earns the most points in two phases wins the Competition.

Every Jarl can participate in the Kingdoms Battle. Jarls who are not Clan members, however, cannot relocate to an enemy Kingdom by using the Great Relocation item. To earn points, they need to fight the enemy Jarls who have relocated to their home Kingdom.

To find out which Kingdom is your opponent in the Kingdoms Battle, you can: 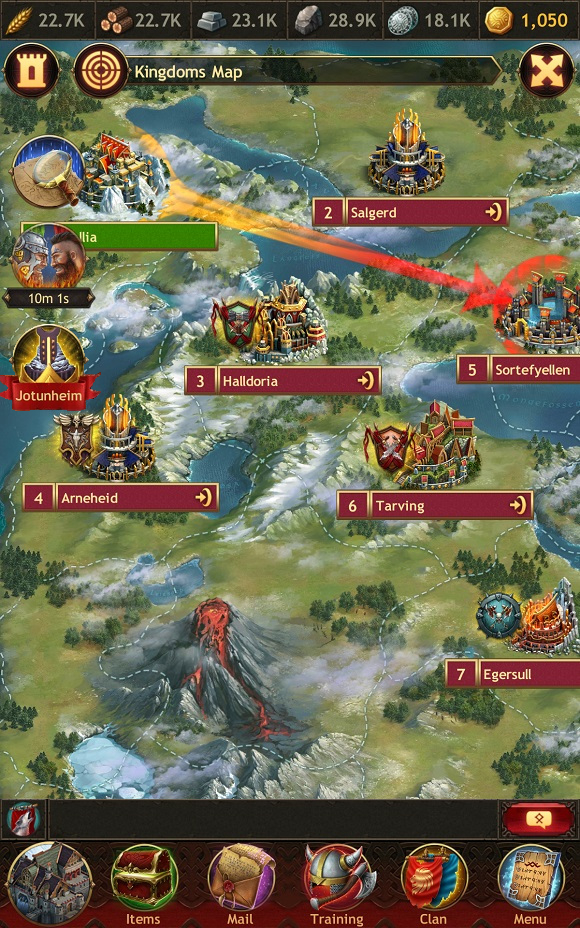 Important: Kingdoms created less than 30 days ago do not take part in the Kingdoms Battle.