Marches are troops sent to perform an attack or espionage, as well as reinforcements and convoys. Warriors always choose the shortest way and march in a direct line.

All marches are marked graphically on the Global Map. Your troops have the following color markers:

Troops of enemy Jarls marching towards your Town are also marked in red, but in a lighter shade.

Marches that have nothing to do with you are marked in gray on the Global Map.

Any Jarl can see all marches on the Global Map except espionage, but they all look like military troops (a circle of five warriors). The exceptions are marches on Invaders, Uber Invaders, and Ghosts performed by the Hero or a Shaman. The movement of a scout troop can only be seen by the Jarl who sent it. 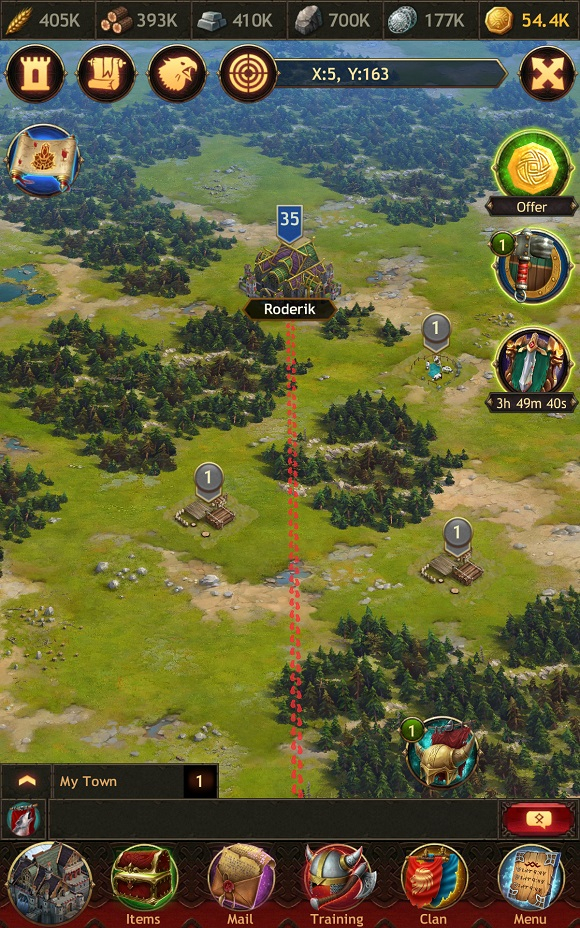