All Clans are split into following Leagues according to the number of Influence points they possess. There are seven Leagues: 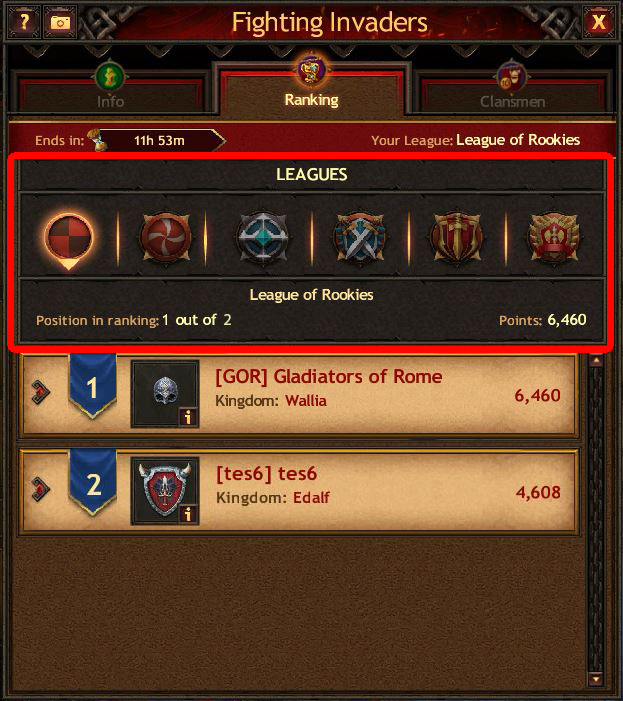 Information about your Clan’s current League is indicated in both the Info tab and the Ranking tab. Your Clan can enter a higher League once the Clan members have gained enough Influence points to reach a threshold. However, by losing some Influence points your Clan can end up in a lower League. Shifting between the Leagues is only possible after the Competition is over. 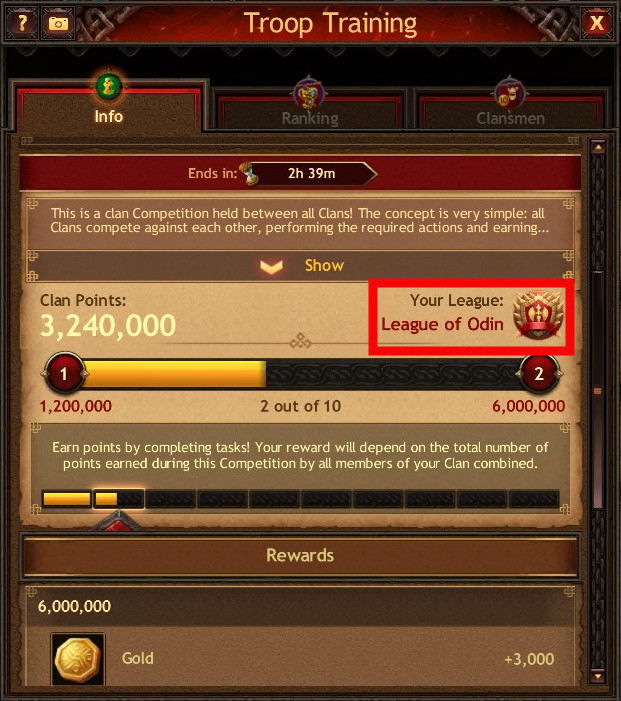 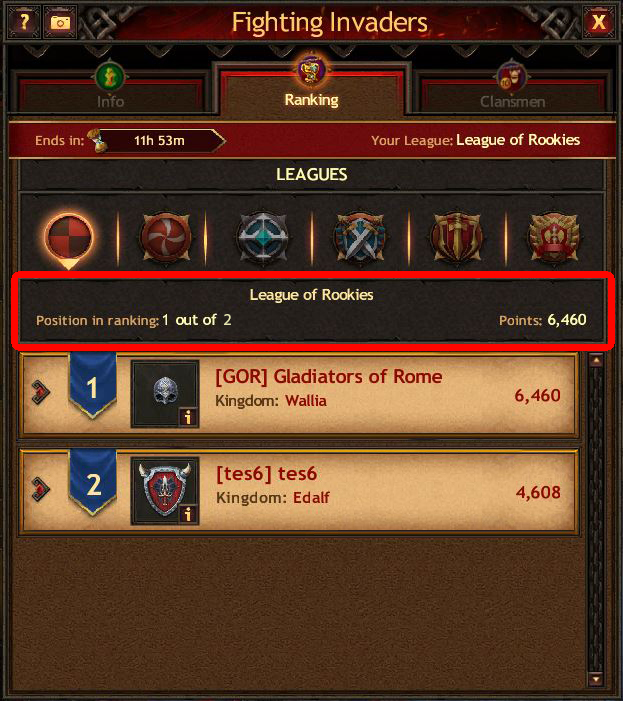 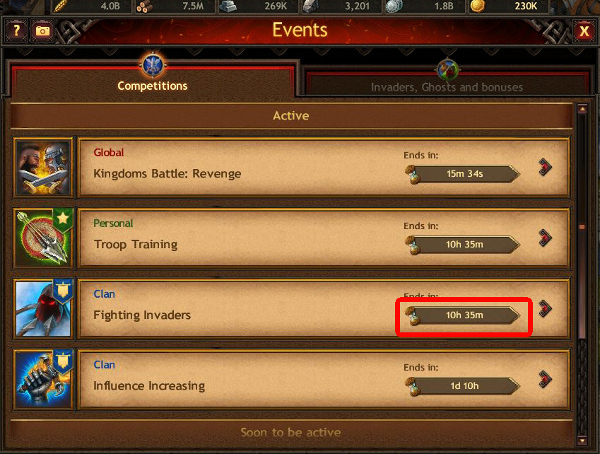 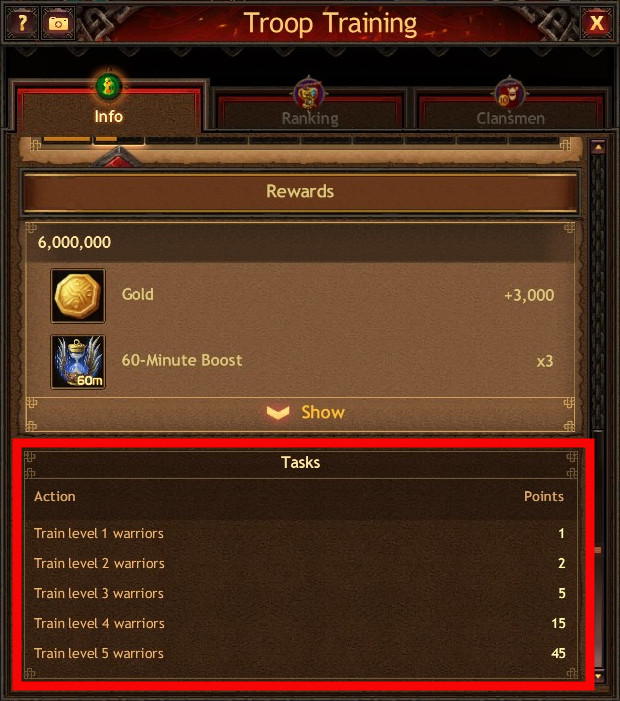 By completing the tasks, the members of the Clan earn points required to pass the checkpoints. Each checkpoint requires a certain number of points. 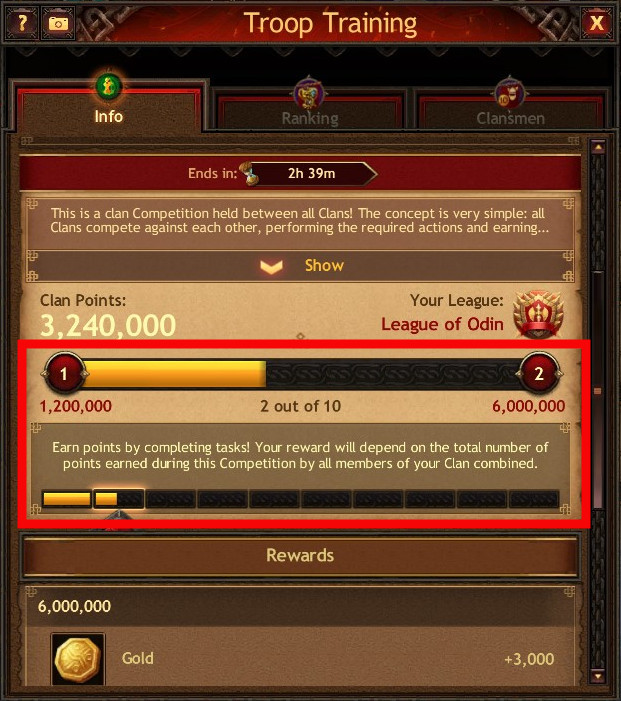 Once the checkpoint is passed, the members of the Clan get the reward indicated in the “Info” tab. Please note that only those who have earned at least one point during the Competition will get their reward. Clansmen who have earned no points get no reward. 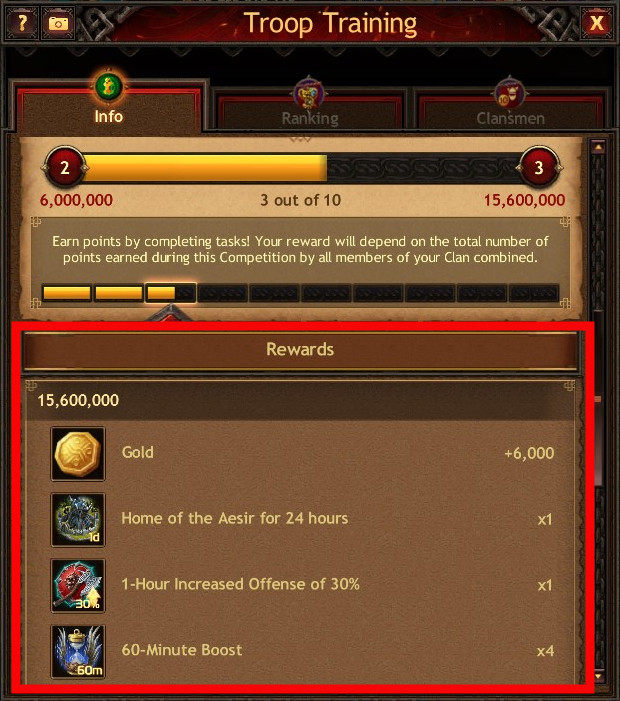 You may complete tasks any number of times until the Competition is over. The more points you earn, the better your chances of taking a top place are. The total number of points earned by your clansmen is indicated in the Clansmen tab. 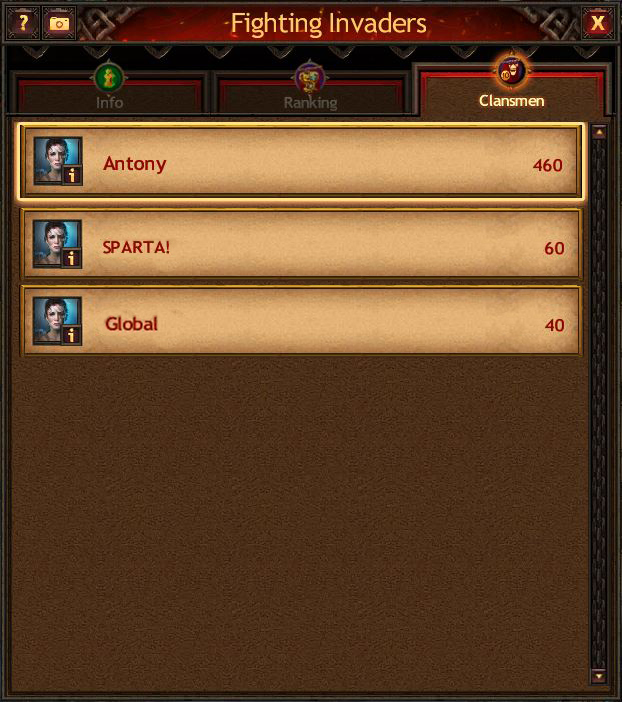 The members of the Clans taking top places will get additional rewards. The Ranking tab displays the winning Clans for each of the Leagues. 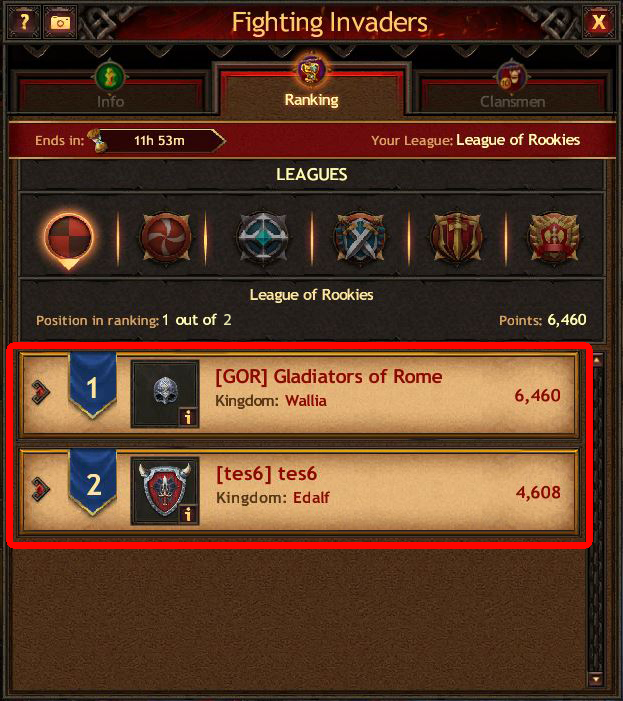 By clicking the Clan name, you will see the reward its members will get if they win. The higher the League, the more substantial the reward. 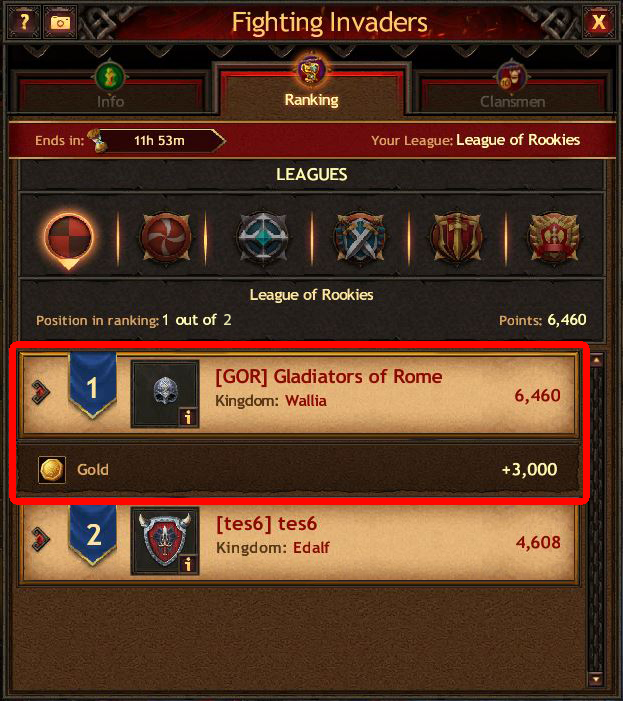