Every Clan is assigned to one of the Leagues depending on its Influence: 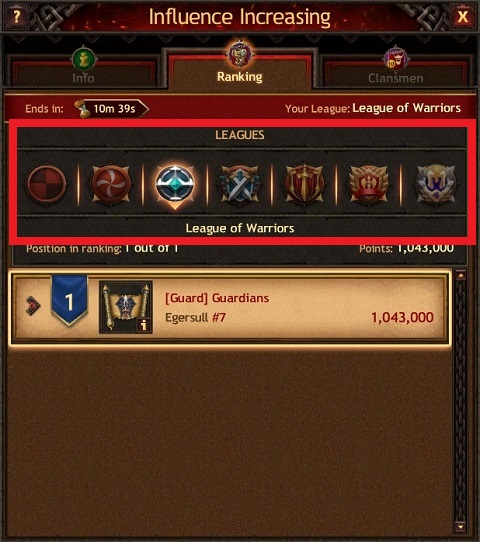 The League your Clan is currently in is shown in two tabs in the Competition window: Info and Ranking. To move into a stronger League, a Clan needs to earn a certain number of Influence points. If a Clan loses points, it can drop to a lower League. 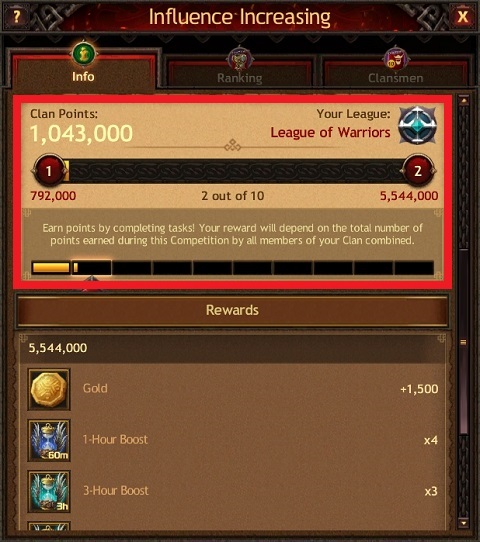 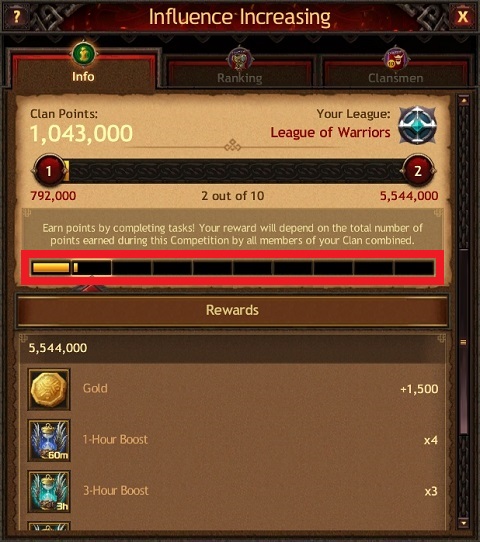 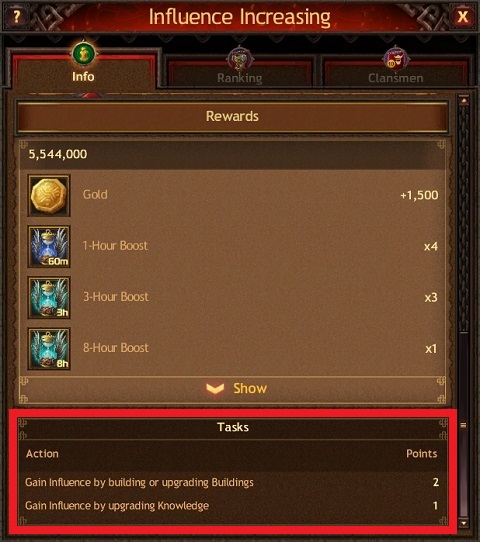 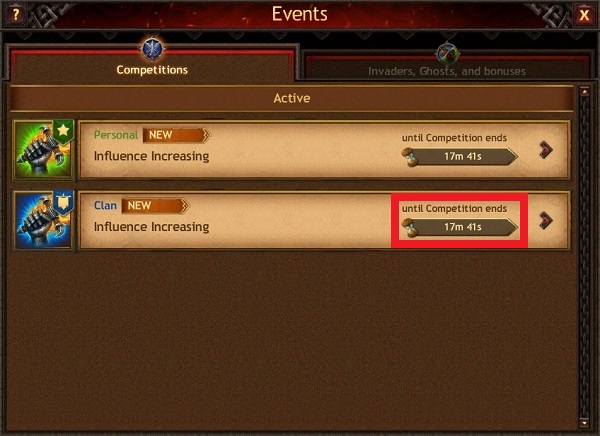 Clan members earn points for every completed task. After earning enough points, Jarls pass one of the checkpoints and get a reward. The points earned by your clanmates are shown in the Clansmen tab of the Competition window. 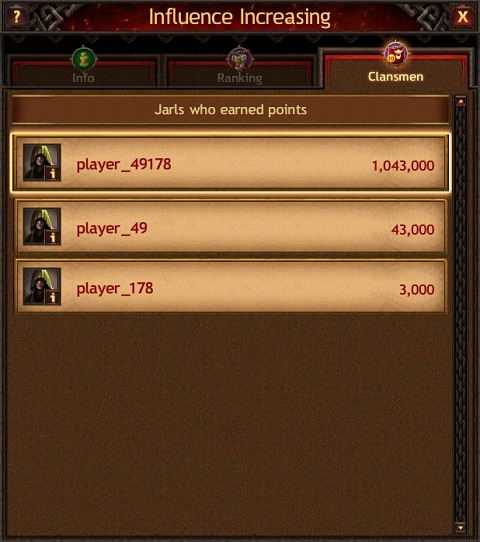 The more points your clanmates earn, the higher the chance that the Clan will take one of the top places in the Competition ranking. If this happens, all Clan members receive an additional reward. 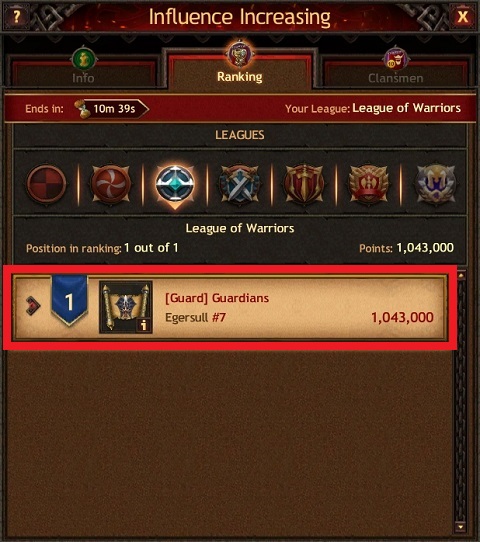 By selecting the Clan name, you can view the reward that the Clan's Jarls will get if it wins. Its value depends on the Clan's League. 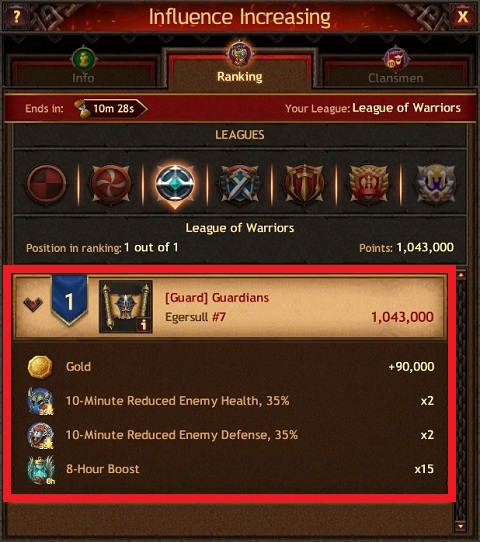 Please note: the reward for clan Competitions is given to Jarls who earned at least one point during the Competition. Those who didn't perform Competition tasks don't receive any reward. 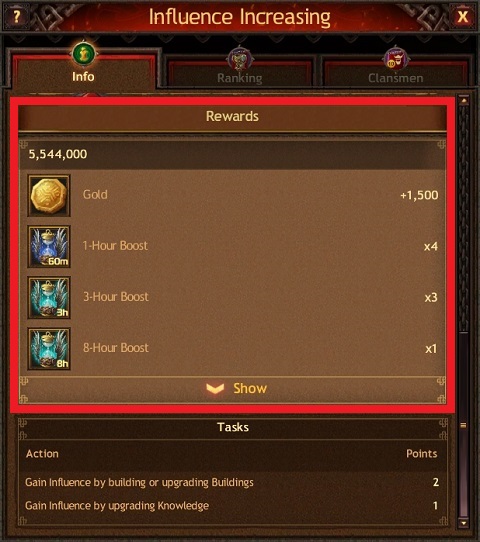