Every Jarl is assigned to one of the following Leagues based on the Palace level: 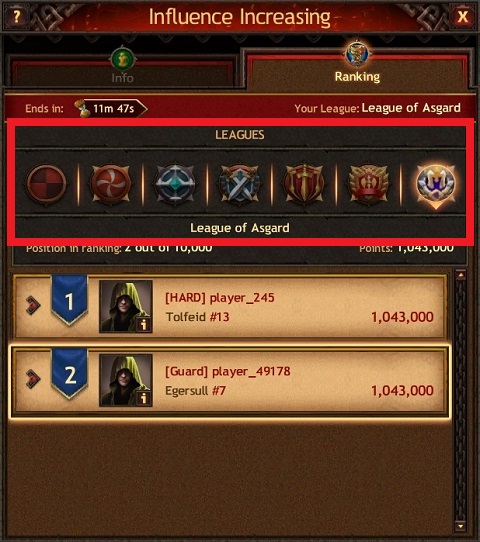 The League you are currently in is shown in two tabs in the Competition window: Info and Ranking. To move into a stronger League, you need to upgrade your Palace to a certain level. 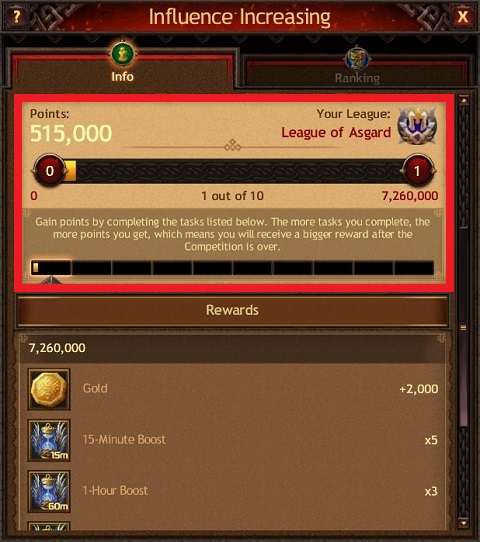 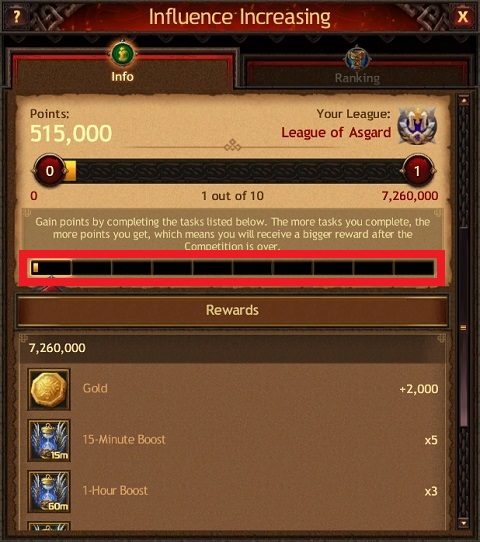 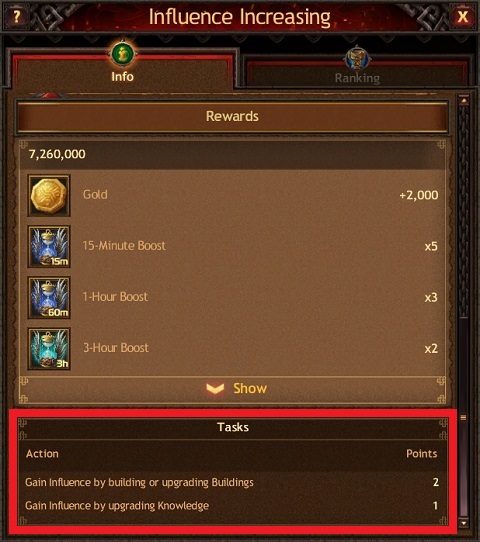 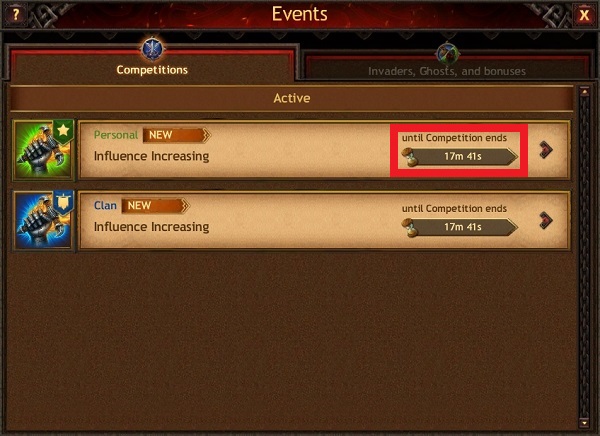 You earn points for every completed task. After earning enough points, you pass one of the checkpoints and get a reward.

Jarls who get into the top 100 participants of the Competition receive additional Gold. The higher the position in the ranking, the higher the reward. Jarls who take the top five places receive various items and boosts in addition to Gold. 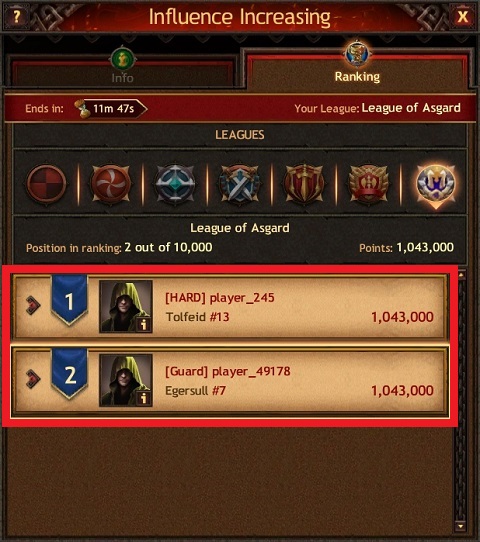 To find out what reward a Jarl who has taken one of the top places is going to receive, select the Jarl's name in the Ranking tab. 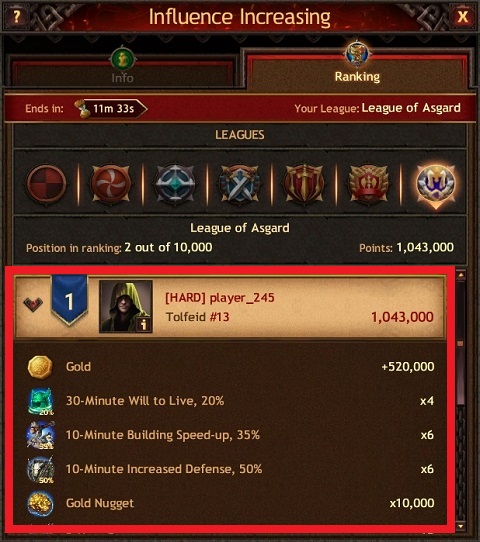 Please note: during some Competitions, you lose points as well as earn them. So, for example, demolishing a building in the Town will lead to a decrease in the number of points earned in the Influence Increasing Competition.