Ghosts are distributed on the Global Map in the same way as Invaders: Ghosts located farther from the Place of Power have a lower level and less health.

To banish a Ghost of a certain level, you need to learn the corresponding "Unlock Ghosts" Knowledge. Remember that only Shamans can banish Ghosts, and they need enough power to do so. The more dangerous the Ghost, the more Shaman's power it will take to banish it. The base amount of power of a newly summoned Shaman is 1,000 units, and the maximum possible amount is 500,000 units.

Shaman's power restores automatically over time. You can increase the restoration speed by upgrading the Shaman's Skills, learning Knowledge in the Oracle, activating Town Skins, and placing your Town in the Valley of the Aesir. Remember that power is restored for the active Shaman only. Power for a Shaman is just like energy for the Hero.

To temporarily increase the power of an active Shaman, open the Shaman's information window in the Hall of Mysteries, hit the purple circle in the lower right part of the window, and apply the Shaman's Power items. The required number of items will be automatically used from the My Items tab.

You can purchase Shaman's Power in the Item Store for Gold or as part of Bank offers, as well as receive it as a reward for entering the game daily. The number of all the items you have is displayed in the My Items tab, Military section.

Items for Shamans cannot be applied from the Item Store or the My Items tab. 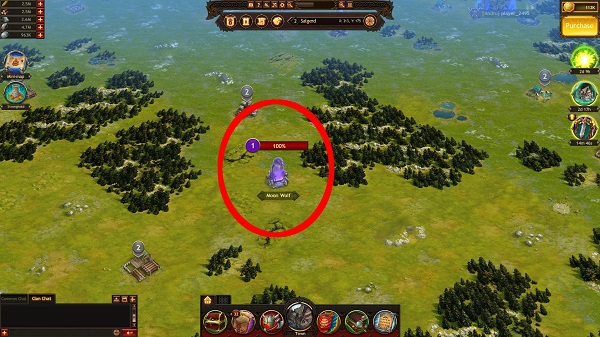 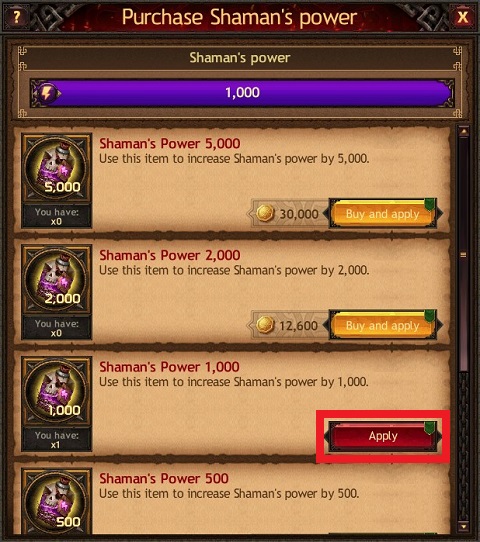 Sustained Attack is attached to one Ghost and one Shaman at a time. For example, if there have already been four attacks on a level 6 Moon Wolf within an hour, and the bonus is at 60%, attacking another Ghost or changing the Shaman will reset the counter to zero, and the Sustained Attack will start over.

Please note: during a normal attack or an enhanced attack, an increased offense multiplier can be randomly activated (producing a critical hit). As a result, the Shaman will spend the same amount of power but deal a more powerful hit to the opponent. 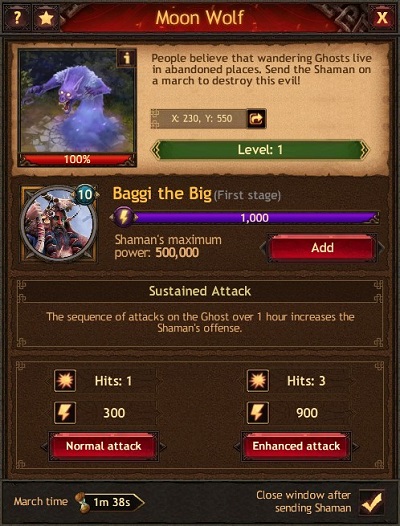 There are four ways to increase the Shaman's offense:

You can affect these by using Knowledge, Shaman's Skills, and boosts. 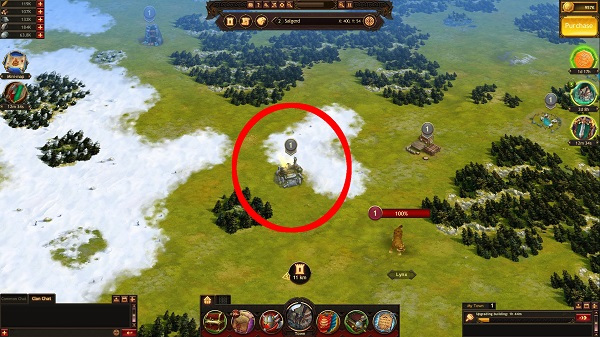 To create a rune, you will need 1,000 fragments of this rune. You can get them by attacking Ghosts on the Global Map. The number of rune fragments dropped by a Ghost depends on its level.

Runes are created in the Rune Workshop (Fragments tab). After combining the fragments, you always create a simple rune. Fuse runes to improve their quality.

Initially, you can fuse only simple runes. To fuse runes of a higher quality, you need to learn the corresponding Knowledge in the Shamans branch. To find out which runes you already have, open the Collection tab in the Rune Workshop. You can learn about their bonuses here. 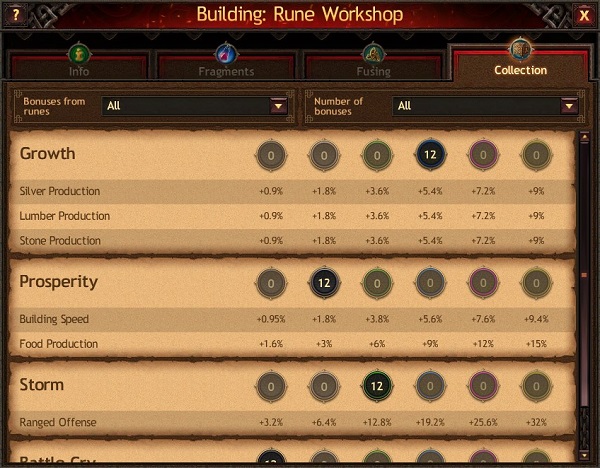 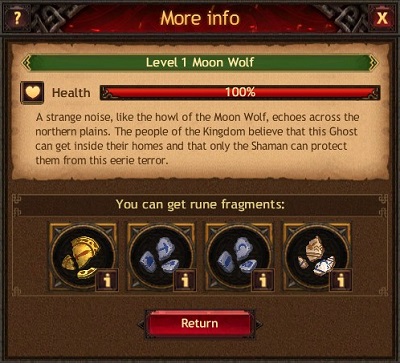 To activate rune bonuses, you need to insert the runes into Hero's or Shaman's Legendary equipment. You can do this in the Inlay tab in the Workshop. You can learn more about runes in the corresponding "How to play" section.