The tasks in the epic Competition can be divided into two groups according to the following goals: 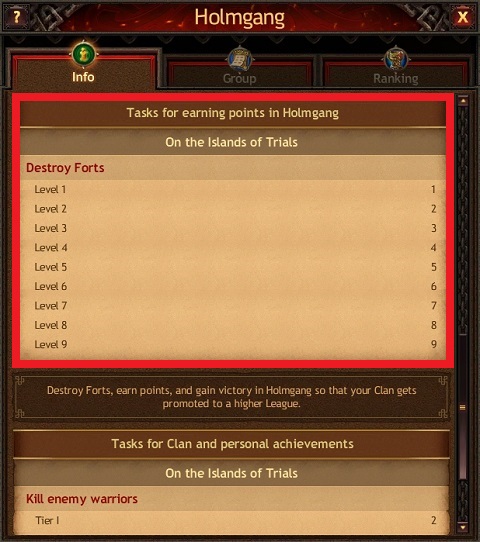 The main Competition score is composed of the points for destroying Forts. The winner out of a pair of Clans is determined based on this score.

To earn these points, you just need to perform one successful attack on a Fort. All subsequent attacks on the burning Fort won't bring any points, but you will be able to plunder the remaining resources from it.

The higher a Fort's level, the more points a Clan earns for destroying it. 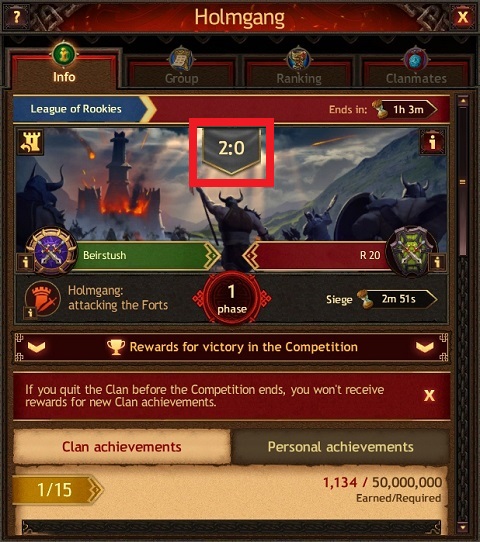 If the score for destroying Forts is tied, the Clan that earns the most points for killing the following enemy warriors wins the Competition:

Points for killing enemy warriors count towards both personal and Clan achievements.

You also earn Soul Shards for killing all warriors except for those that belong to Jarls from your home Kingdom.

There are several conditions for scoring personal and Clan points: