End of the Kingdoms Battle: Fury

If you are performing an attack or any other action when the Competition ends, it will be automatically canceled, your troops will return immediately, and your Town will be relocated to your home Kingdom.

Important! If a Jarl permanently moved to another Kingdom using the Novice's Relocation or Drakkar items during the Kingdoms Battle: Fury, the Jarl's Town will not return automatically when the Competition ends.

Rewards in the Kingdoms Battle: Fury

There are four types of rewards:

These are received by Jarls who are Clan members and have earned at least one point in the Competition. Expand each checkpoint block to see the reward.

These are received by Jarls who earned a certain number of points in personal achievements during the Competition. These checkpoints are outlined with a yellow border in the Competition window. 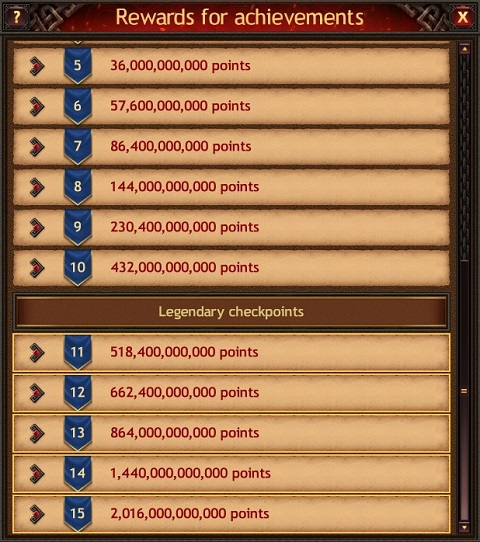 If a Clan took a top place in the ranking, all Clan members who earned at least one point in the Competition receive a reward. The reward depends on the Clan's League and the place taken by the Clan. 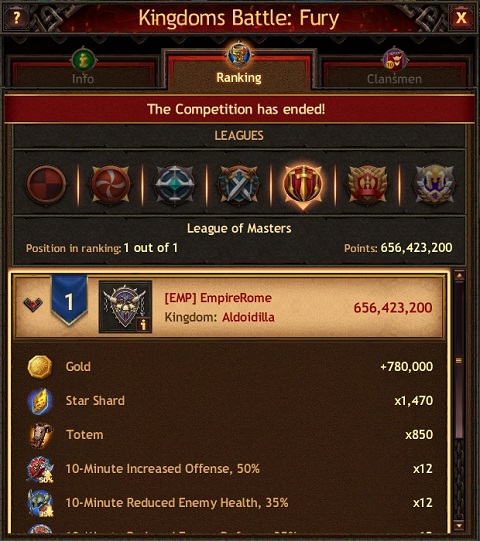 The Gifts of the Gods exist for 5 days from the moment they appear or until the location runs out of resources. If your troops are located there when the location expires, it will disappear after they leave it.

Please note: the locations will appear on the Global Map until the maximum number is reached.

Coffers of the Gods contain Obsidian or Gold Nuggets. These items are necessary for learning the Tier VII Warriors Knowledge and upgrading buildings between levels 32 and 35.

You can check the number of available Coffers of the Gods and Hero's Coffrets in the Treasure section, in the My Items tab. 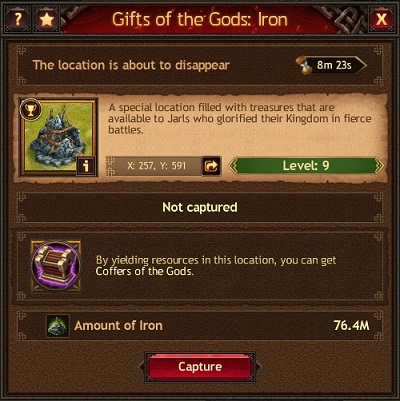 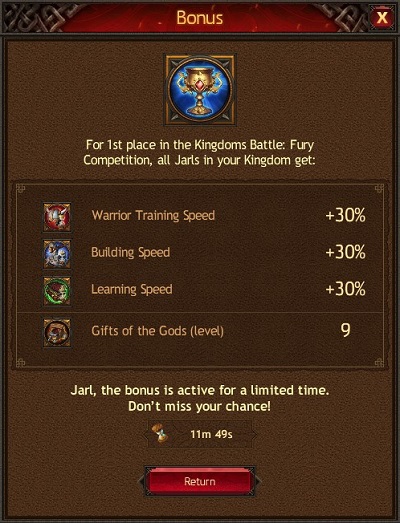 If several Kingdoms earn the same number of points, they are arranged by Kingdom number (in ascending order) in the winners' list.