The Shrine of Odin allows you to send your warriors on marches and to follow their movements. Upgrade the building to increase the number of marches that can be sent simultaneously and the maximum number of warriors on each of them. You can also increase these stats by learning the corresponding Knowledge in the Oracle. 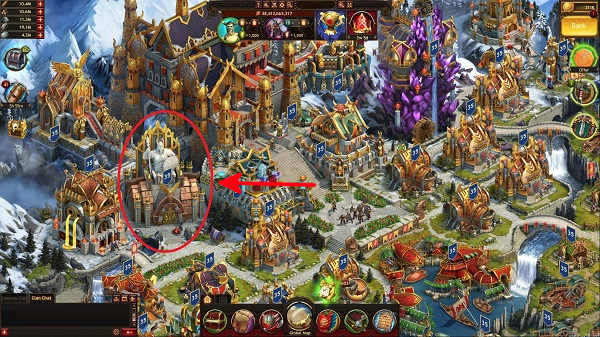 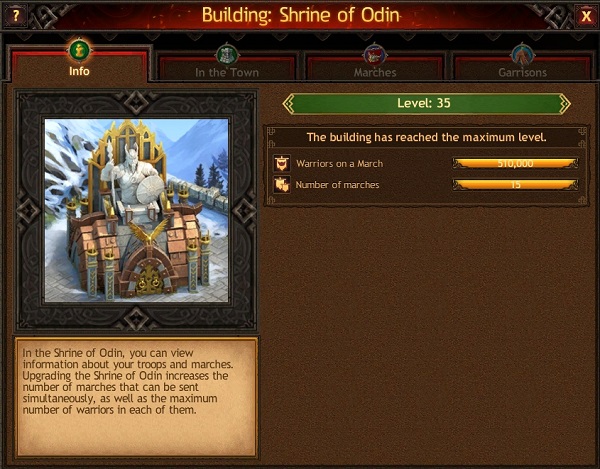 There are the following types of marches:

To send a march, you need to do the following:

1. Choose the location you are going to attack or send your scouts, reinforcements, or convoys to.

You can do this in the following ways: 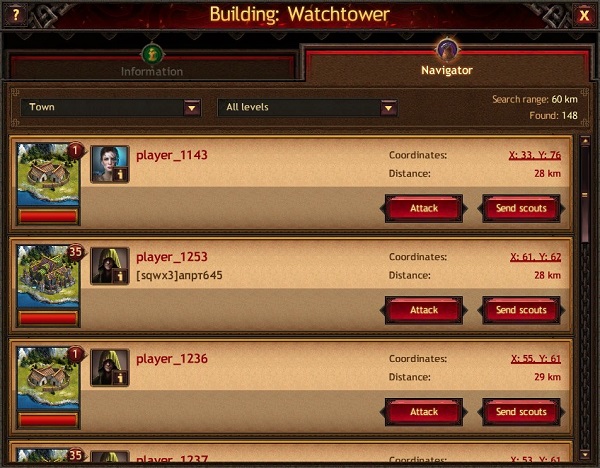 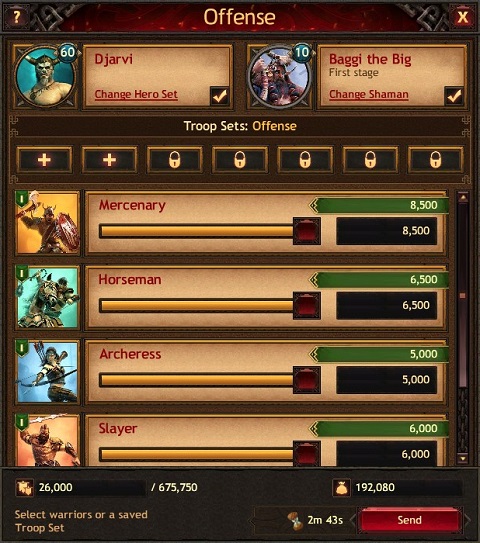 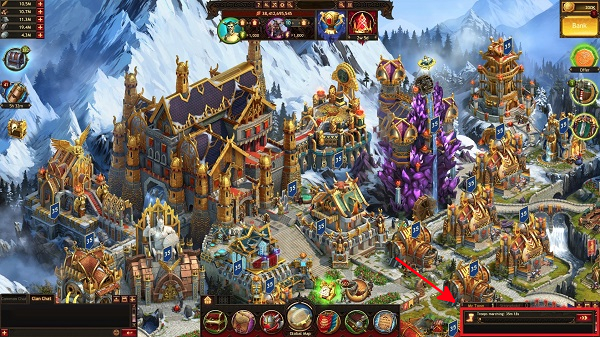 2. Select your military troop: what warriors will you send on the march and in what numbers.

The Hero attacks Invaders and Uber Invaders alone, and a Shaman banishes Ghosts in the same way. For other marches, you need at least one warrior. A troop can consist of warriors of one type or various types.

Marching speed is determined by the lowest speed stat of the warriors in the troop. You can speed up marches using items and boosts. 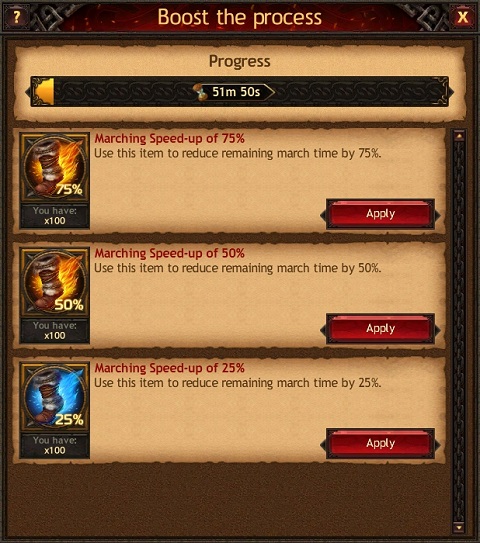 You don't need warriors, the Hero, or a Shaman to send convoys of resources.

3. Confirm the sending of the troop. 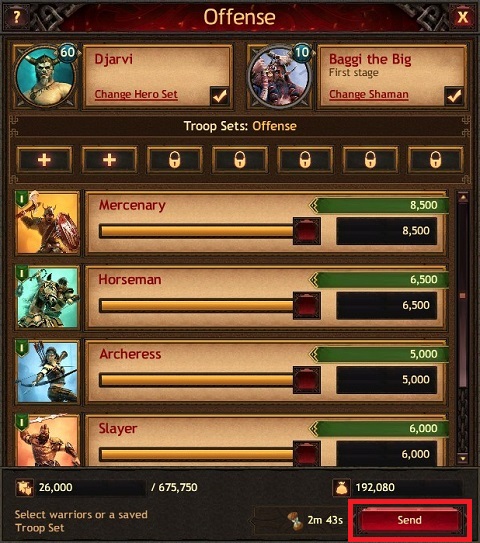 Please note: when attacking a Town whose level is lower than 6, you won't get resources even if your attack is successful.

If you send your warriors to yield resources and the location turns out to be occupied by another Jarl's troop, your troops will fight each other. If your warriors win, they will start yielding resources, and the warriors of the Jarl who lost the battle will return to their Town. 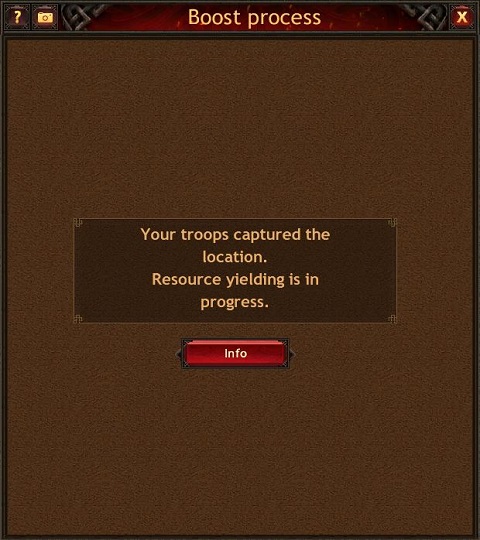 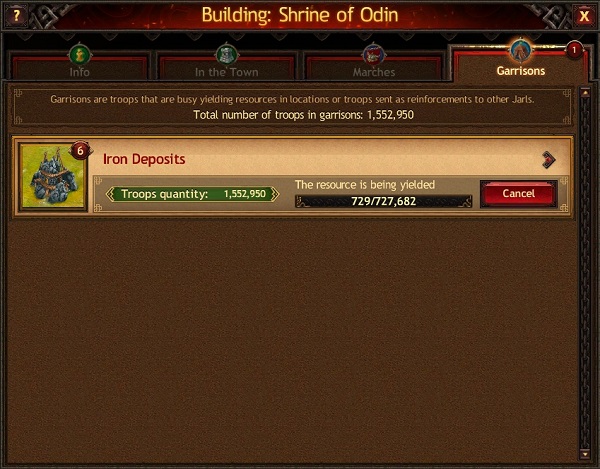 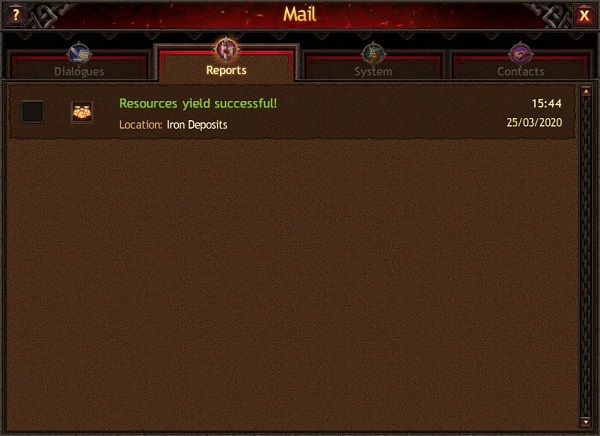 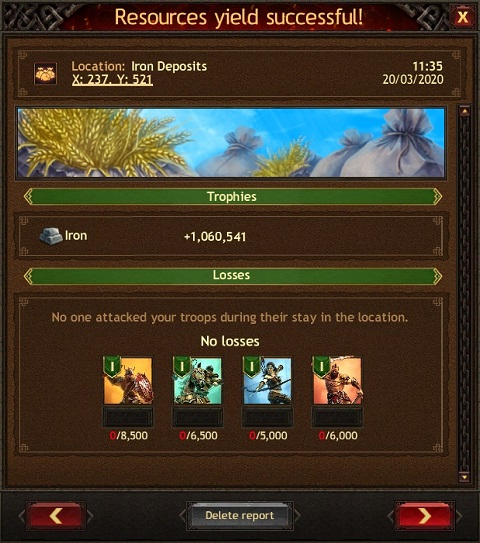 There are several reasons why a battle may not take place and your troops return to the Town:

You can cancel any march except an Onslaught and return your troop to the Town.

During global Competitions, you can participate in an Onslaught only if it's organized in the Kingdom where you are currently located. You can read more about Onslaughts in the corresponding "How to play" section.

You will receive reports regarding the outcome of all marches in your mail. For attacks, espionage, and battles in Fortresses, there are special icons that instantly show whether an action was successful or not.

If you are a Clan member, you can share military reports with your clanmates regarding attacks, defenses, espionage, and Onslaughts, as well as fights with Invaders and Ghosts. To do so, you need to open the report and hit the "Share" button. 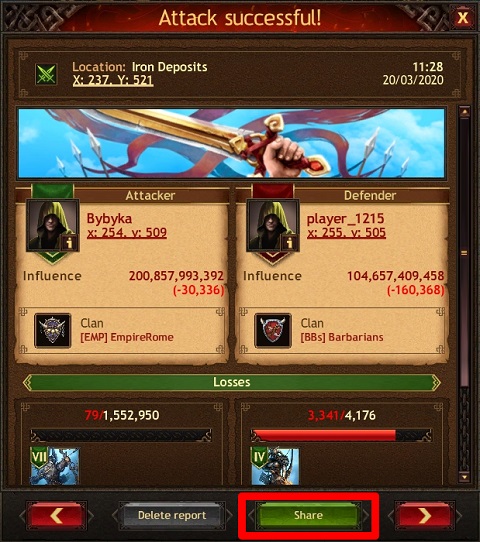 A special icon shows information about reinforcements, convoys, and attacking troops that are marching towards your Town. The icon shows the march type and the time left before the warriors reach your Town. Also, if enemy troops are approaching your Town, the fires on the Shrine of Odin start to burn and the screen flashes red.