The ranking allows all Jarls to observe their gaming progress and successes in comparison with other Jarls. 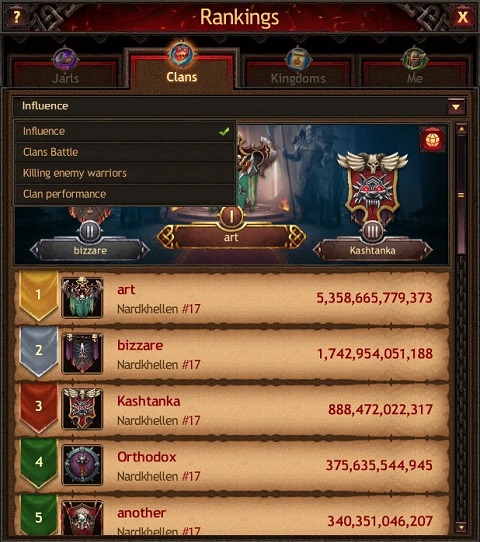 Please note: up to Palace level 21, you can see only the rankings of Clans from your Kingdom. From level 21, global rankings become available, which include Clans from all Kingdoms. 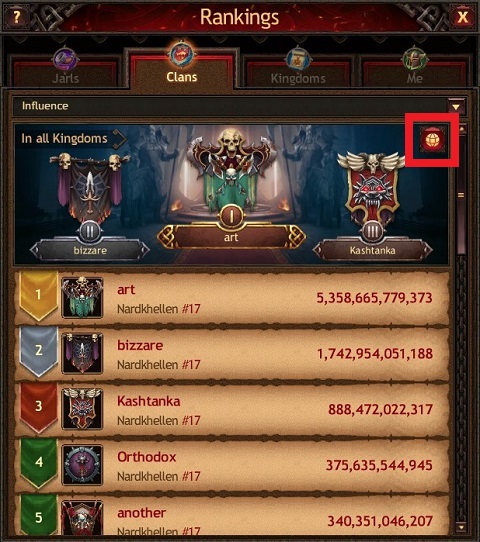