Jarls who are Clan members relocate to an enemy Kingdom by using the special Great Relocation item. It can be used only during global Competitions. To return to your home Kingdom before the end of the Competition, you need the Return item.

You can purchase the Great Relocation and Return items in the Bonuses section of the Item Store or in the location information window in an enemy Kingdom. Jarls who are Clan members can get these items for free by opening the Kingdoms Battle: Revenge block in the Events window. 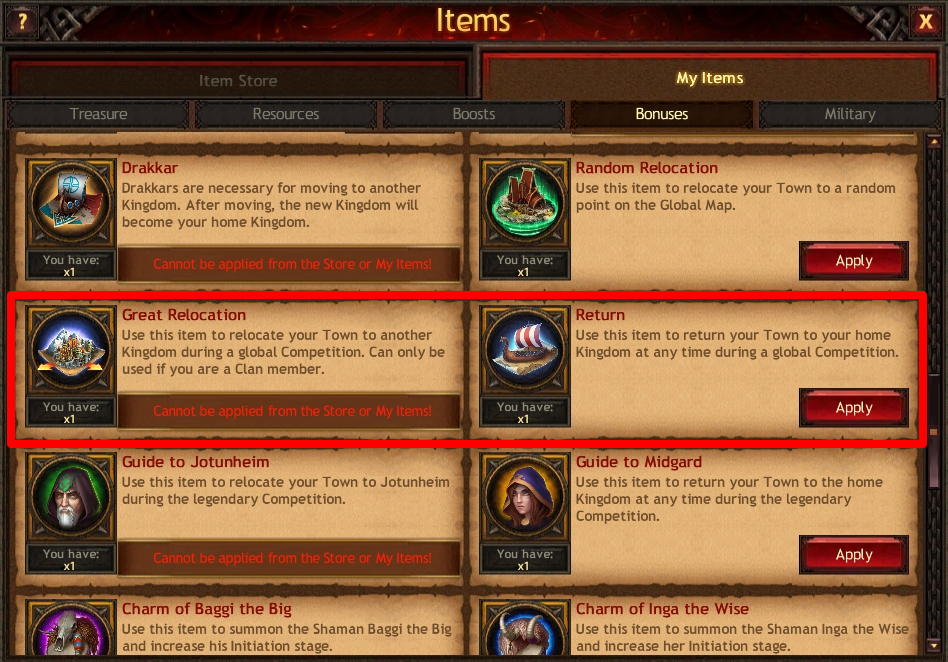 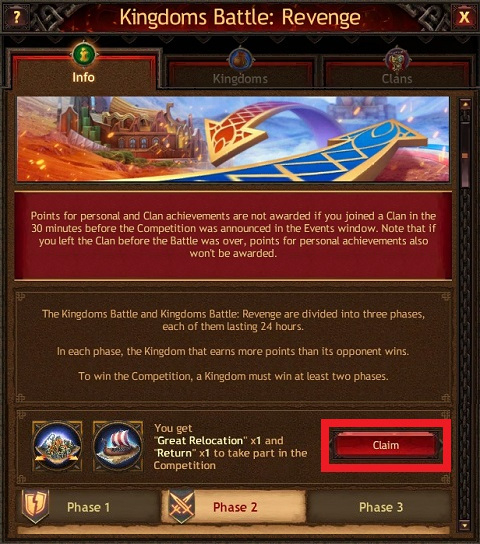 After you've relocated to an enemy Kingdom, a Town's Echo — a special object that will stop other Jarls from occupying your land — will appear in place of your Town in your home Kingdom. Your Town will return to the Echo's place after the Kingdoms Battle: Revenge ends. 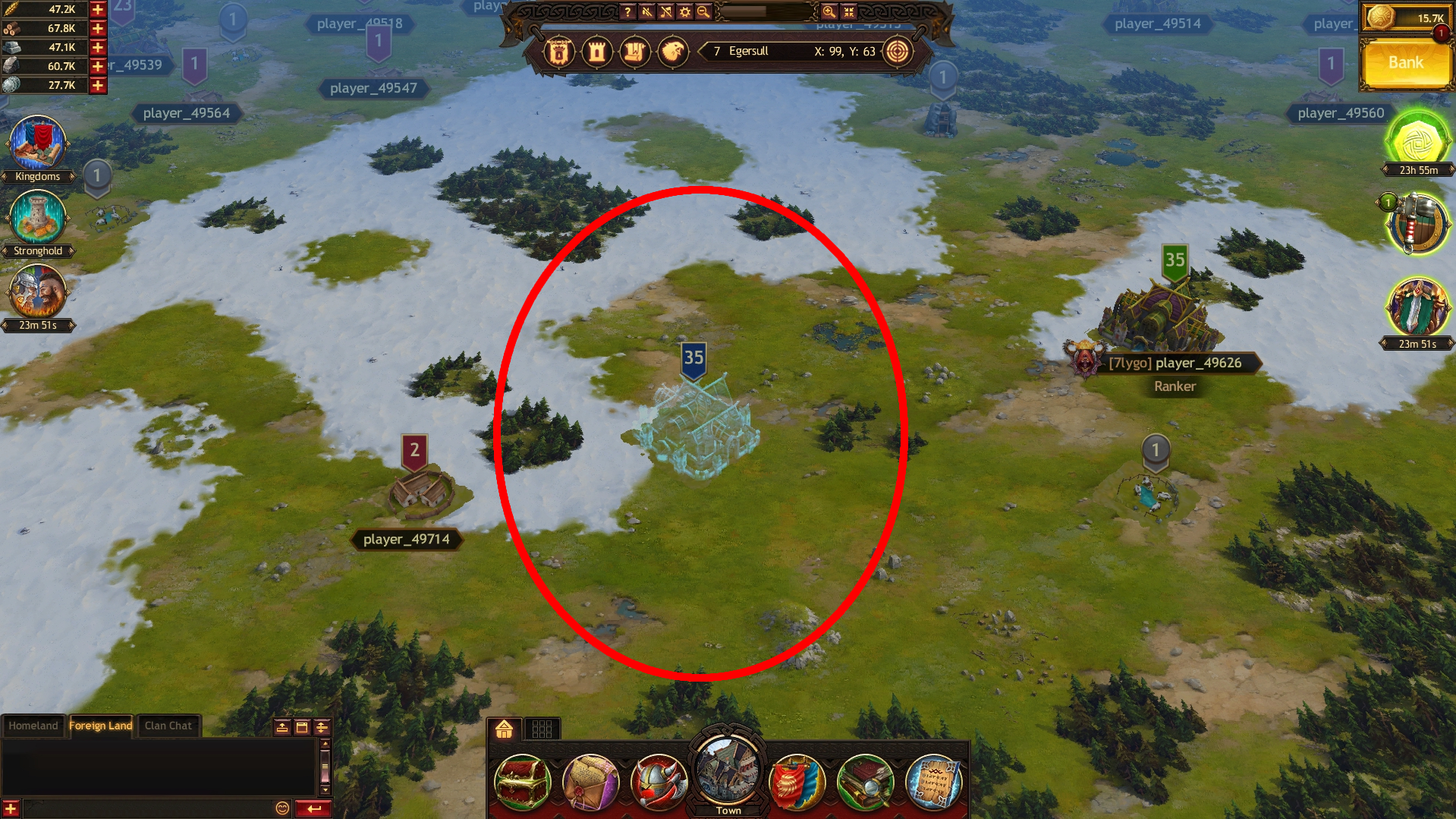 When in an enemy Kingdom, you can relocate within it by using the Relocation and Random Relocation items. If during relocation to another Kingdom you have an active Peace Treaty, Town Skin, or Repute assigned by the Konung, they'll remain active there.

You can also permanently move to another Kingdom by using the Novice's Relocation item (up to Palace level 6) or Drakkar item (from Palace level 21). After moving, this new Kingdom becomes your home Kingdom. 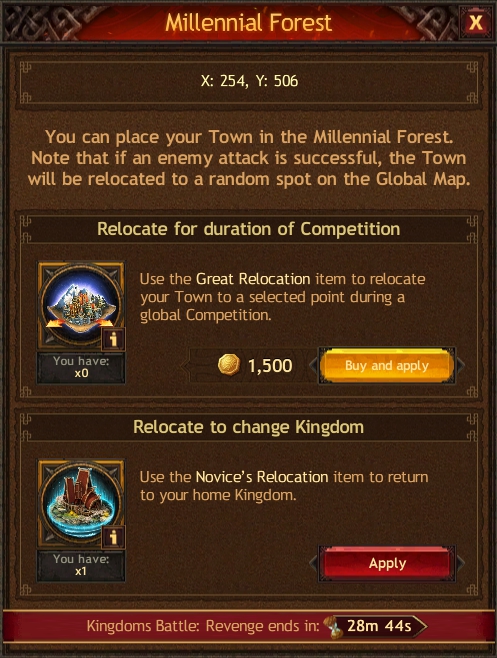 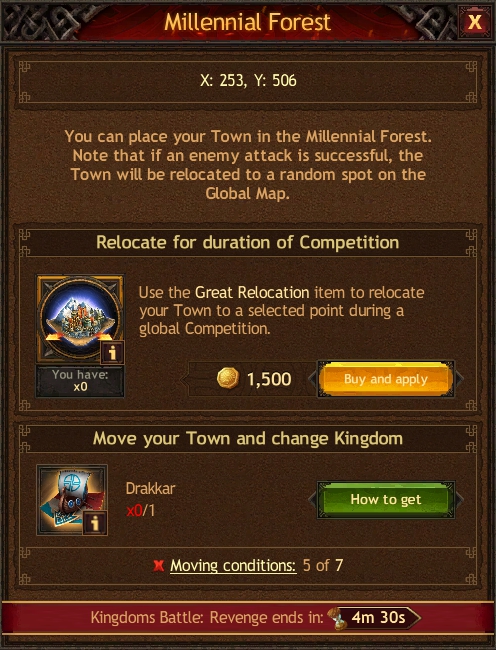 Jarls who change Kingdom during the Kingdoms Battle: Revenge drop out of the Competition. They stop earning points for their previous Kingdom and don't earn points for their new one (even for personal achievements).