When you have enough Wax Seal items, you can select a Jarl’s Town located within the dominion of the Supreme Thing and tap the “Exile” button in the window that appears. After that, the Town will be relocated from the Valley of the Aesir to a random point on the Global Map. 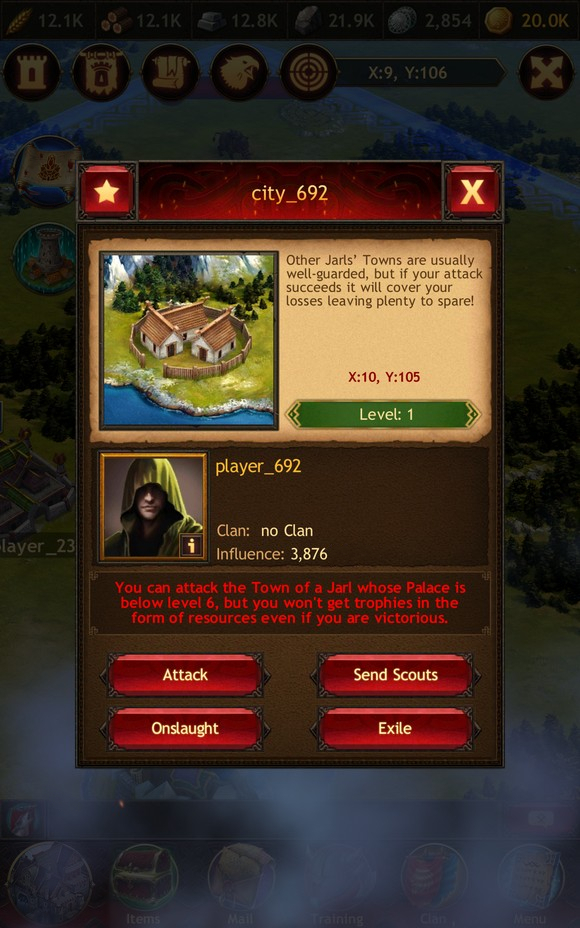 Topics
Constructing the Stronghold
Stronghold buildings
Tower of Odin
Unique resources
Exile from Valley of the Aesir
Studying Drafts and crafting
No answer?