To earn points in the Clans Battle, each participant must complete tasks set by the Competition.

Points are earned in both the home and enemy Kingdoms. But you receive more points for actions performed in the enemy's territory.

Points are awarded in both personal and Clan achievements.

There are seven task categories in total:

Please note: the "Increasing Influence and developing the Clan Stronghold" category has three subcategories of tasks. Each subcategory has its own rules for earning points.

If the Clan reaches the checkpoints in the Clans Battle only as a result of points earned for developing the Clan Stronghold, the Chief receives all the notifications and rewards. If the Clan wins the Competition, the Clan members and its Chief don't receive the rewards for victory (however, bonuses for speeding up processes in the Town and the Stronghold are active for all Clan members, even in this case).

Remember: if a Jarl joins the Clan after the Competition is announced and becomes the Clan Chief, the Clan stops earning points for developing the Stronghold. 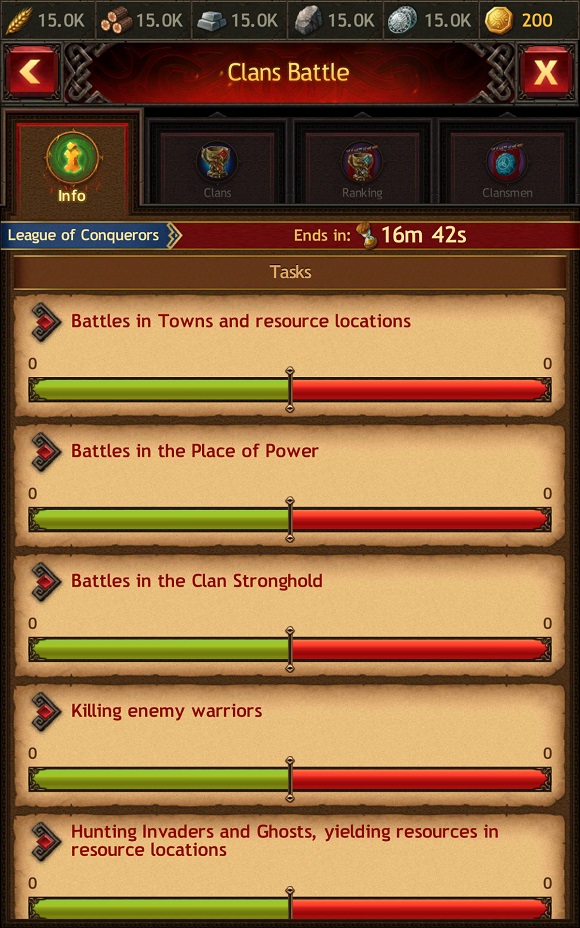 To win the Competition, a Clan must lead by points in the most categories. If the opponents succeed in an equal number of categories, the Clan that earned the most points overall wins.

If your Clan wins the Battle, each Clan member who earned at least one point will get a reward set by the Competition.

Please note: in the Clans Battle, Jarls only earn points for kills when killing warriors from the opposing Clan and troops led by jötunns.

The following rules apply in the Clans Battle: 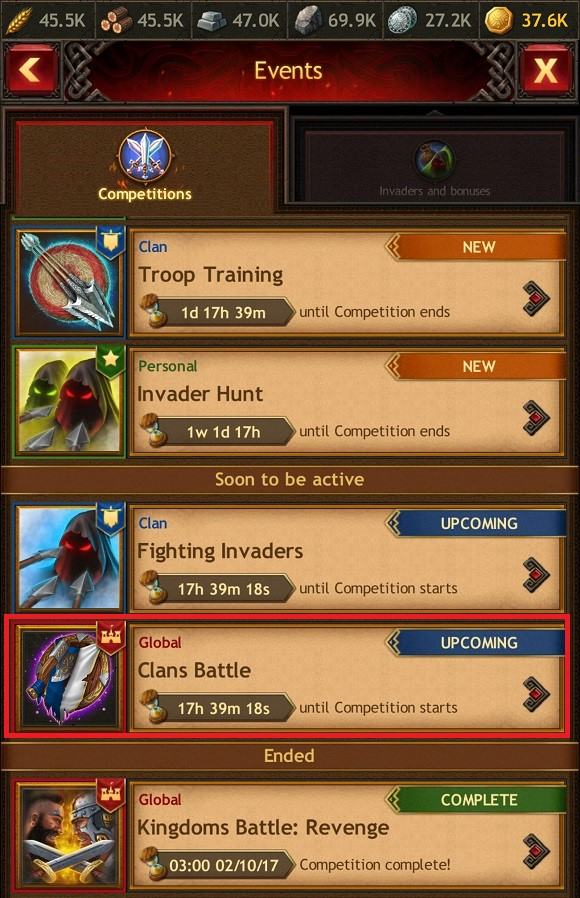