In the Kingdoms Battle: Revenge, points are earned for actions carried out in both your home and enemy Kingdoms.

Points in both competing Kingdoms are given for the following actions:

In your home Kingdom, points are earned for completing the following actions:

Note the conditions of earning points:

This means that you have to be a Clan member 30 minutes before the Competition is announced in the Events window (in the "Soon to be active" block) in order to earn points for your personal and Clan achievements in the Kingdoms Battle: Revenge. 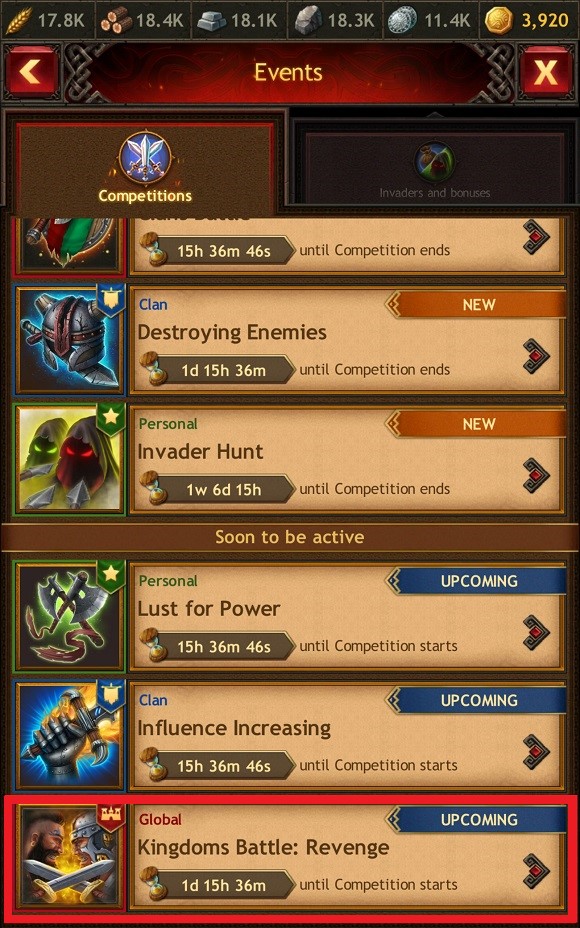 For victory in the Kingdoms Battle: Revenge, you will receive: 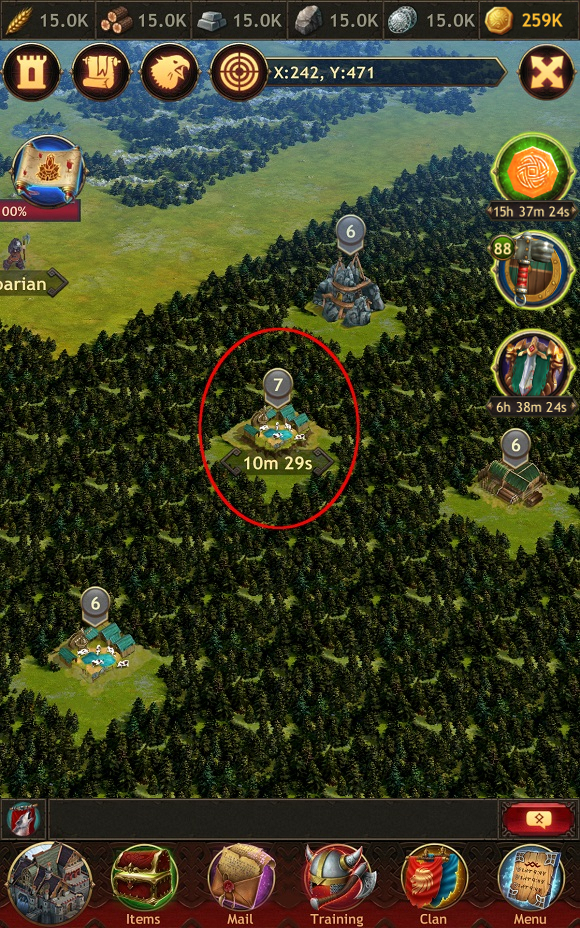 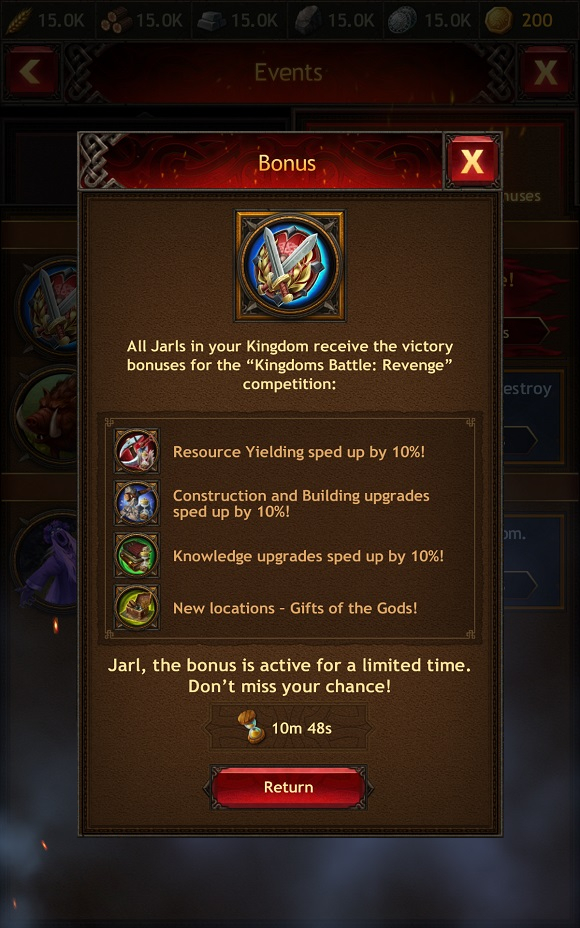