Kingdom points are the total number of points from all players who take part in the Kingdoms Battle. By completing tasks and scoring points, each Jarl contributes to the victory. 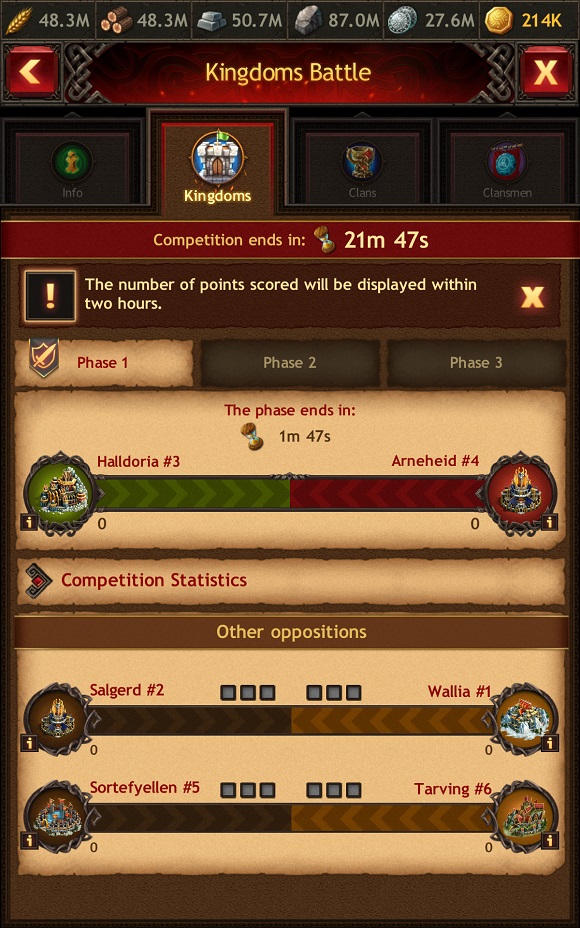 The Kingdoms Battle has special rules regarding points scoring. Points will be scored for the following actions:

Note the conditions for earning points: