You need troops to defend your Town against enemies, to attack other Jarls, to yield resources in resource locations, and to send reinforcements to your clanmates.

There are five basic troop types: 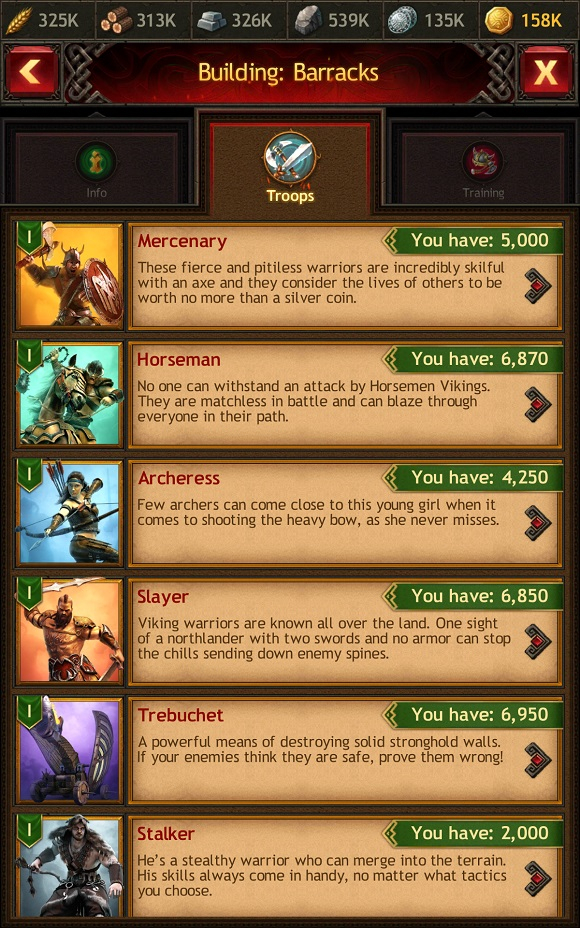 In addition, there is a special type of troops in the game: scouts. Only scouts can get information in Jarls' Towns and resource locations, as well as defend your Town against other scouts. If you don't have these warriors when an enemy is conducting espionage, you will not receive an invasion report. Scouts only fight other scouts. They cannot fight against other types of troops.

You can train your troops in the Barracks. The level and number of these buildings determine the number of warriors you can train simultaneously. If there is only one Barracks left in the Town or the Barracks has an active training process, it cannot be demolished.

Please note: you may also receive troops as a reward when opening the Chest of Loki.

To start training warriors, find the Troops tab in the Barracks. You can also go to the training window by hitting the "Training" button in the lower control panel. There are two types of training: instant for Gold or over time in exchange for resources. You can reduce training duration by using special boosts, items, and speed-ups.

There are seven tiers of troops in total. The tier determines the basic stats of a warrior. Initially, you can train only tier I troops (all types except scouts). In order to train warriors of higher tiers, you need to learn the corresponding Knowledge.

In the Barracks, you can also get information about the warriors you already have. By hitting the pictures of certain warriors, you can view their characteristics: tier and troop type they belong to, their offense, health, and defense stats, cost of upkeep, training duration, speed, and capacity.

Please note: unlike other warriors, scouts have zero capacity and cannot yield resources. Their movements cannot be followed on the Global Map.

Warriors of each type have their own strengths and weaknesses. Taking this into consideration, you can form your troops in such a way, that they will be the most effective against enemy troops. 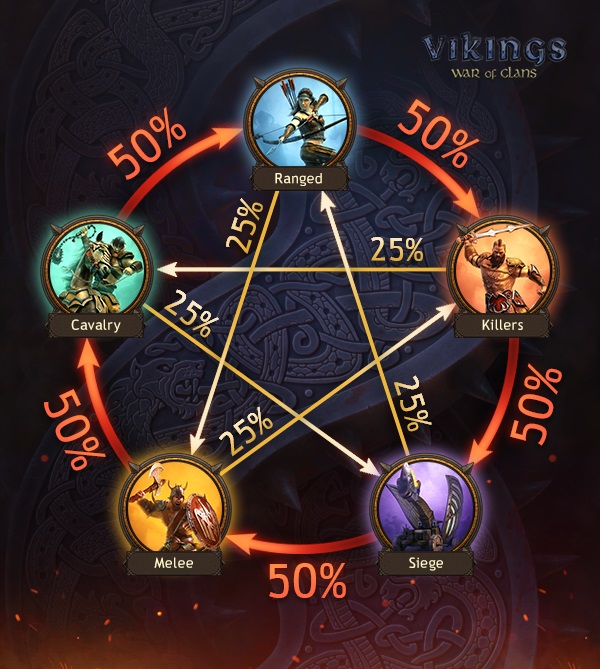 To upgrade the stats of your warriors, you need to learn Knowledge in the Oracle, craft equipment in the Forge, develop Hero's and Shaman's Skills, use Town Skins and VIP status, boosts, Reputes, Aesir, and the Valkyries' Citadel. 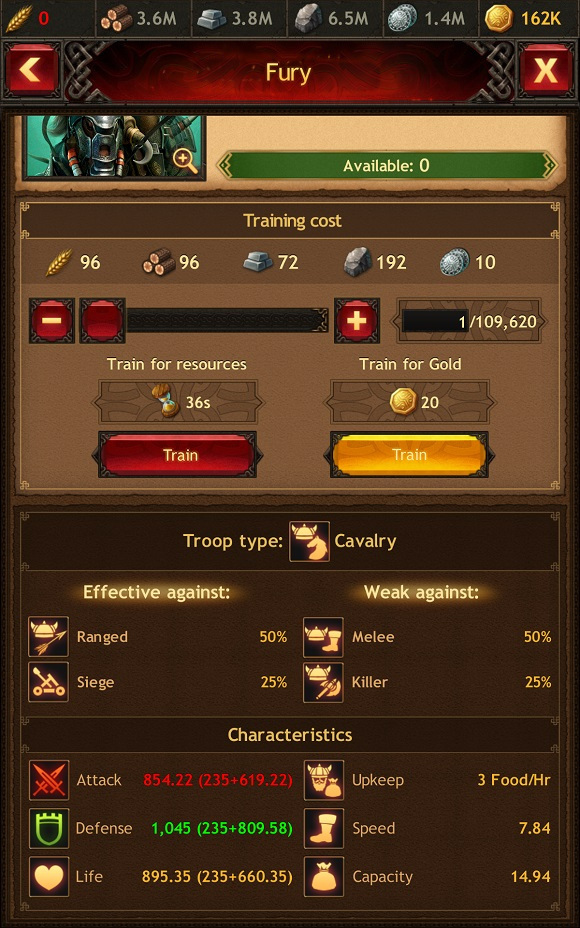 Every warrior trained in the Barracks brings a certain amount of Influence (depending on the tier). When warriors die, you lose the Influence they brought you.