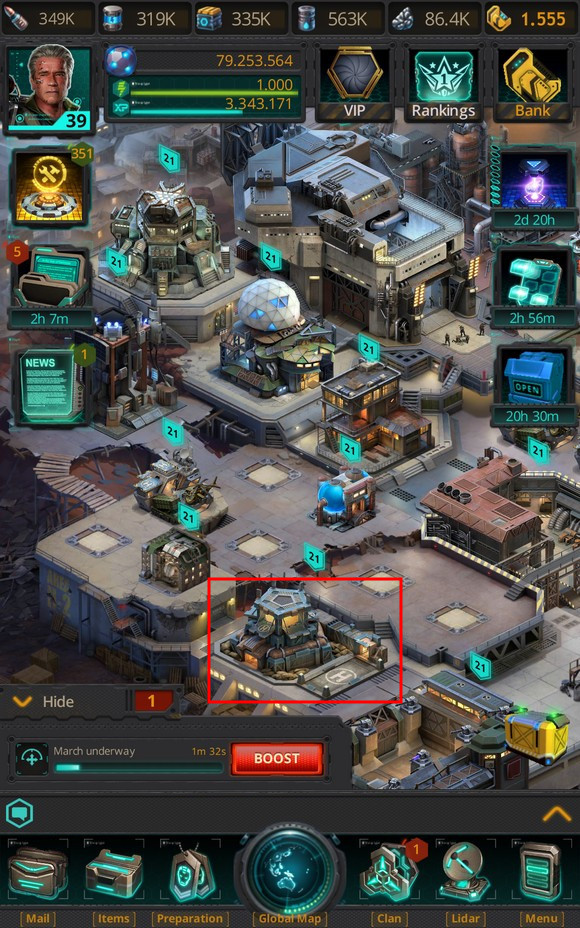 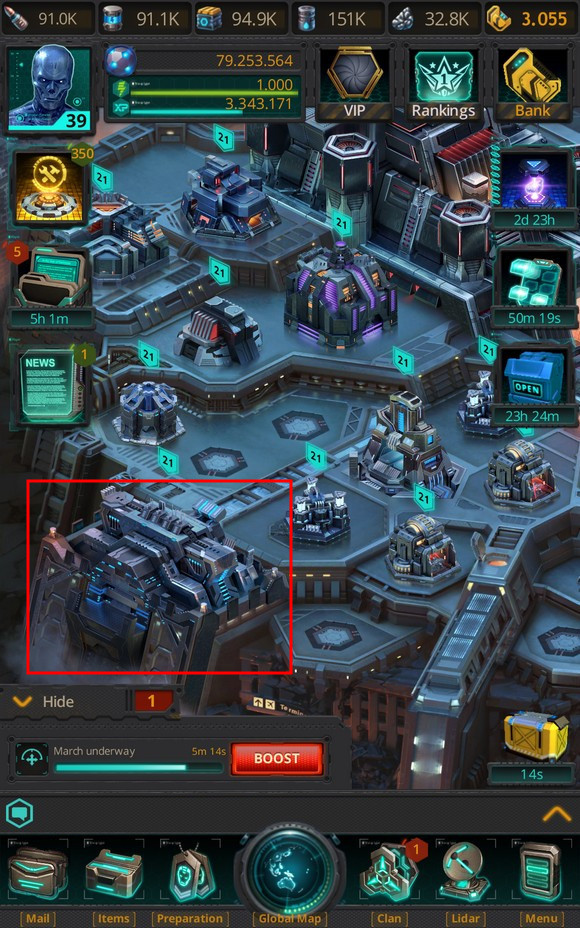 Onslaughts are joint attacks by members of one Clan on other Commanders, regardless of whether these Commanders are Clan members or individuals.

You can create an Onslaught or participate in one only if there is a Collector/Staging Area in your Base. 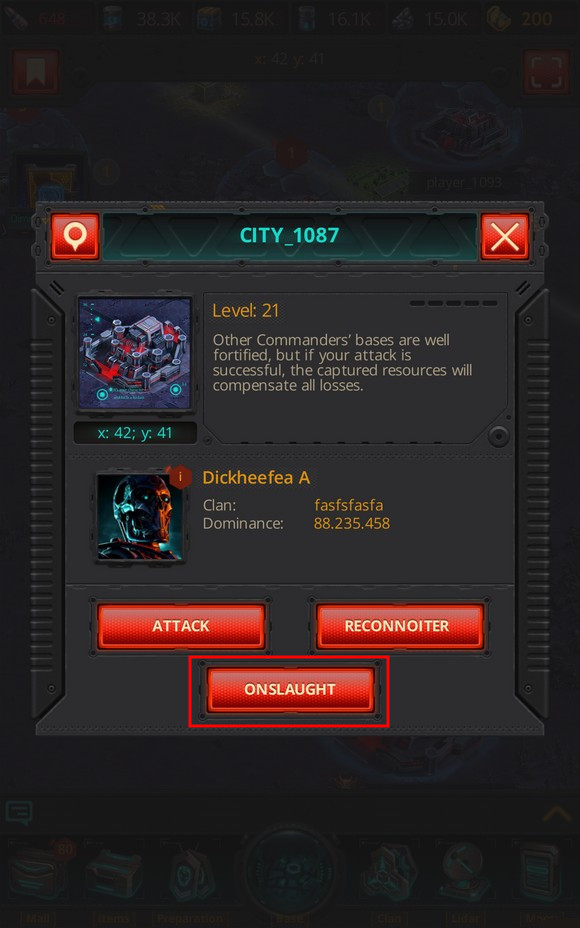 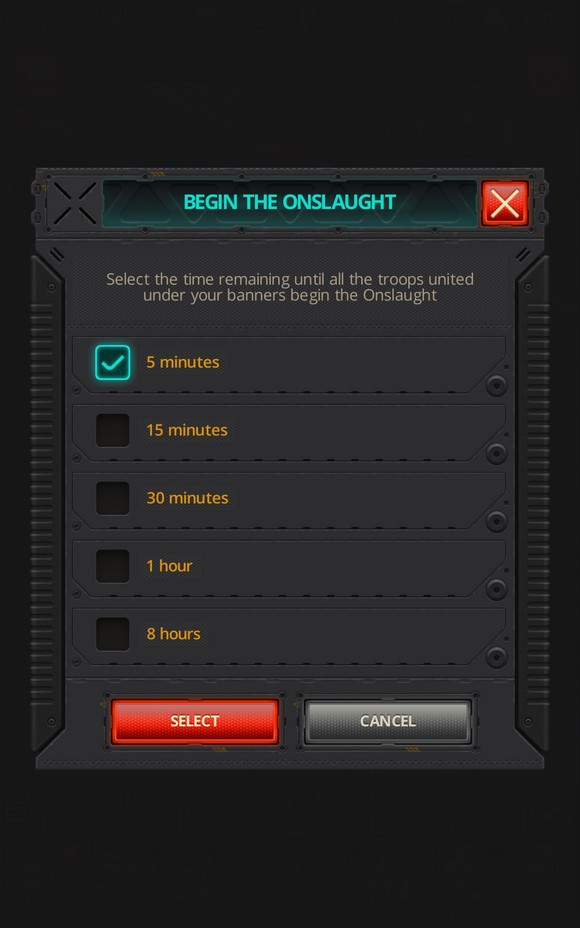 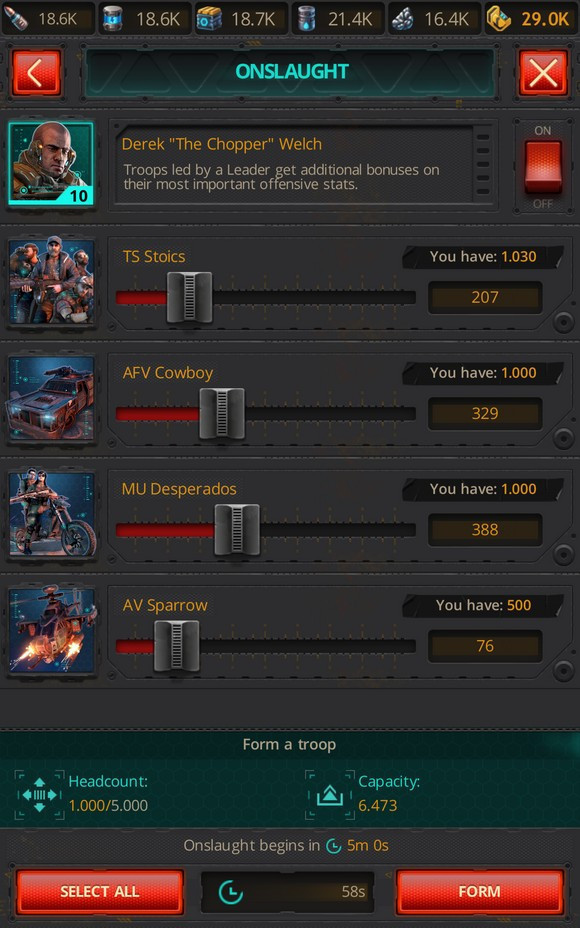 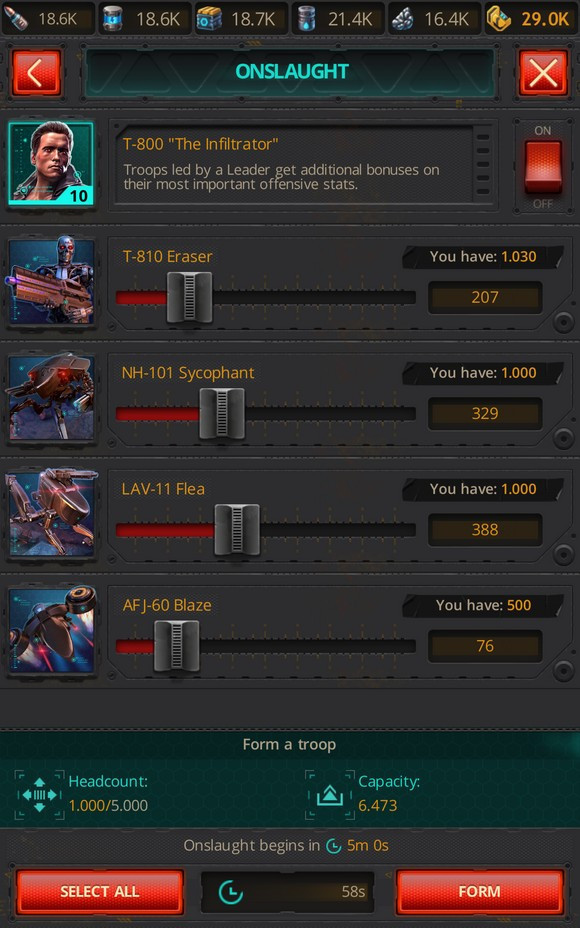 To initiate an Onslaught, find an object to attack on the Global Map and tap the "Onslaught" button, then choose the start time. After that, the standard window for forming attack troops will open. 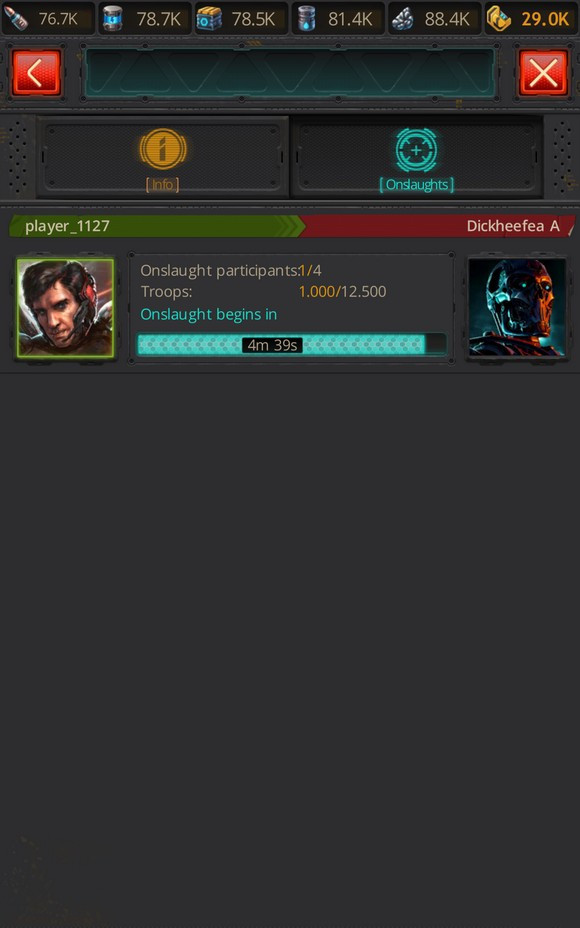 Once a Commander creates an Onslaught, the other Clan members can join in. To do this, they need to open the Onslaughts tab in the Collector/Staging Area building and tap the "Participate" button in any of the free troop slots. 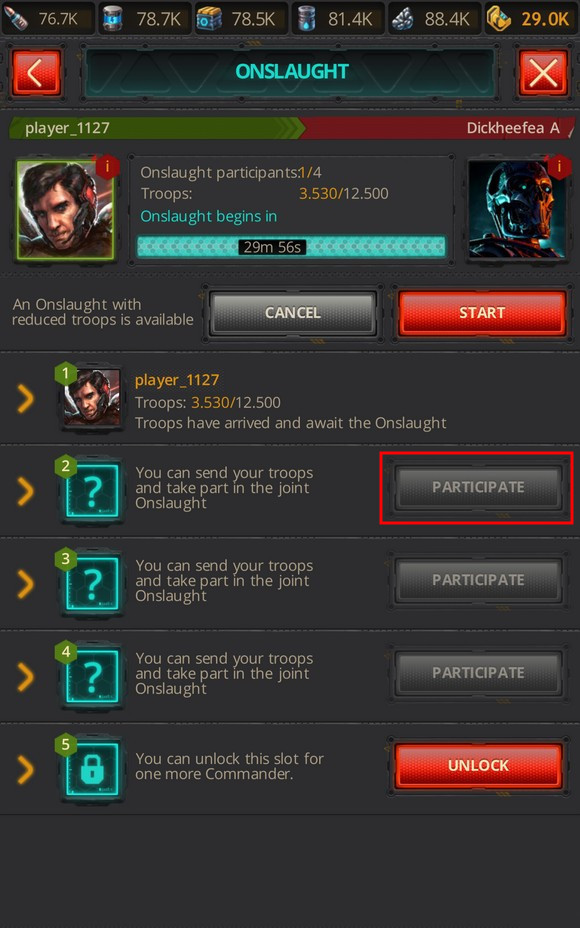 We'd like to draw your attention to the instant Onslaught function. With this function, you don't have to wait for the timer to expire: you can start the Onslaught immediately, even if the number of Onslaught troops is incomplete. 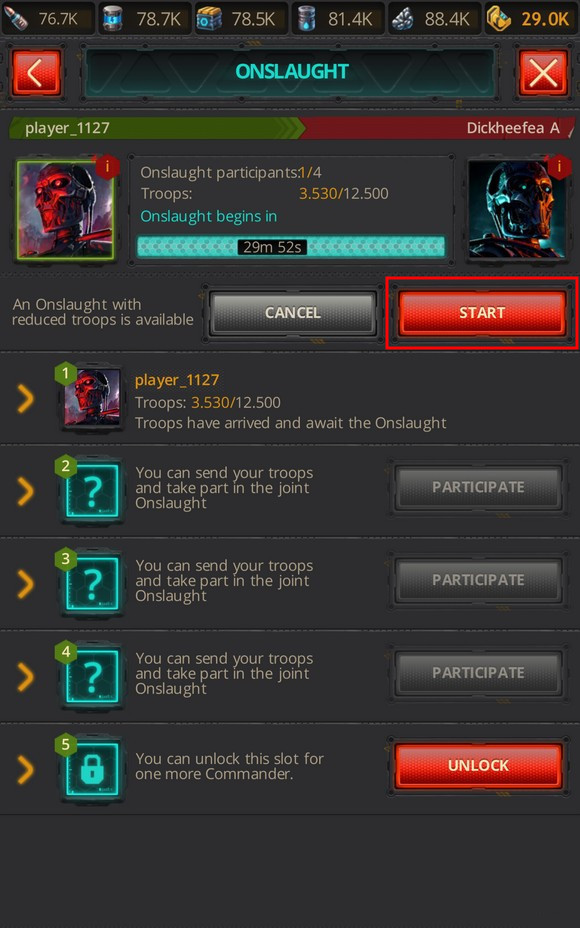 By default, there are 4 slots available for other Onslaught participants' troops, but the number of slots can be increased by using a special item to unlock additional boxes.

Please note that your Leader’s bonuses can only be applied to your troops.

Only one Onslaught can be created in a base at a time, however if your Command Center/Spreader level allows you to dispatch 2 or more marches simultaneously, you can create a new Onslaught right after the first Onslaught’s troops have started moving towards their target.

While troops sent by other Commanders to participate in the Onslaught are in the instigator’s base, they act as reinforcements and will participate in defending the base if it is attacked during that time.

All troops that survive the Onslaught return to their own bases. 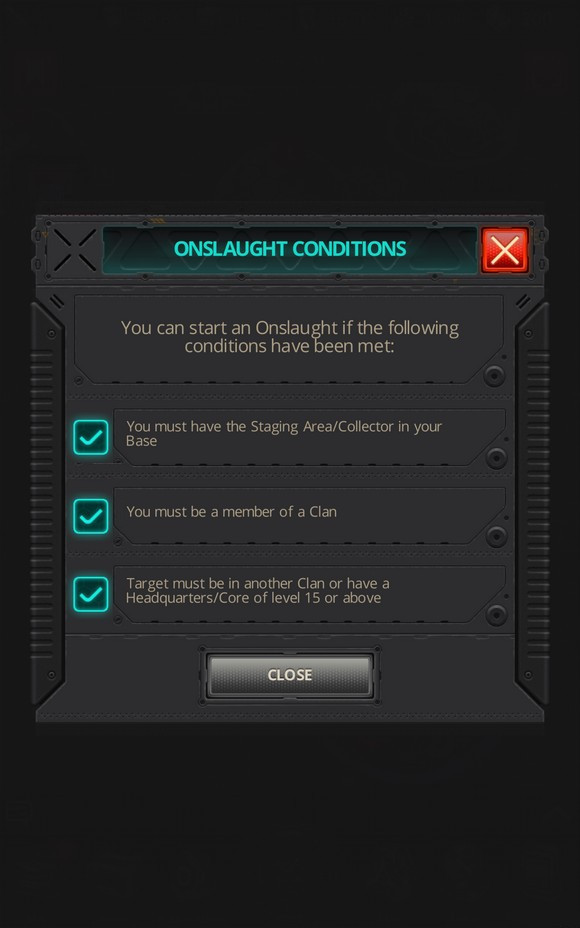 A special window will be displayed if you try to create or participate in an Onslaught without meeting any of the conditions required to do so.

If a Commander cannot participate in the Onslaught for any reason, a special pop-up window explaining why the action cannot be completed will be displayed.

An Onslaught can be canceled for the following reasons: