Capturing and holding the Time Machine

The Time Machine can have three statuses: 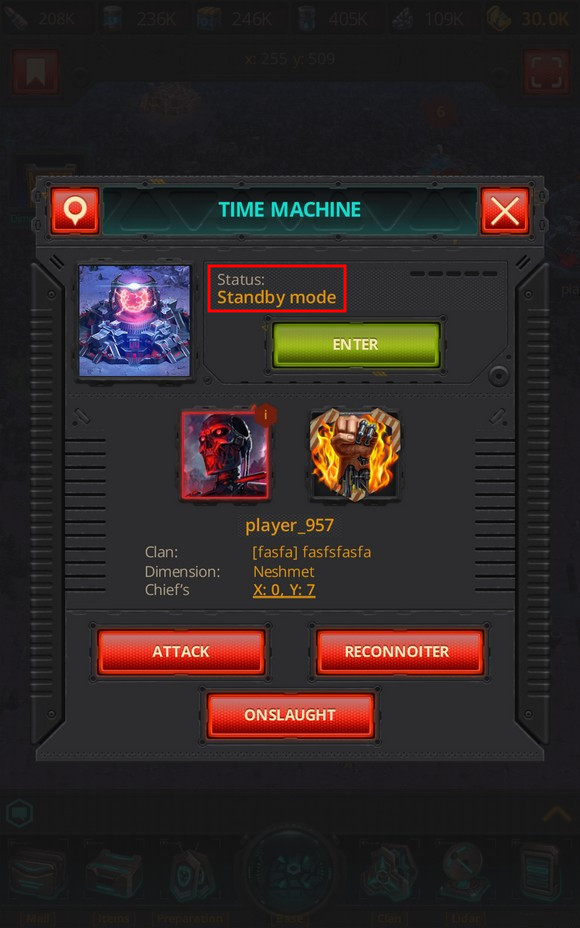 The location is in Standby mode until it is reached by a Clan's troops for the first time or another Clan dislodges the troops of a Clan that has already captured it.

The Time Machine only acquires Charging status when one of the actions mentioned above has taken place. 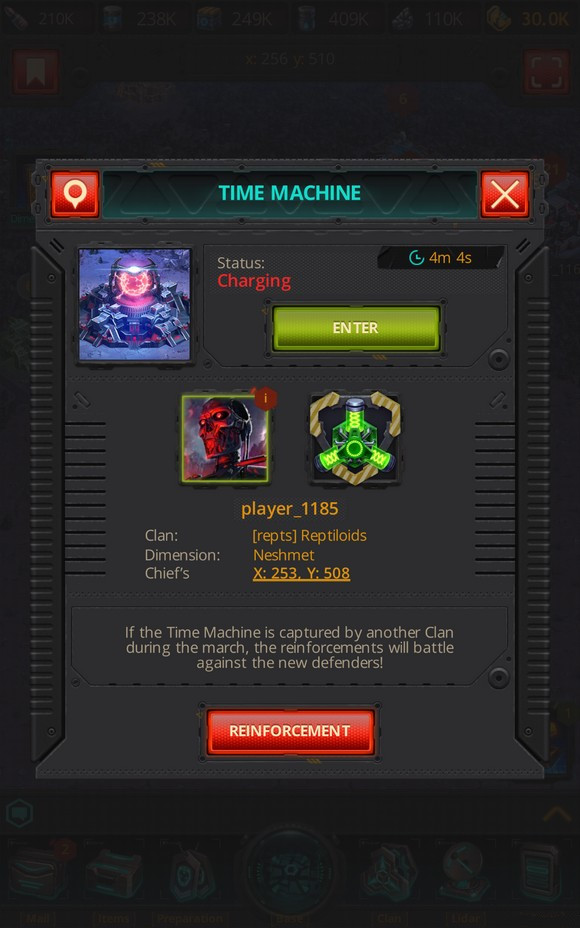 At this point the timer starts to run for 6 hours. 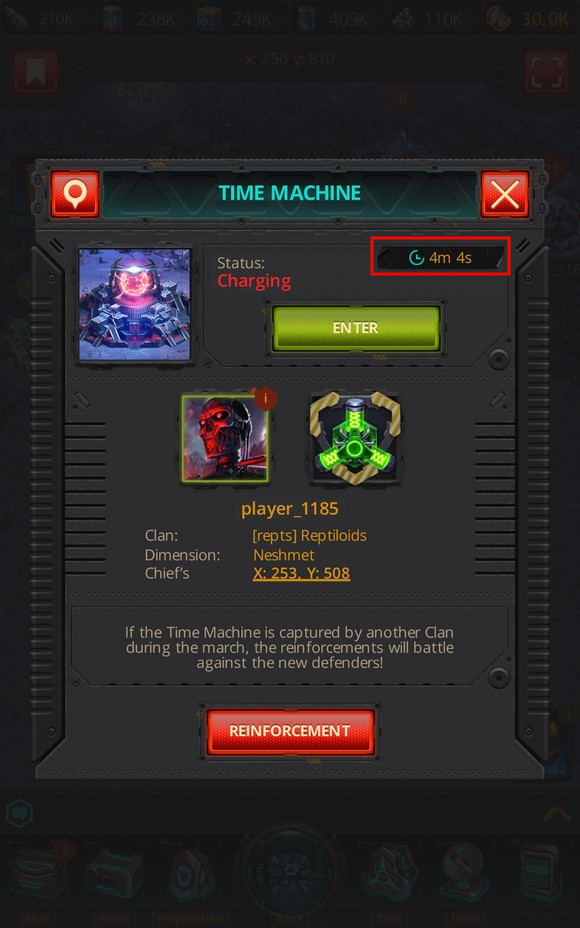 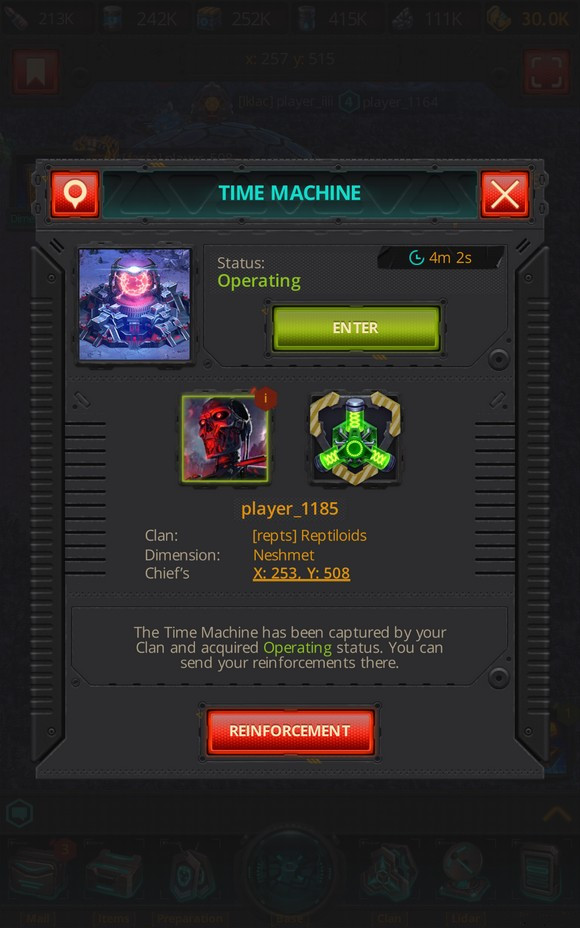 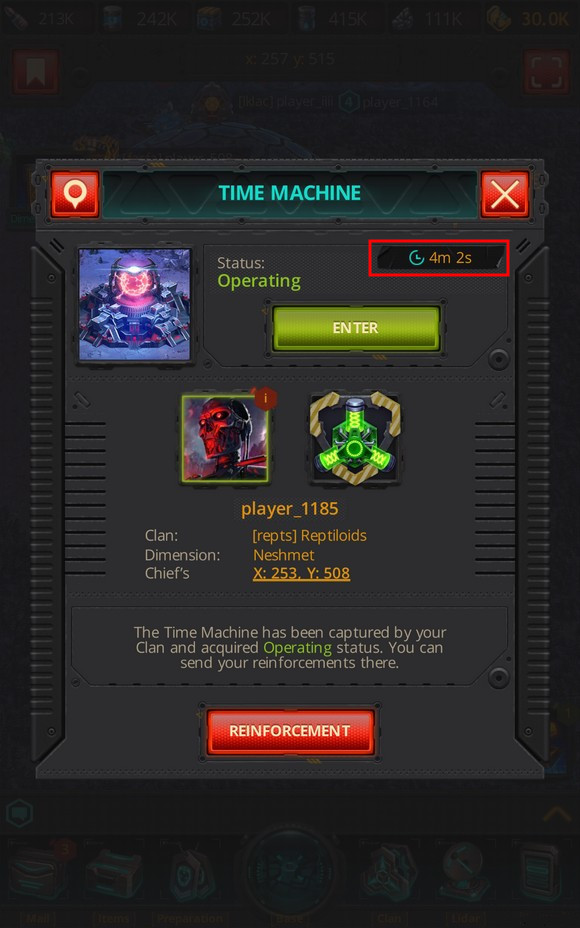 During this period the Time Machine cannot be attacked, so enemy troops dispatched before Operating status begins return to the relevant player's base. If the troops arriving at the Time Machine are allies (i. e. belong to a fellow Clan member), they start to protect the location.