Every now and then Assailants invade your Kingdom. These are unique enemies your Hero can fight against. The higher the Assailant’s level, the more health they have and the more efforts your Hero must expend to defeat them. The level of an Assailant depends on their location on the Kingdom map: the highest level Assailants (level 6) are closest to the center of the map. 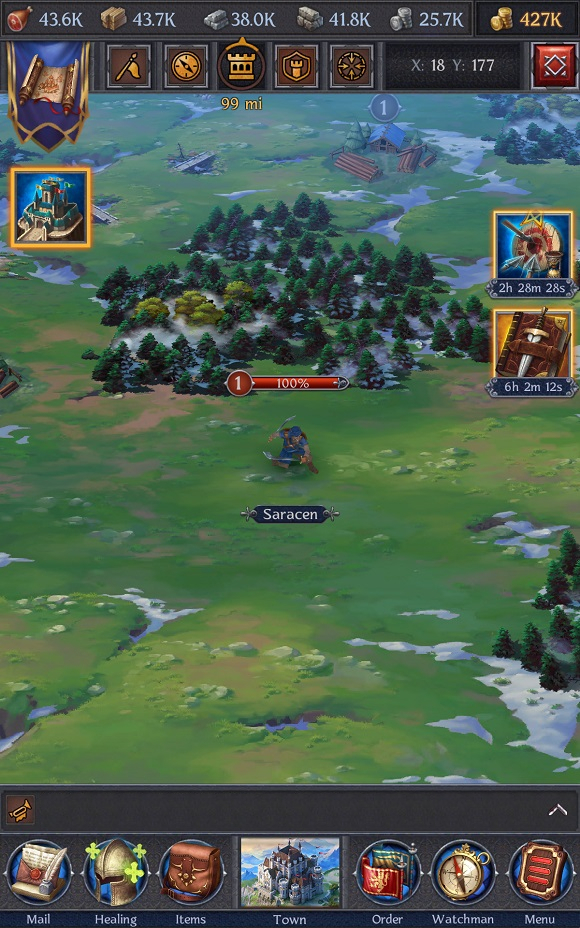 For fighting against an Assailant, your Hero can get special materials (these are required for crafting Assailants' equipment), various game bonuses, and other valuable types of rewards. 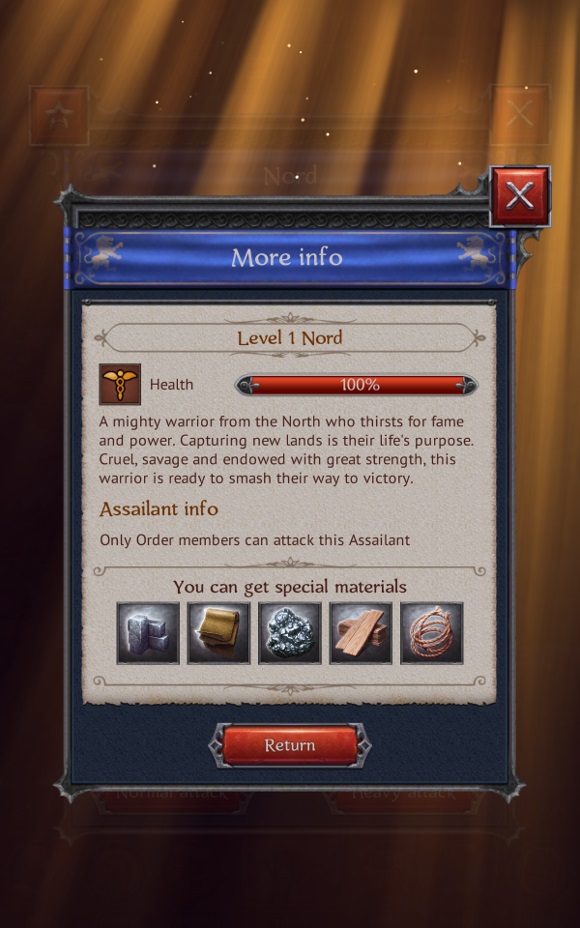 To attack an Assailant, you need:

Only your Hero can fight against an Assailant. Your Hero’s Stamina must be sufficient for performing this action. The higher the level of an Assailant, the more Stamina you Hero needs to attack.

Conducting corresponding Studies and upgrading your Hero’s Skills allows you to increase the Hero’s Stamina and critical hit chances, as well as improve many other important characteristics that influence the outcome of battles against the Assailants.

There are two kinds of attacks on an Assailant: a normal and a heavy attack. During a normal attack, the Hero can land only a single hit. During a heavy attack, however, they can land several hits at once. The number of hits depends on the Hero’s Stamina. 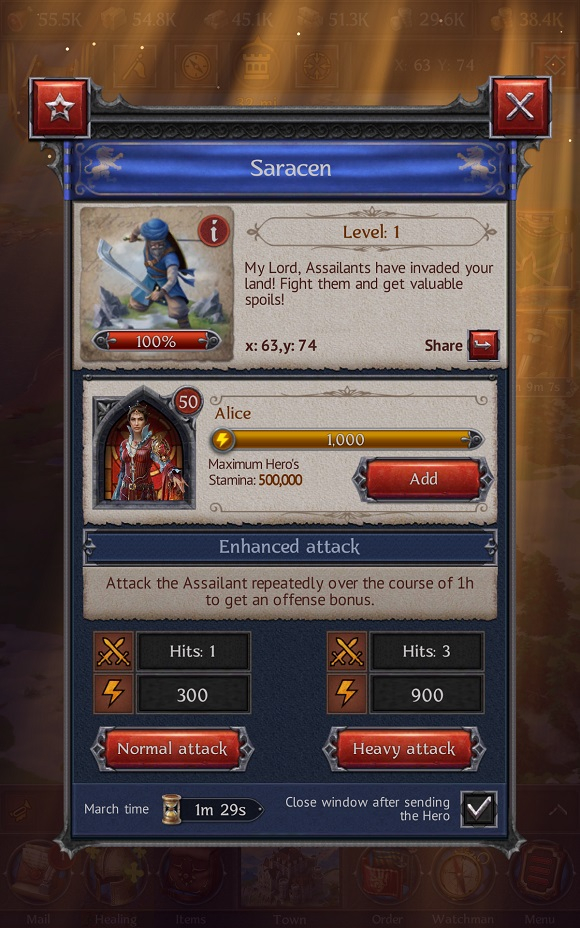 When the Hero destroys an Assailant, they get a valuable reward. At the place where the battle was held, the Assailant’s Camp appears – a special resource location where your troops can yield various materials and resources. 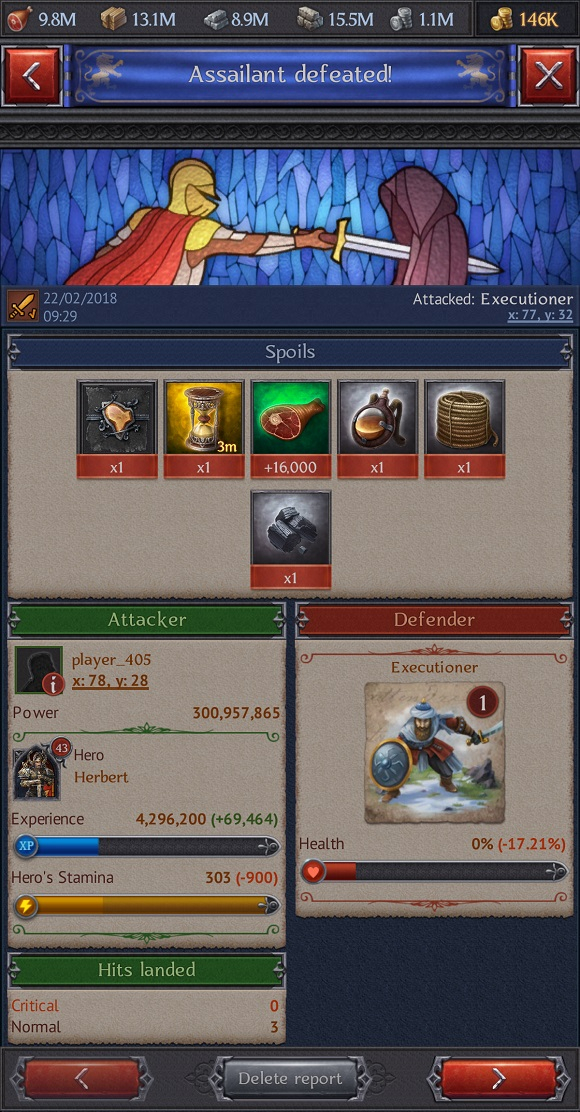 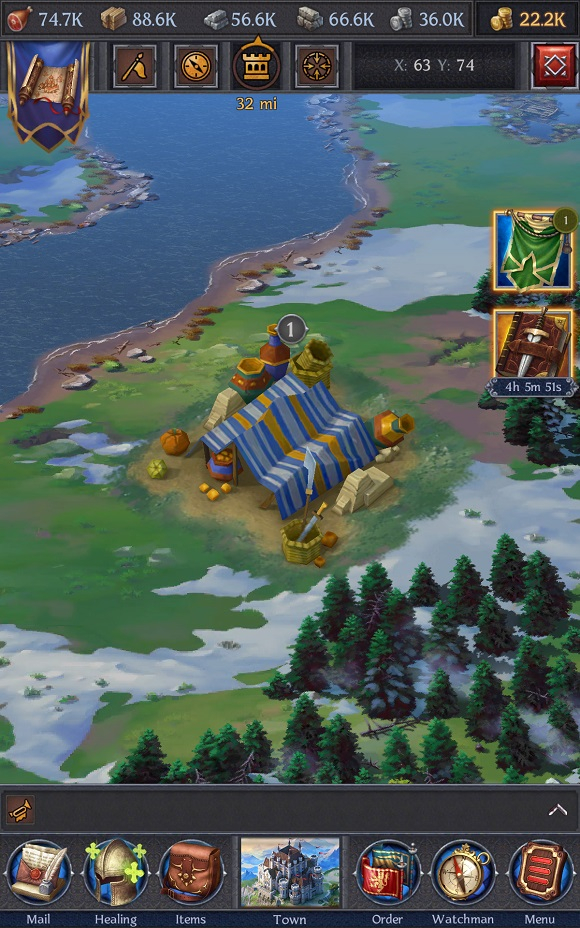 Materials gained in battles against Assailants are used for crafting special Assailants’ equipment in your Workshop. 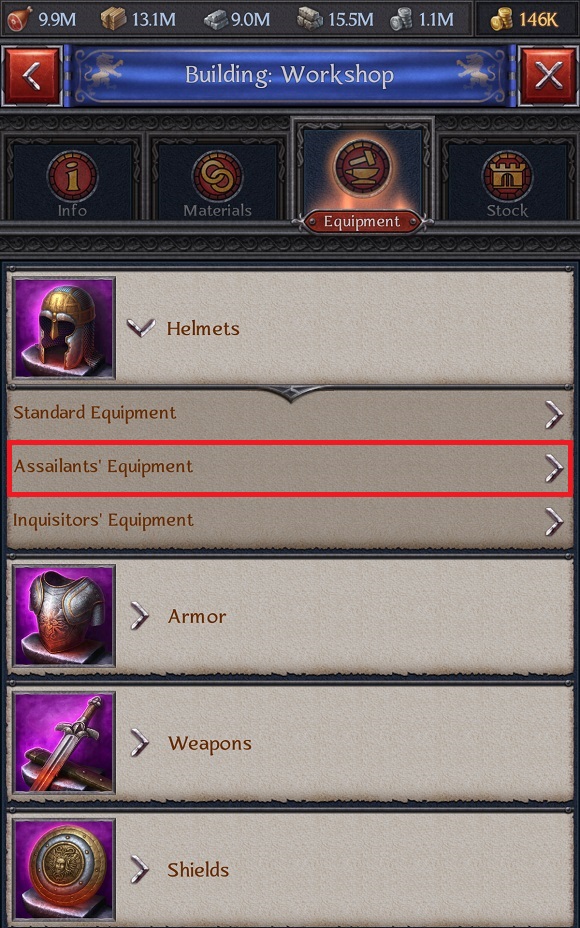 Note: not only you can attack Assailants, but also any other Lord who sends their Hero into battle.