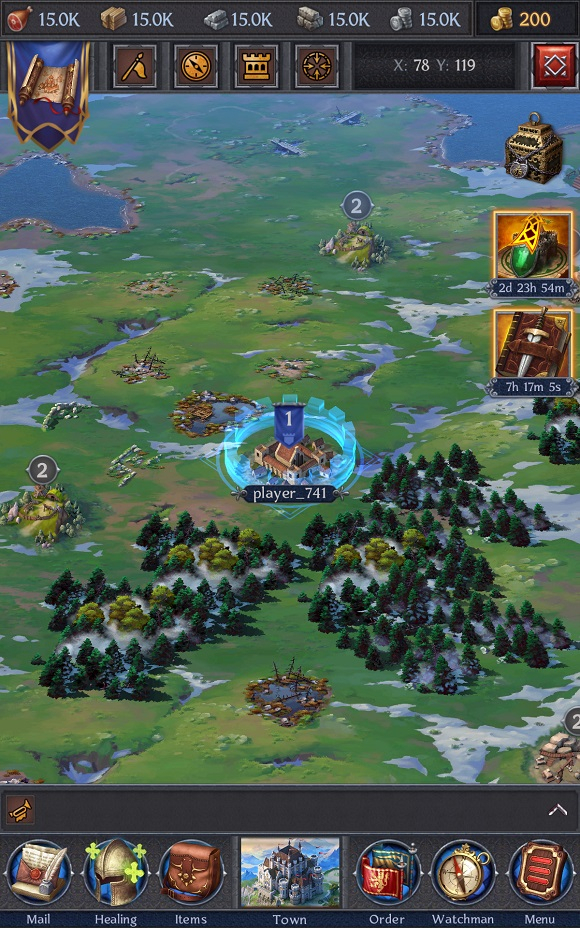 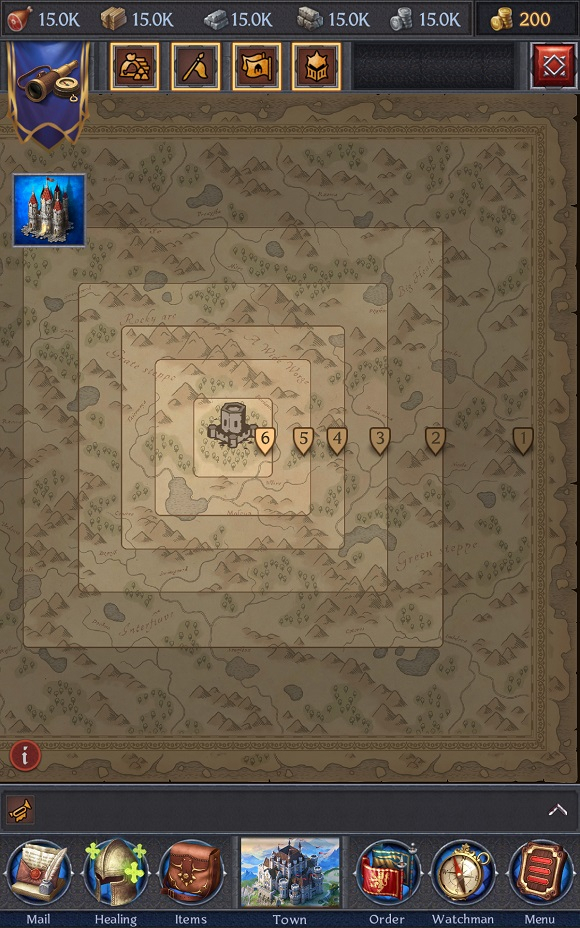 Using the mini-map, you can go to objects on the Kingdom map by tapping the corresponding icons.

In the lower right corner of the screen, you can find information on your marches: sent carts, armies, and scouts. Above this are shortcut icons to Boosts, Events and lucrative Bank offers. 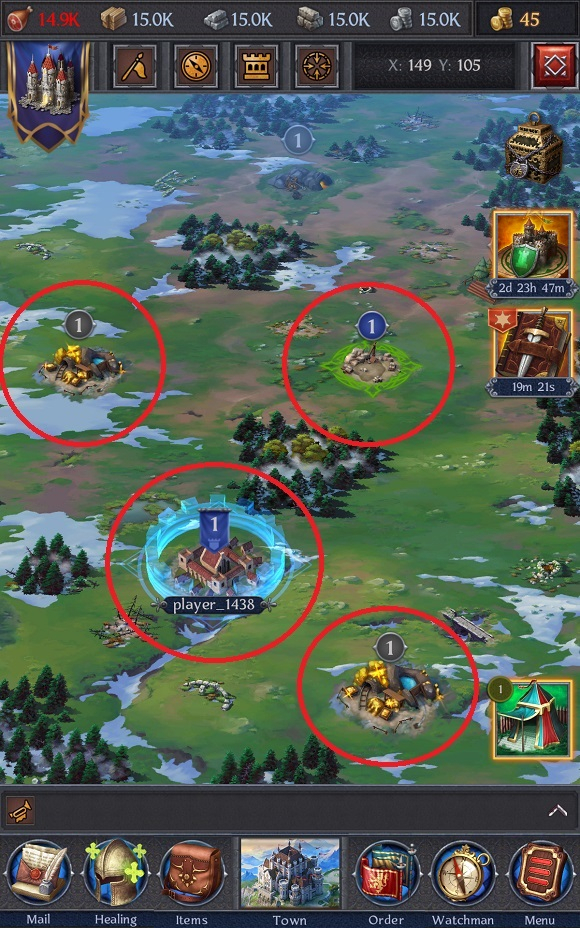 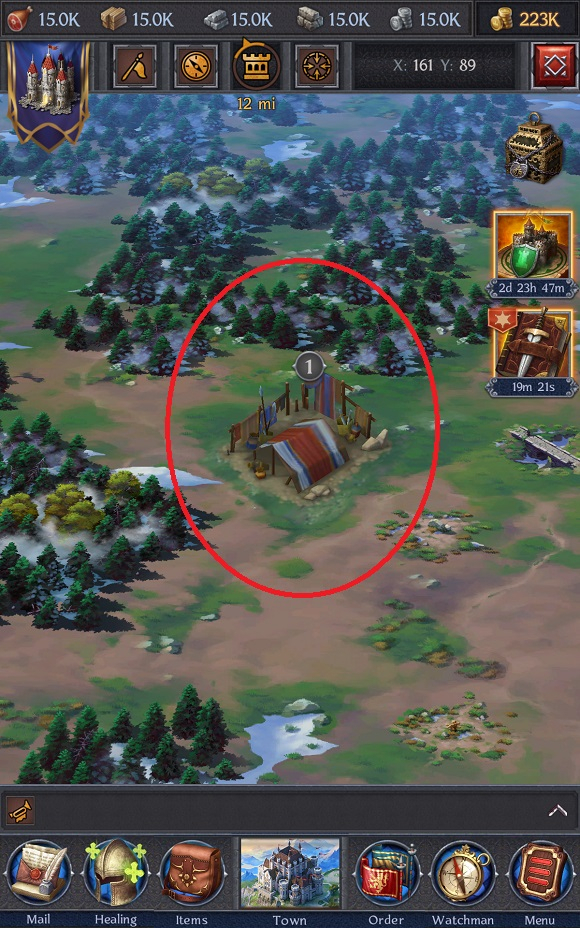