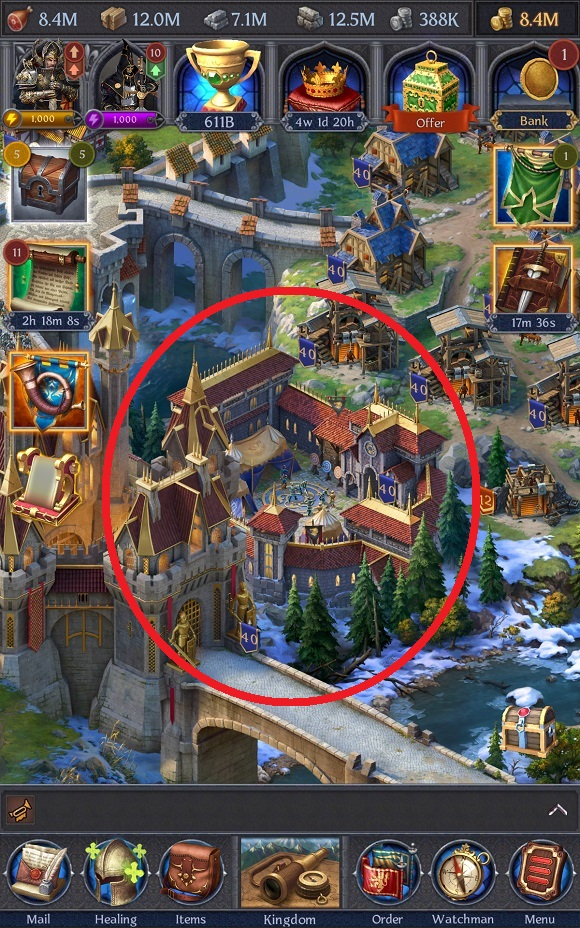 A Raid is a joint attack by several Lords of one Order on a player who may be either a member of an Order or an individual (in this case the Raid is possible only if the Palace level in the Town being attacked is 15 or higher).

If you want to launch a Raid on another Lord's Town, go to the Kingdom map, select the target, tap the "Raid" button and set the start time for the joint attack. Then the window for forming a troop will be displayed. 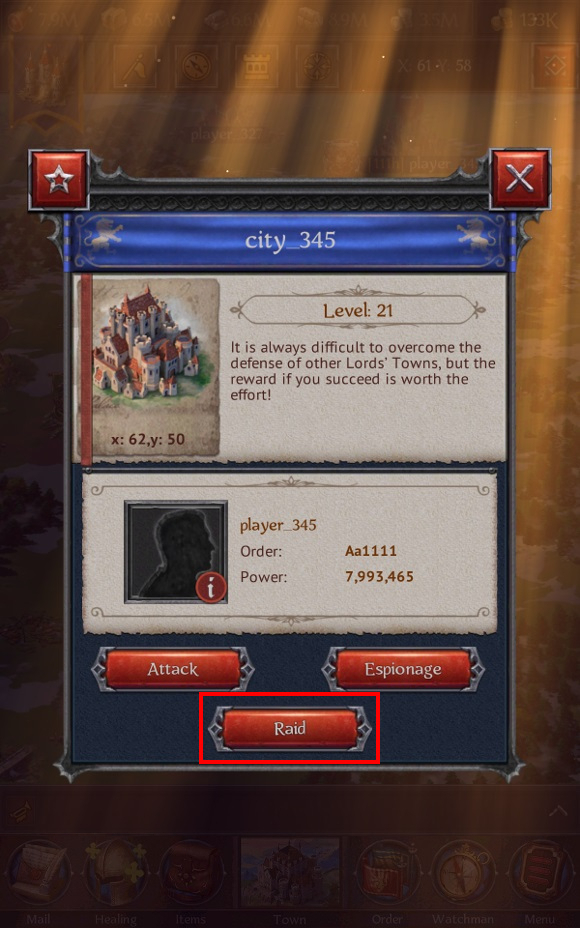 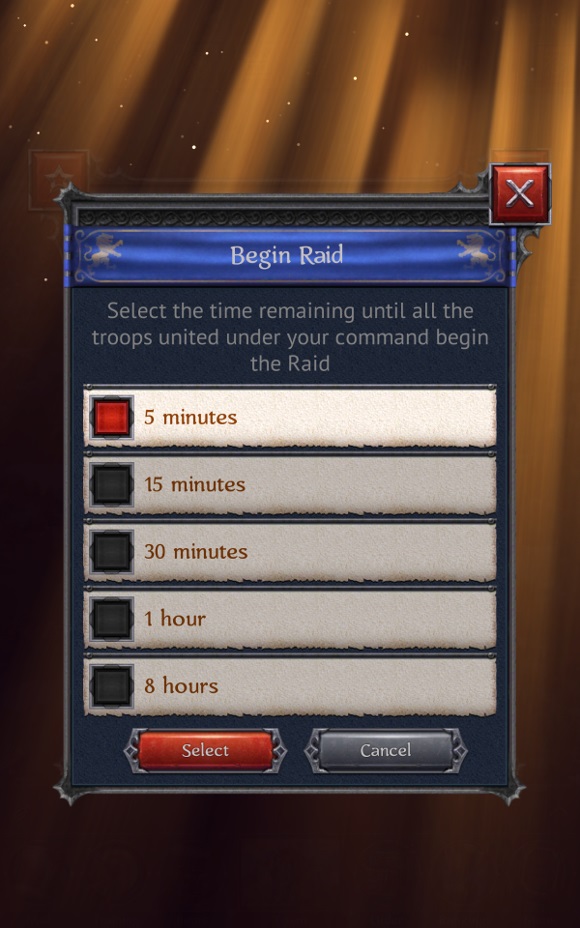 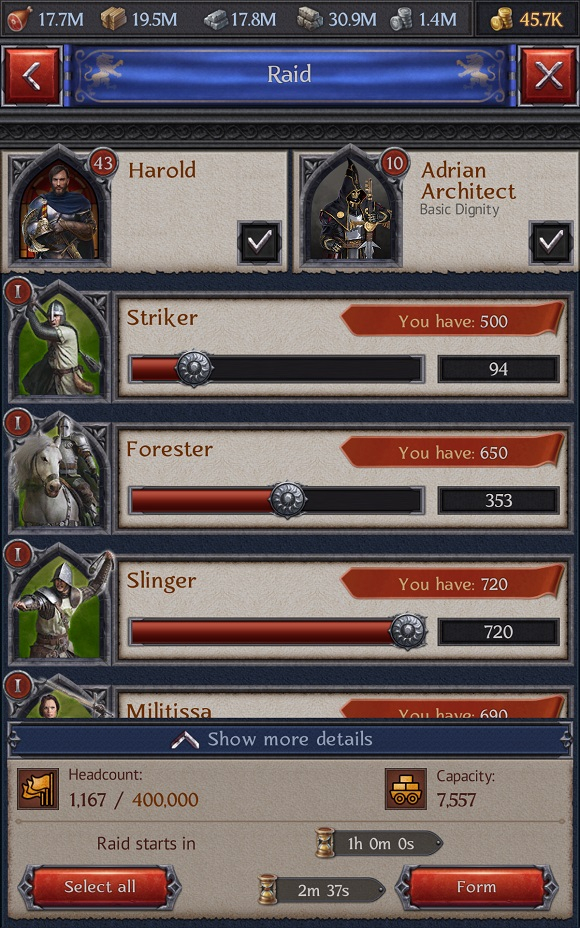 You can view information about Raids formed by your allies in the Raids tab of the Military Camp, or in your Order menu. If you want to take part in a Raid, tap the “Participate” button next to any empty field for new members. 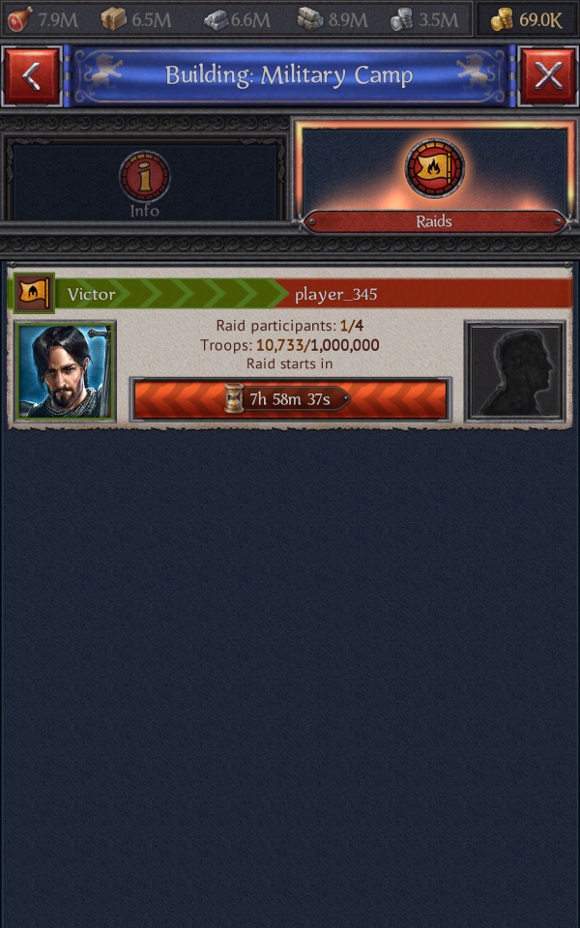 The Military Camp level in your Town determines the size of the army you can send on a Raid formed by your allies. The total number of Raid troops depends on the level of the Council Hall in the Town of the Lord forming the Raid.

Ally troops sent to the Town of the Lord forming the Raid will defend the Town in case of an attack.

Lords who want to form or participate in a Raid and do not meet all the required conditions will see a pop-up window with a list of necessary actions. 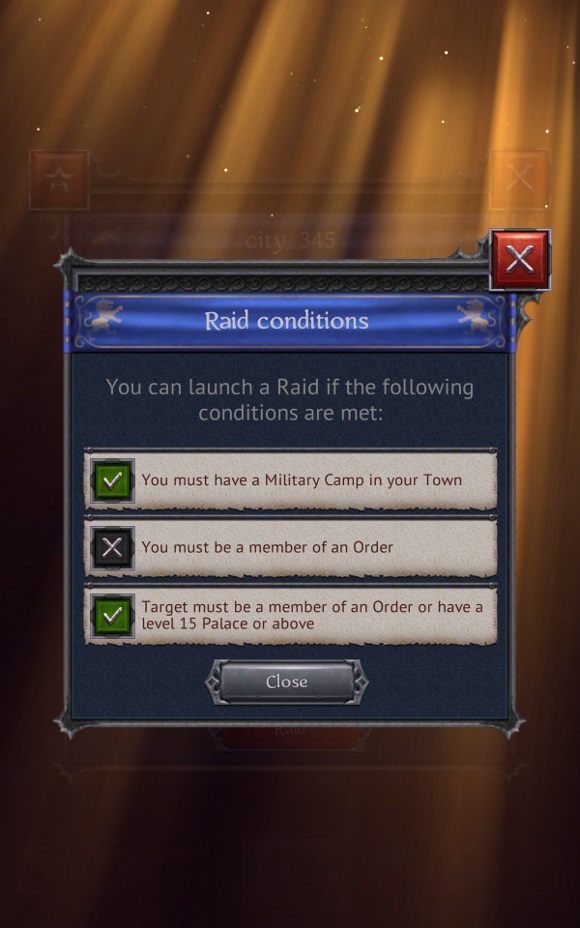 Remember that you can start the Raid before the timer runs out, without waiting for all the warriors to arrive. To do so, tap the "Start" button in the Raid window. 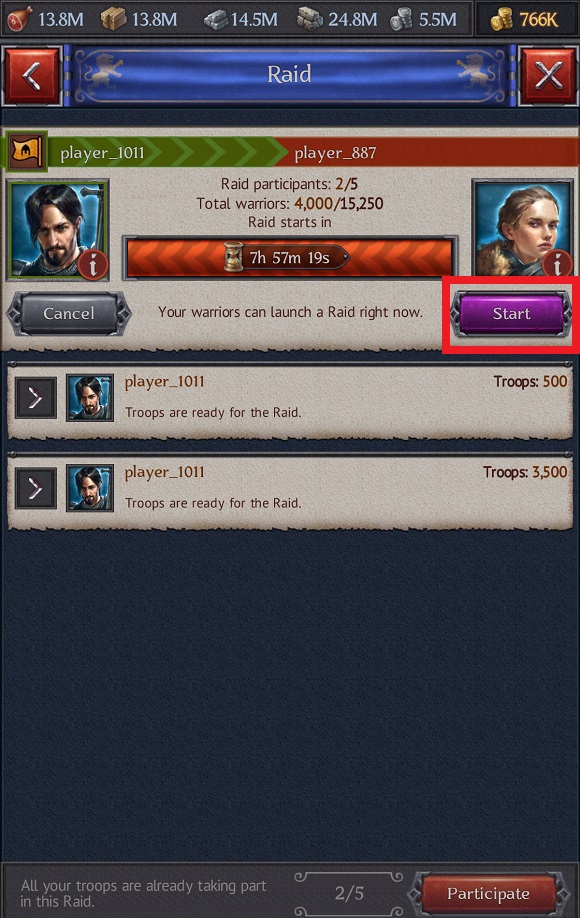