To earn points in the Orders War, you need to complete the tasks specified in the rules of the Tournament.

Points are counted towards personal and Order achievements. They can be earned either in your home Kingdom or in the enemy Kingdom. However, you will get more points for actions performed in enemy territory.

In total, there are seven categories of tasks: 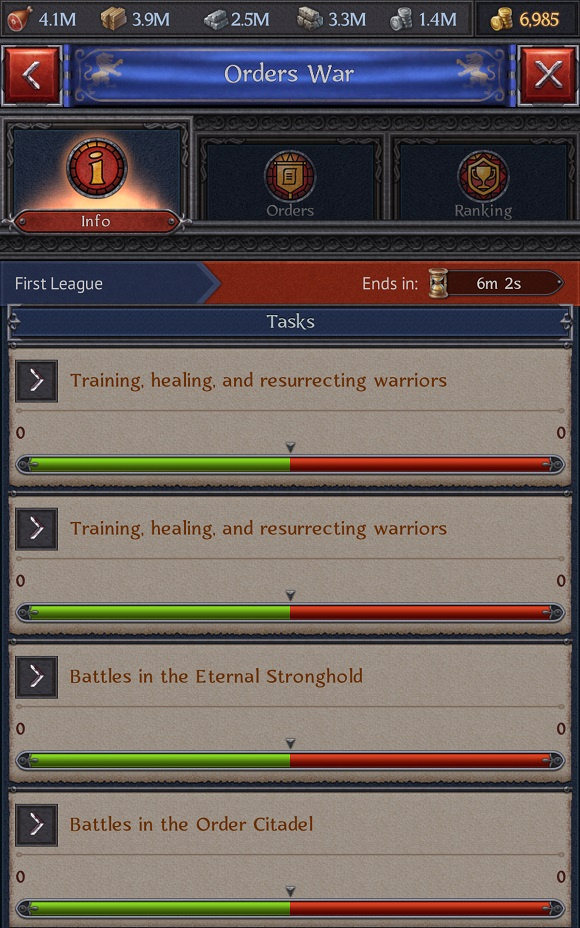 Please pay attention to the rules by which points are calculated for subcategories in the "Gaining Power and developing the Order Citadel" category:

If a Lord who joined an Order after the worldwide Tournament had been announced becomes the Master, the alliance won't earn points for the "Gaining Power and developing the Order Citadel" category.

It should also be noted that if the checkpoints were passed only due to the points for developing the Order Citadel, then only the Master will receive notifications about this and the subsequent rewards for doing so. Moreover, if the Order wins, none of its members will receive a reward for or notification about the Tournament victory. However, the bonuses that speed up processes will be effective in all the alliance members' Towns and in the Order Citadel itself.

To be victorious, an Order needs to earn more points than its opponent in most categories. If, at the end of the Tournament, the competitors both have the lead in the same number of categories, then the alliance that scored the most points in total will be the winner.

If your alliance wins, all its participants who earned at least one point will receive a reward.

Note: in the Orders War, points are only scored for destroying enemy Order warriors and soldiers from foreign armies.

In addition, the following rules also apply in this worldwide Tournament: 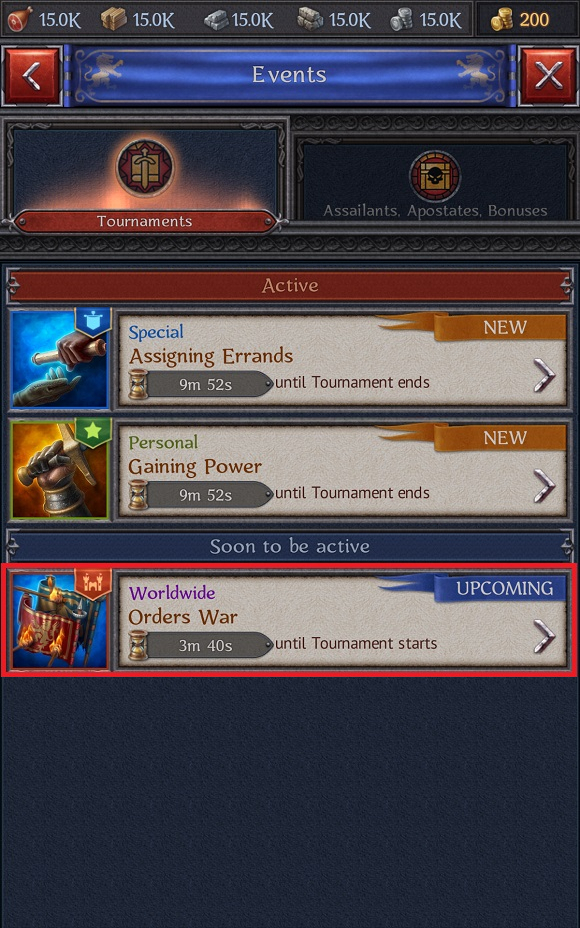