Troops defend your Town, attack other Lords' Towns, and yield resources in resource locations. They can also be sent as reinforcements to Castles and Towns.

To start training troops, you need to build at least one Barracks. The more Barracks that are in your Town, the more warriors you can train simultaneously. In addition, the maximum number of warriors in training can be increased by conducting the corresponding Studies, as well as by upgrading the Hero’s Skills and Inquisitor’s Doctrines.

There are two ways to conduct troop training: instantly (by spending Gold) or over a period of time (in exchange for resources). To train tier VIII warriors, you will also need Trophies of Arms.

You can speed up the training process by using special Boosts and Speed-ups, conducting Studies, and upgrading your Hero's Skills and Inquisitor's Doctrines.

There are 5 types of troops: ranged, spearmen, knights, cavalry, and siege. Each type has its strengths and weaknesses. By taking these into account, you can form the most effective troop for fighting an enemy. 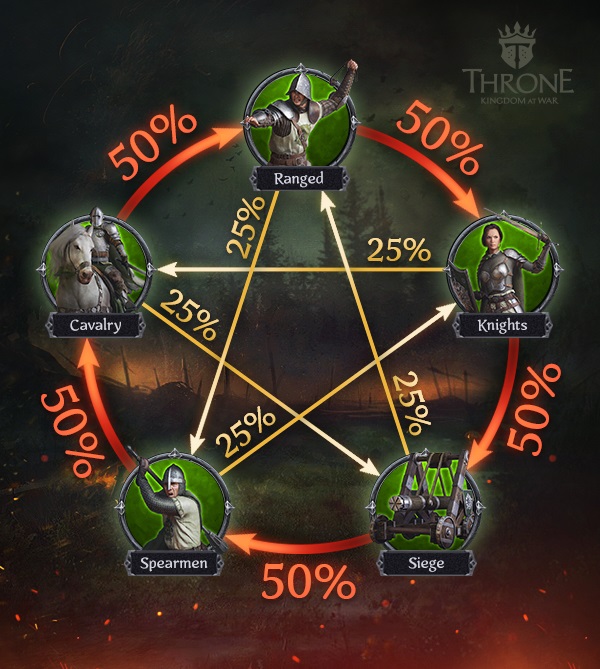 By tapping the icon of any warrior in the Barracks, you can find out their characteristics: the tier and troop type that the warrior belongs to, their offense, health and defense stats, upkeep cost, training time, speed, and capacity.

You can increase the military stats of your warriors by conducting Studies in the Academy, upgrading the Hero’s Skills and Inquisitor’s Doctrines, crafting equipment in the Workshop, and enhancing it with jewels and runes, as well as by activating VIP status and Townscapes. 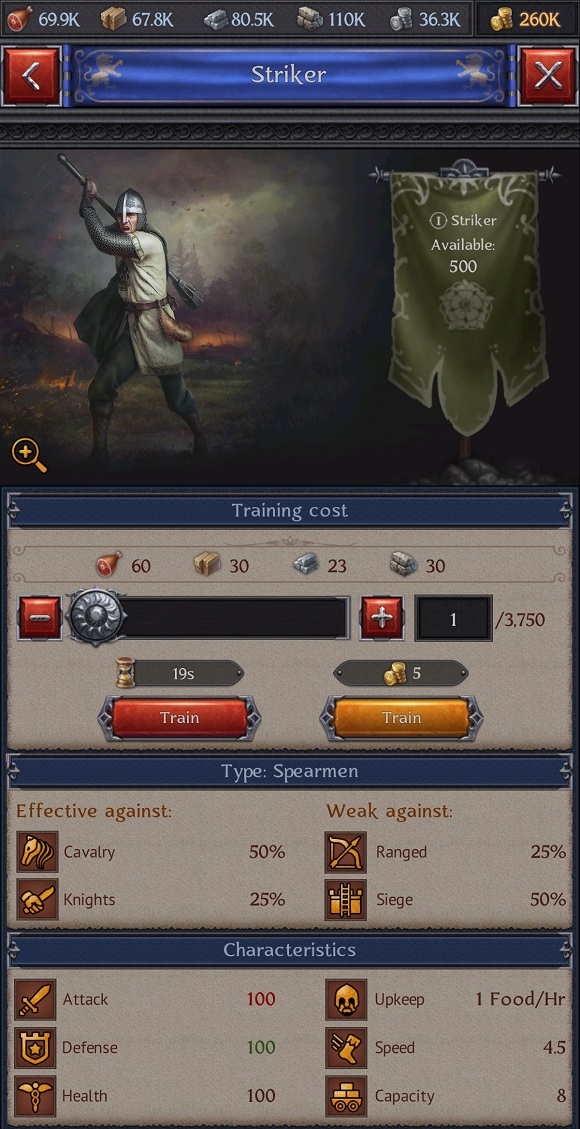 There are also scouts who can provide you with information on the opponent’s forces in an enemy Town or resource location, and defend your Town from enemy scouts. Scouts can only fight against enemy scouts. They are unable to fight against other troop types. 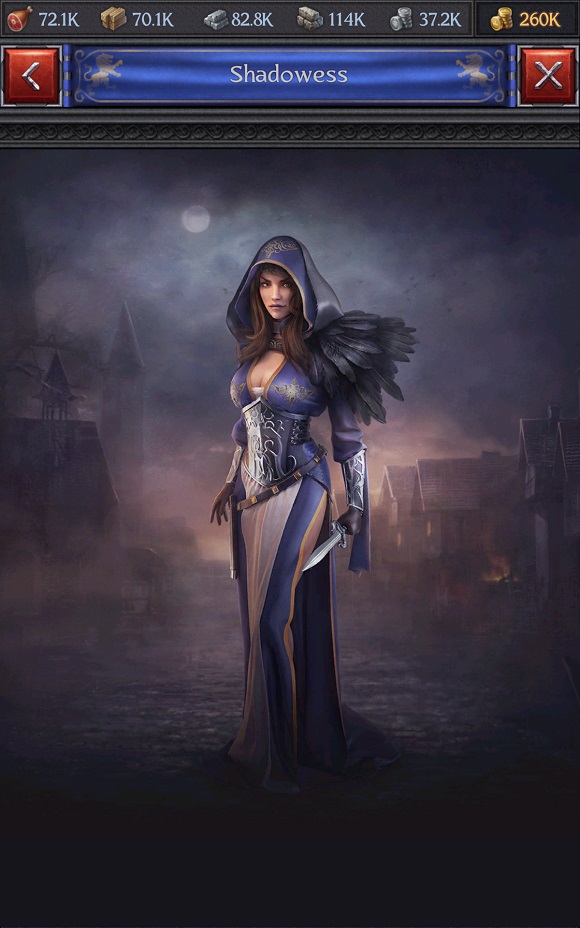