The Imperial Fury grants a permanent bonus to your army's offense during a Raid, attack, or espionage against enemy Towns, but it imposes a restriction on using Inaccessibility. This restriction is activated automatically, and its duration depends on the Study level. 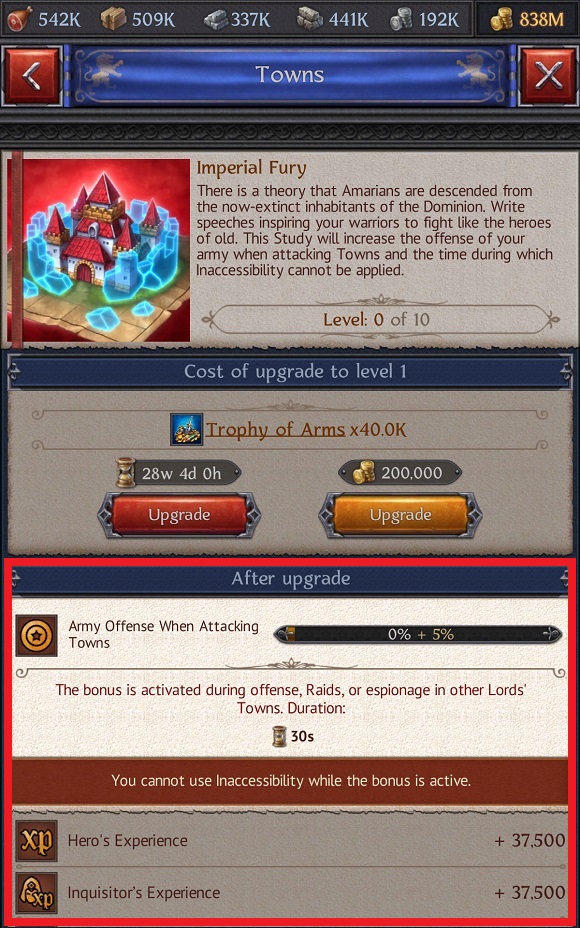 You can view the duration of this restriction: 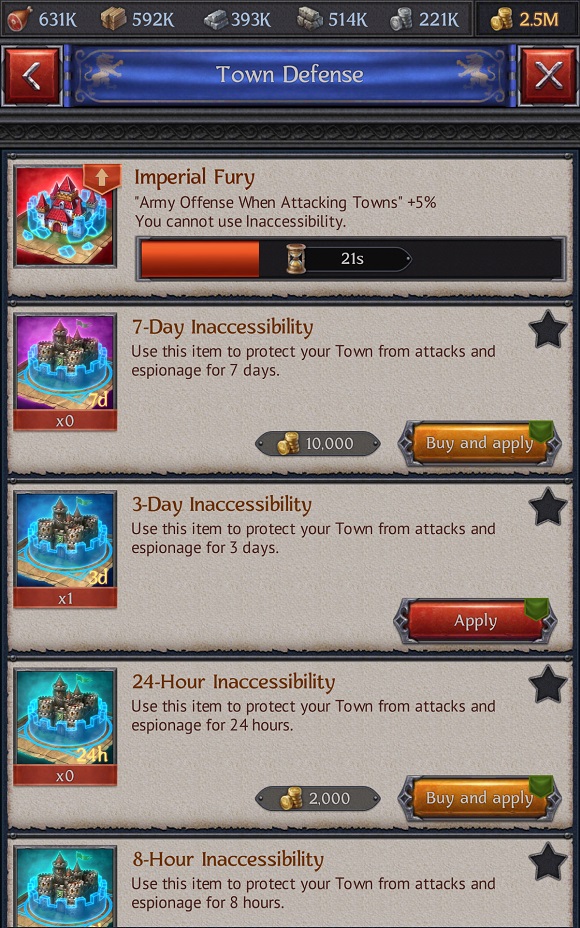 The increase to offense that is granted by the Imperial Fury and the restriction on the use of Inaccessibility act independently of one another. The bonus is constantly active and affects all troops that you send to enemy Towns. The timer on the Boosts icon and in the Town Defense category is not related to this bonus. The timer only shows the period during which you cannot use Inaccessibility.

Every attack, espionage, or Raid that you direct at another Town reactivates the Inaccessibility restriction. That is to say, if you perform one of these activities while the restriction is already active, the countdown of its duration will start over again. 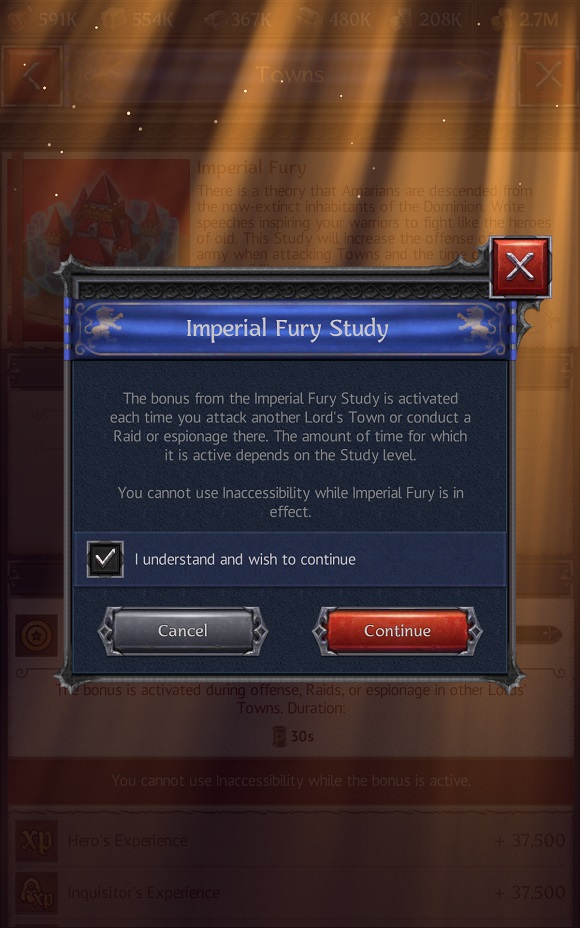