When entering a new hall, you may face a Marauder or their Leader. In this case, you will be automatically redirected to the battle window. 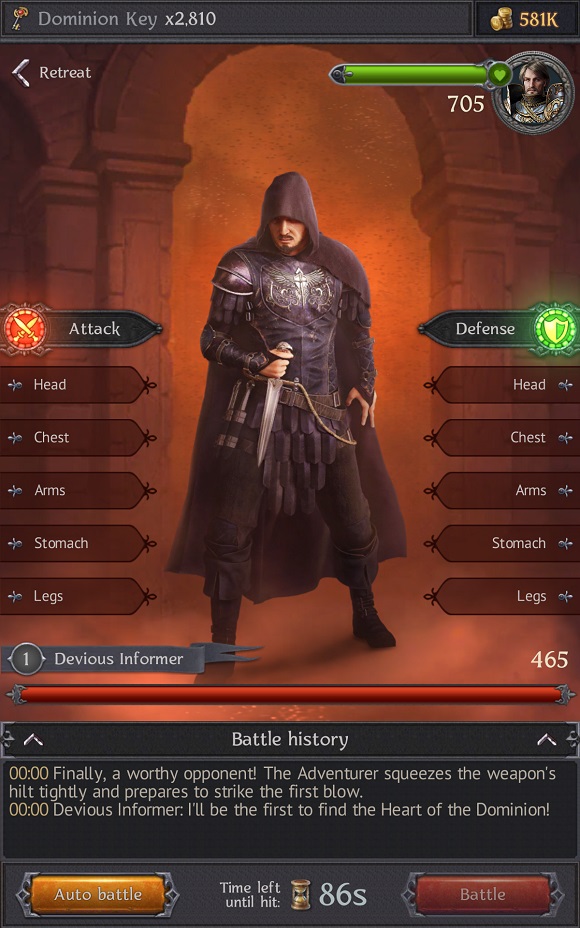 Marauders differ in terms of their level, strength, and type.

Once you've encountered an opponent, you can either fight or retreat. Please note: if you retreat, you leave the Ruins and your exploration progress for the building is lost.

Battles against the Marauders play out step by step. Both the Adventurer and their opponent have identical attack and defense zones: head, chest, arms, stomach, and legs. Each turn, you need to select both a zone to attack and a zone that you wish to defend.

The number of zones the Adventurer defends in one turn can be increased by equipment bonuses. For example, when you select the head, the chest can be automatically added; when you select the chest, the arms are added, etc. Some opponents can attack or defend several zones.

If you select the desired zones but don't hit the "Battle" button before the timer expires, or don't make any choice at all, the Adventurer will miss a turn. 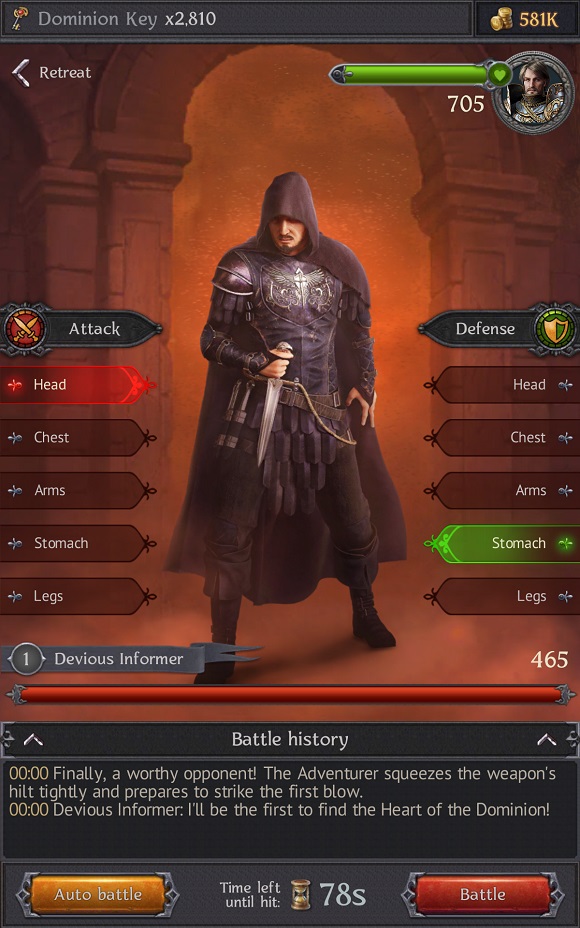 The actions that the Adventurer and their opponent performed during the previous turn will be shown by symbols on the attack and defense zones. This will help you better understand the opponent's tactics and organize your battle strategy in a more efficient way. 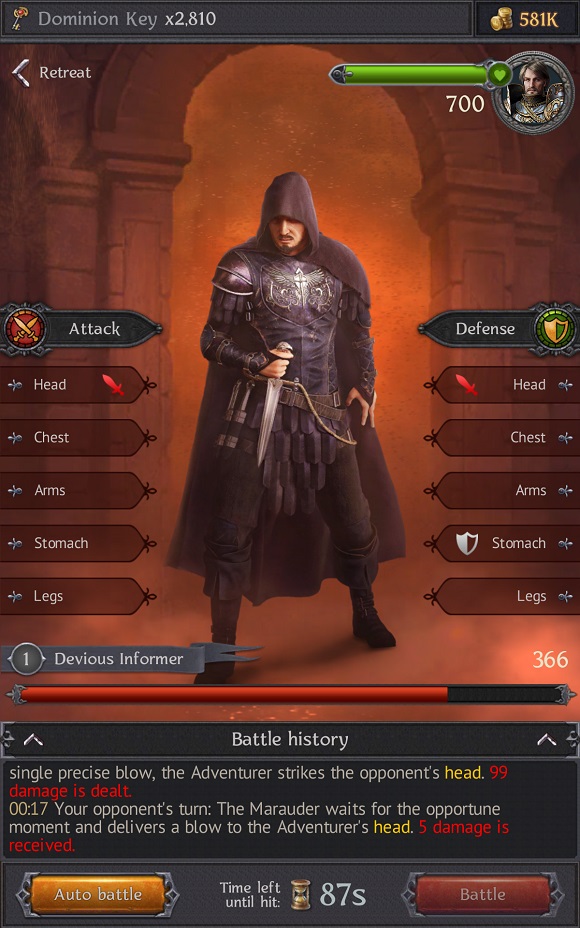 When using auto battle mode, the Adventurer automatically selects the zones for attack and defense.

By default, auto battle is turned off, but if you activate this function, the game will remember your choice and all future battles in this building will be performed in auto mode until you switch it off. To do so, hit the "Cancel" button. 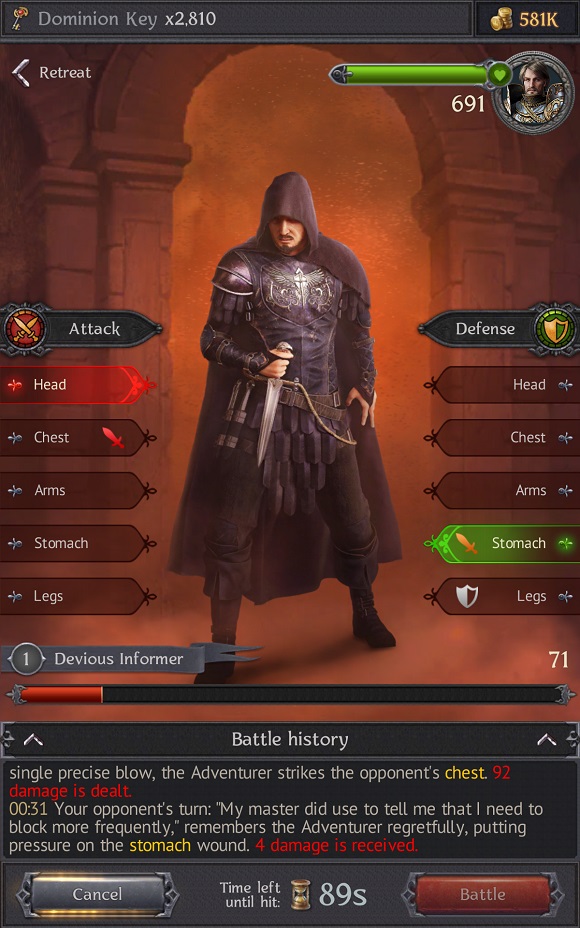 The outcome of each turn is described in detail in the Battle history panel. It describes all the actions performed by the Adventurer and their foe:

If during the battle you quit the game or your connection is lost, your progress will be saved, and after returning to the building, you will continue the battle. Your previous battle history will be lost, however. 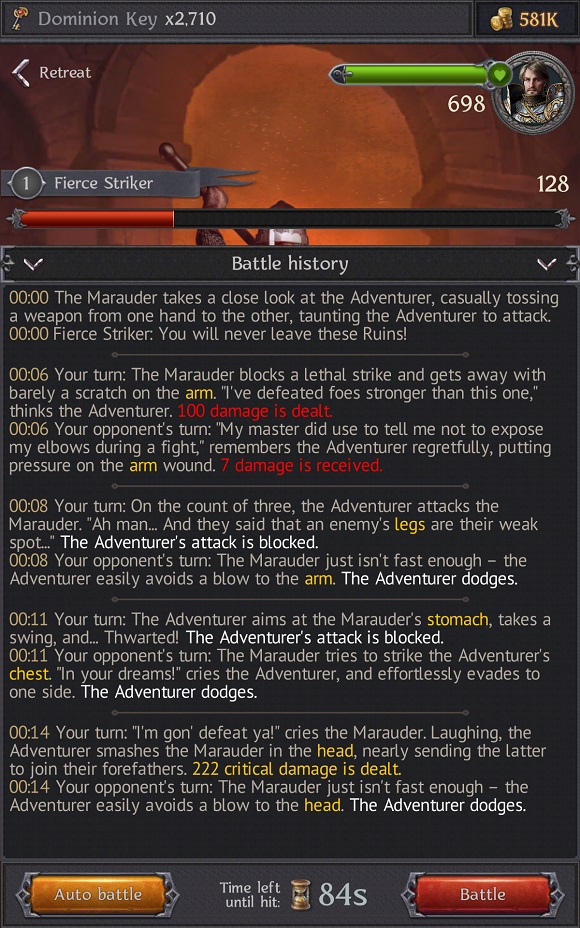 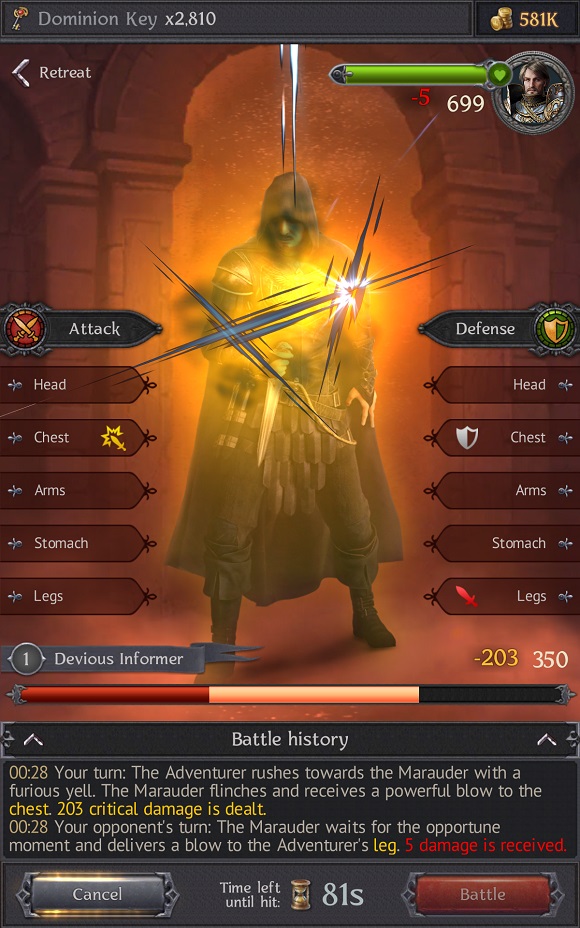 If your enemy's health points reach zero, this is counted as a victory for you, and you receive Adventurer's experience and various trophies as a reward. 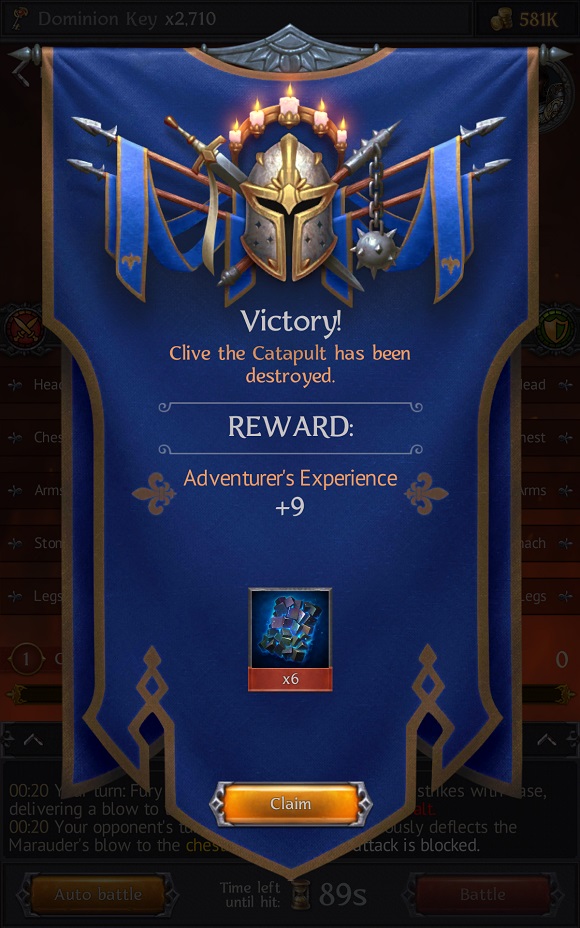 By gaining the required amount of experience, the Adventurer levels up.

The Adventurer loses when their health points reach zero (even if this happens at the exact same moment when their opponent is defeated). In this case, you leave the Dominion Ruins, and all of your exploration progress for the building is lost. 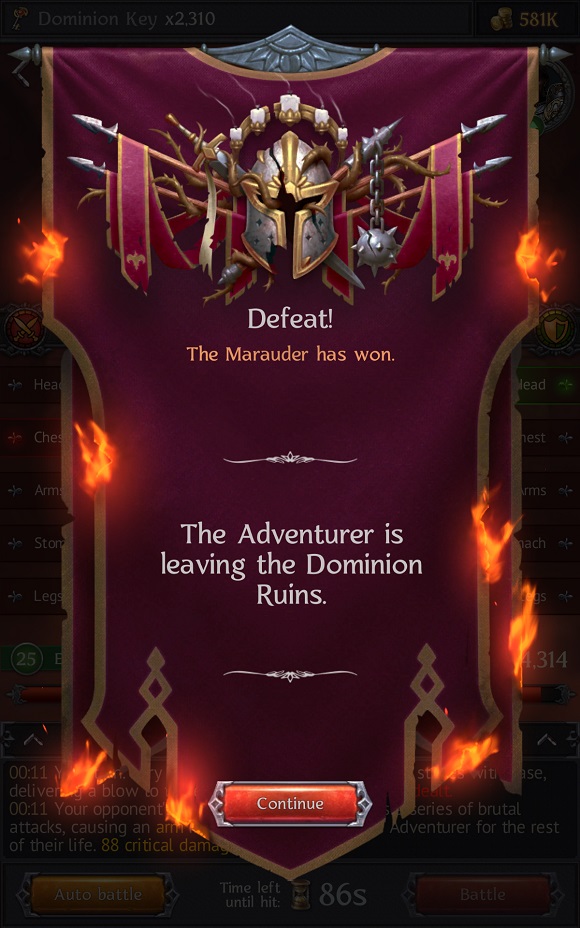