When you relocate your Town to enemy lands, you get the ability to communicate in the chat of the opposing Kingdom. To view messages, tap the chat area and go to the Enemies Chat tab. Messages from Lords of your Kingdom and the opposing Kingdom will be displayed in different colors.

During the Kingdoms War, the Masters of the Orders can communicate with each other in the special Masters Chat to plan their actions and joint attacks. To achieve victory in the Tournament, you may need the help of your recent enemies. Remember: unity is power!

Note: you can participate in a Raid only if it is formed in the Kingdom where your Town is currently located. 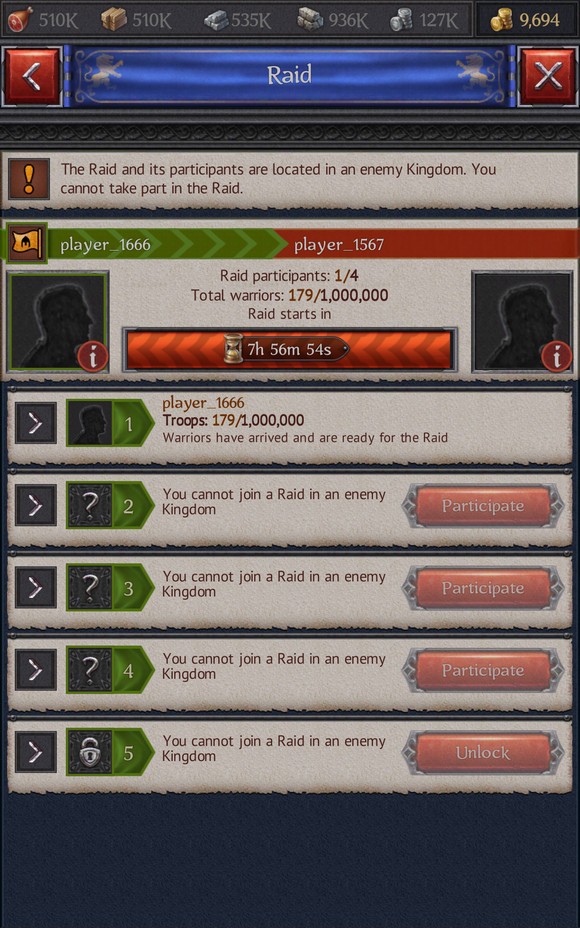 You can only send carts and reinforcements to members of your Order or Pact who are in the same Kingdom as you.

Please note that there are certain attack restrictions during the Kingdoms War. The Lords of opposing Kingdoms can attack only enemy Towns that:

While in an enemy Kingdom, you can attack and capture the Eternal Stronghold and receive points for eliminating enemy warriors.