Cardinals can be promoted in various ways. Some need resources for their promotion, others need Gold, while still others require special items – Trophies of Arms. The promotion of Cardinals for Gold and Trophies of Arms is completed immediately.

To get Trophies of Arms, you need to destroy the armies of Lords from enemy Kingdoms, rebels in Rebels' Towers, and foreign troops during a Championship. 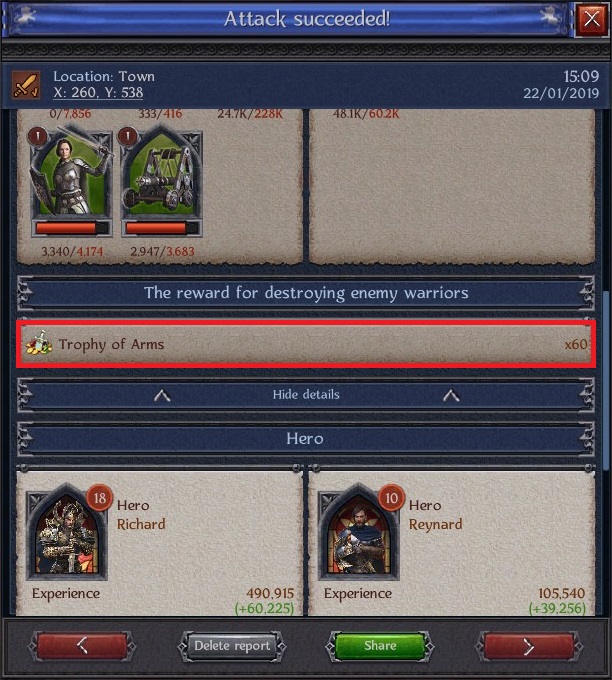 If you're promoting a Cardinal for resources, you will be able to increase another Cardinal's level only after the current process has been completed. If you cancel the Cardinal's promotion, the resources spent won't be refunded.

You can speed up the promotion of a Cardinal. However, bonuses from VIP status and help from members of your Order or Pact don't affect this process.