Each Commander takes their place in one of the Leagues (Fifth League, Fourth League, Third League, Second League, First League and Top League) according to the level of their Headquarters/Core. The higher the level, the stronger the League you will be in. 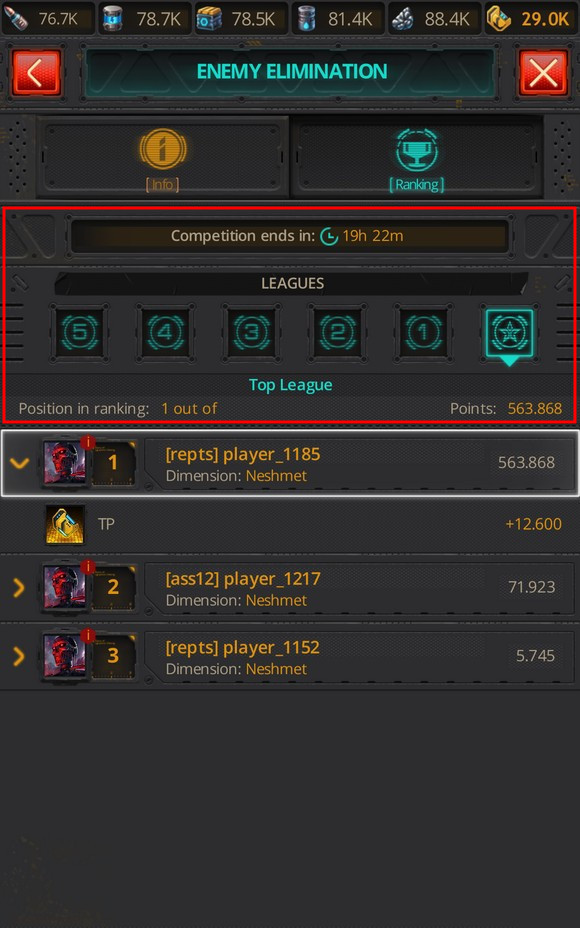 Your current League is indicated under both the Info tab and the Ranking tab. You can enter a stronger League once you have upgraded your Headquarters/Core to a certain level. Moving to another League is only possible after the Competition is over. 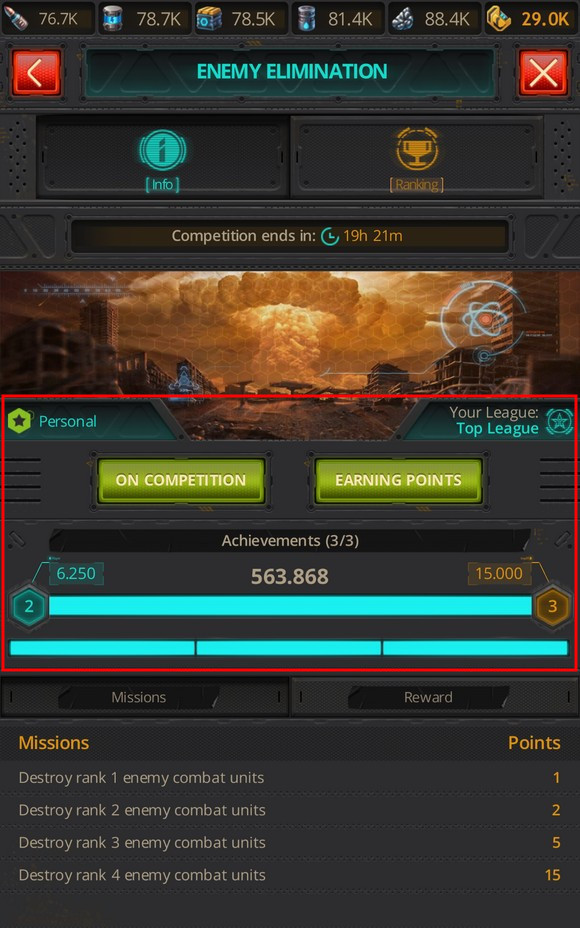 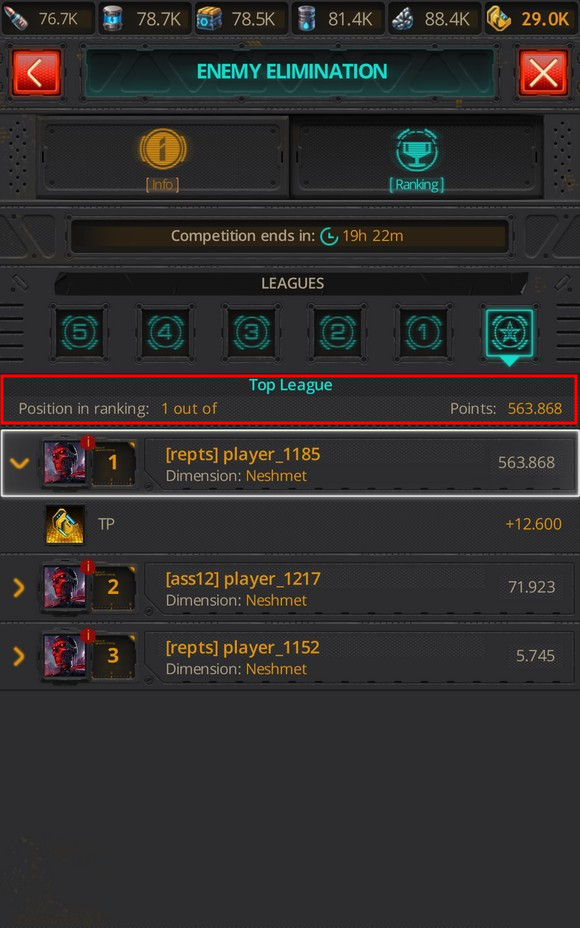 You have a certain amount of time to complete tasks. The timer shows how much time is left until the Competition ends. 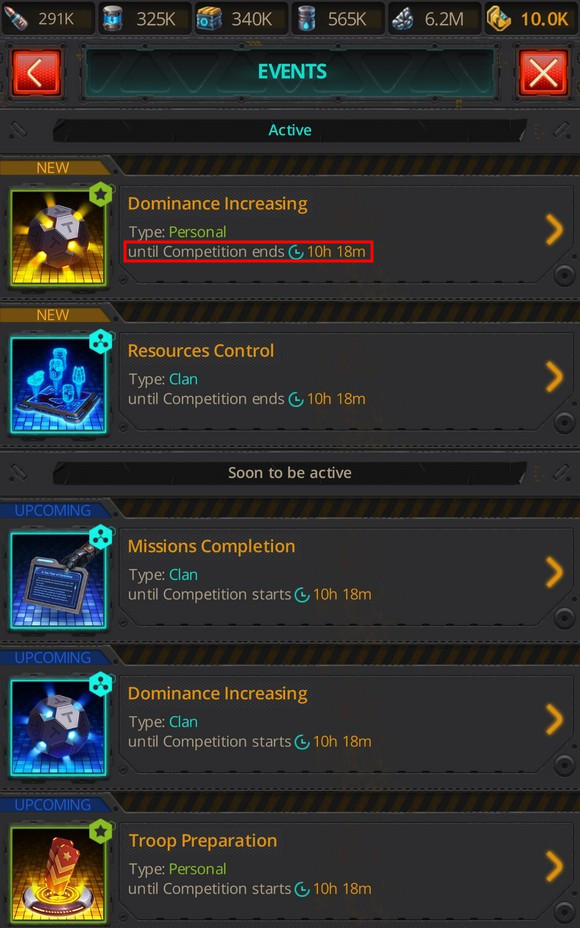 The tasks that the player has to complete and the number of points they get are displayed in the Info tab. 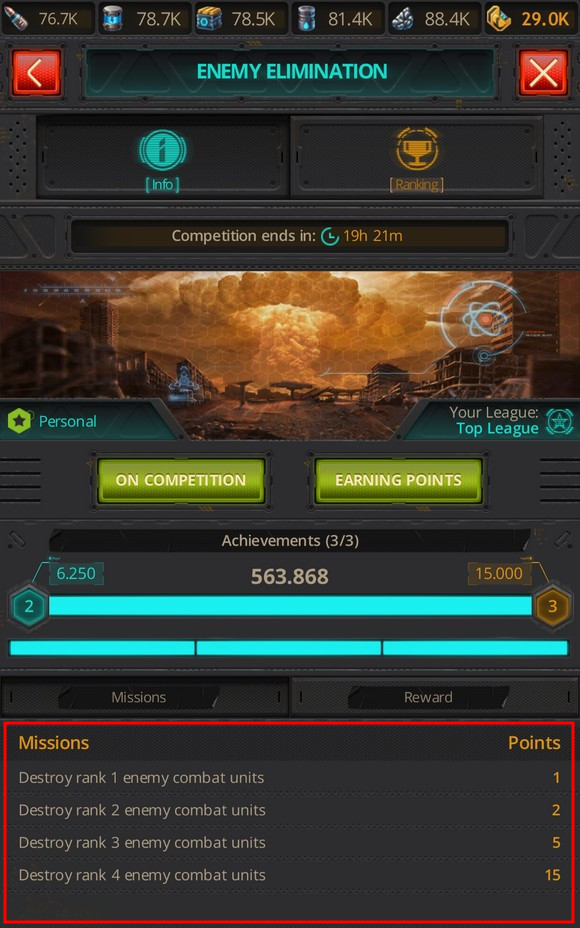 By completing the tasks, the Commander earns points and therefore passes the checkpoints. Each checkpoint requires a certain number of points. 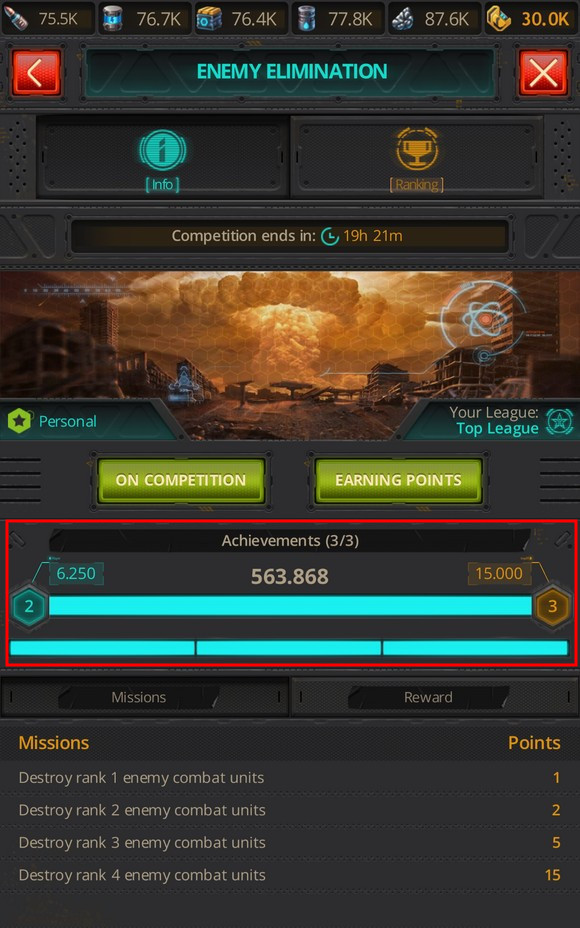 Once you have passed a checkpoint, you get the reward indicated under the Info tab. 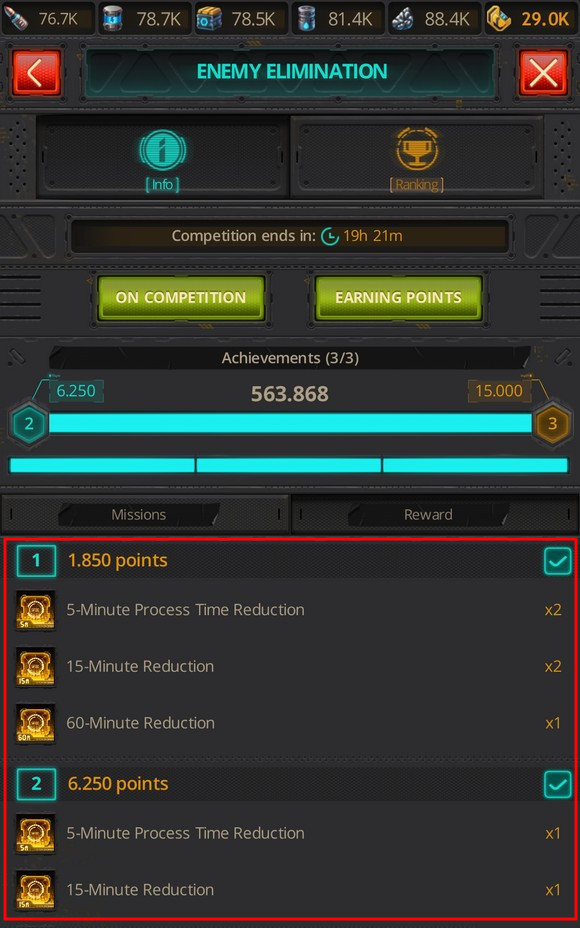 You may complete tasks any number of times until the Competition is over. The more points you earn, the better your chances of taking a top place.

Commanders who have earned the maximum number of points get an additional reward. The winners of each League are shown under the Ranking tab. 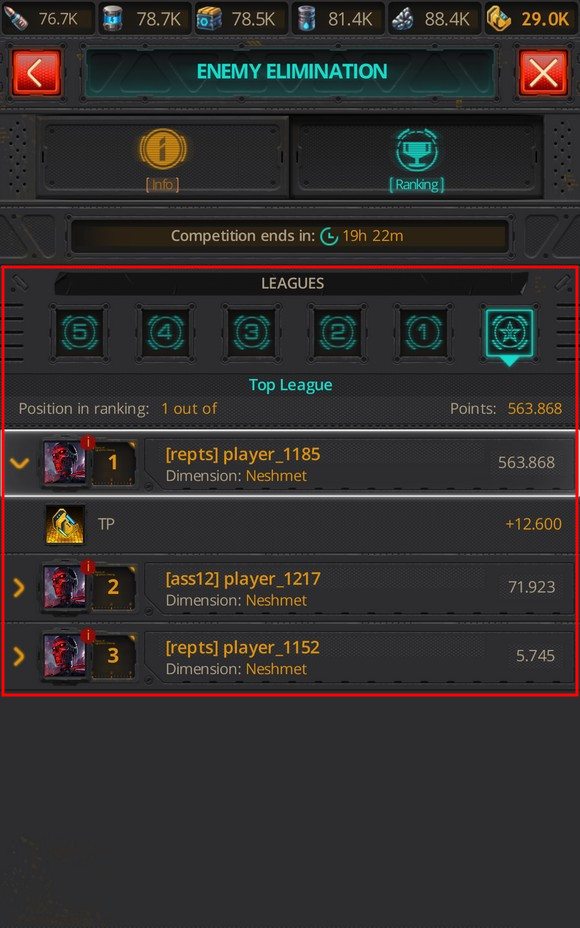 To see what reward a top-placed Commander will receive, tap on their name. The higher the League, the more substantial the reward. 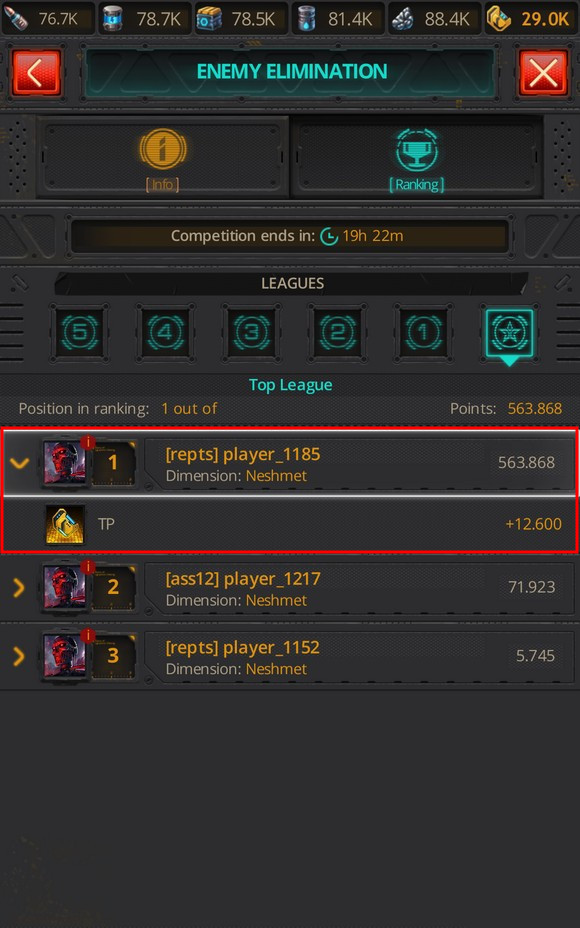