The War of the Worlds — Features

During the global Competition you have access to Home Dimension and Foreign Dimension chats. Commanders from your Dimension and from the enemy Dimension are shown in different colors.

The Dimension's Clan Chiefs will have access to the Chiefs' Chat, where they can discuss their Dimension's tactics and strategy for winning the Competition.

When you are in one of the two opposing Dimensions during the Competition, you can only take part in an Onslaught if you're in the same Dimension as the Onslaught being carried out. 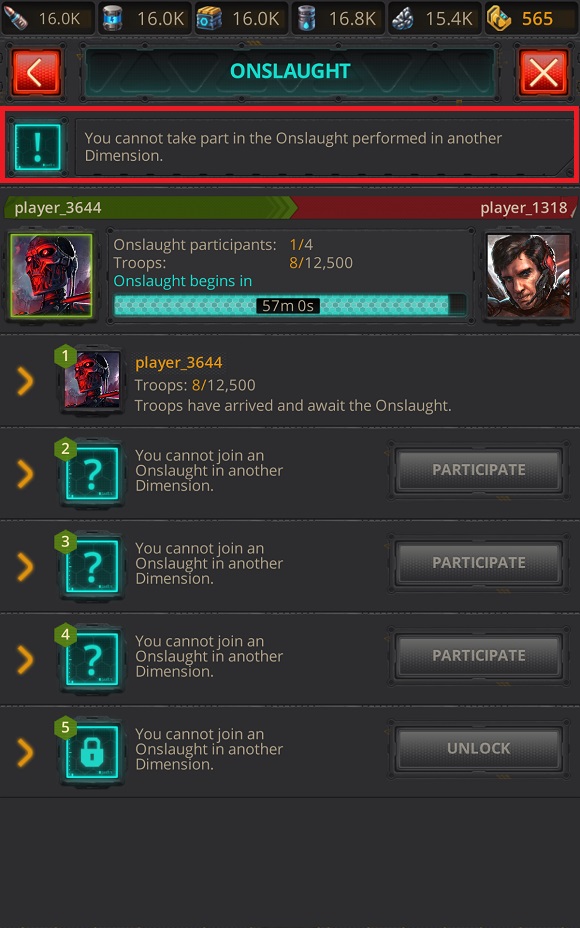 You can only exchange convoys and reinforcements with clansmen who are in the same Dimension as you (whether that is your home or opposing Dimension).

Another special feature of the War of the Worlds is the attack restrictions. Commanders from enemy Dimensions can only attack bases belonging to opponents who are:

Please also note that you can attack the enemy Dimension's Time Machine and score points for destroying enemy troops, but you cannot capture the location.