The end of the War of the Worlds

If you are carrying out an attack, collecting resources or undertaking any other kind of game activity when the War of the Worlds ends, all of these actions will be canceled, your troops will return immediately and your Base will be relocated back to your home Dimension.

The War of the Worlds rewards can be divided into three types: 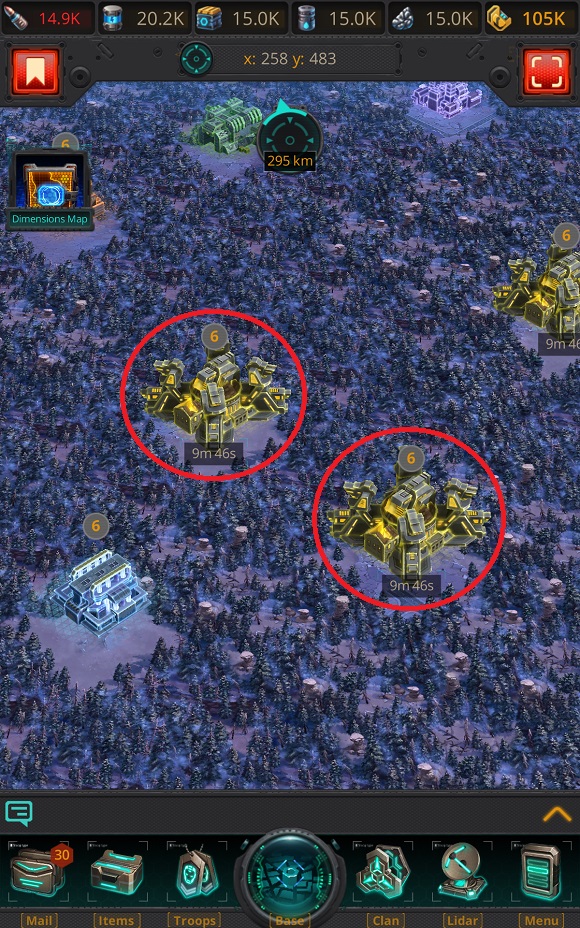 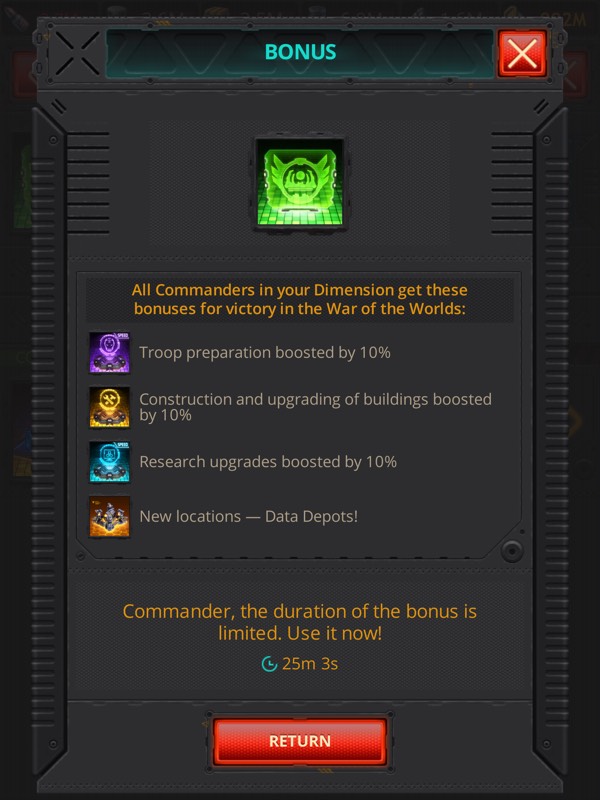