Dimension points are the total number of points from all Commanders taking part in the War of the Worlds. By completing tasks and scoring points, each Commander contributes to the victory.

To win the global Competition, your Dimension needs to score more points than the opposing Dimension. 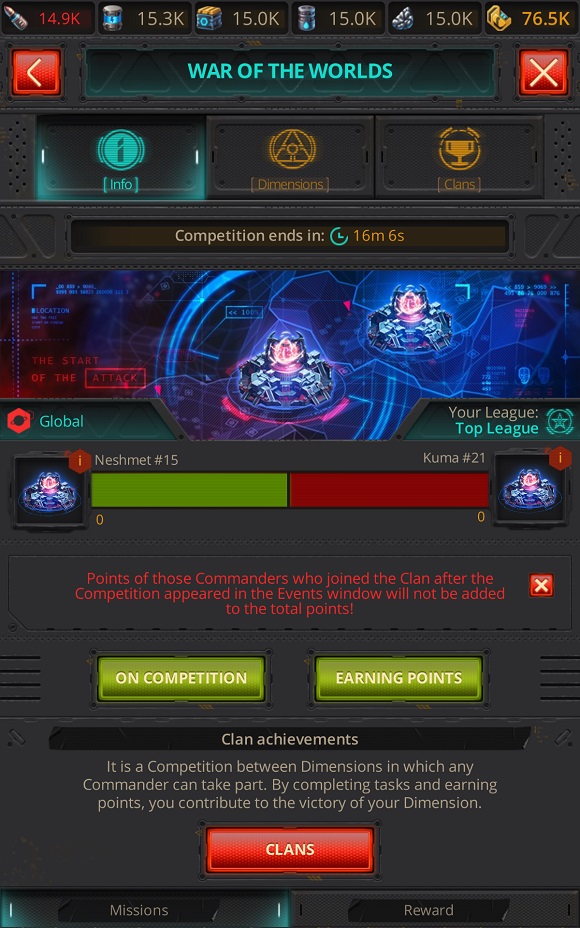 In the War of the Worlds, points are scored for the following actions: