This Tournament consists of three rounds. Each of them lasts for 24 hours. The Kingdom that wins two rounds gains victory in the Tournament.

You can learn more about an upcoming Tournament in the Events window. Go to the Kingdoms War: Retribution section to find information about the enemy, tasks, and a list of possible rewards. 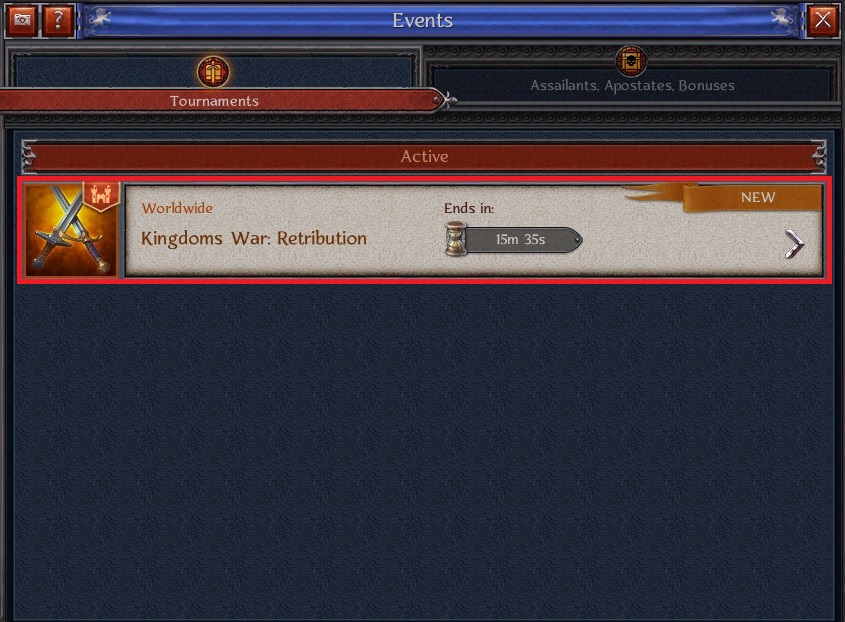 During this Tournament you can stay in your home Kingdom or relocate your Town to an enemy Kingdom and return it using the Invasion and Return special items. Remember that you can gain victory peacefully. Fighting the Lords from an enemy Kingdom is just one of the ways to come closer to victory.