Chat allows you to communicate with other Lords. There are several rooms for communication: 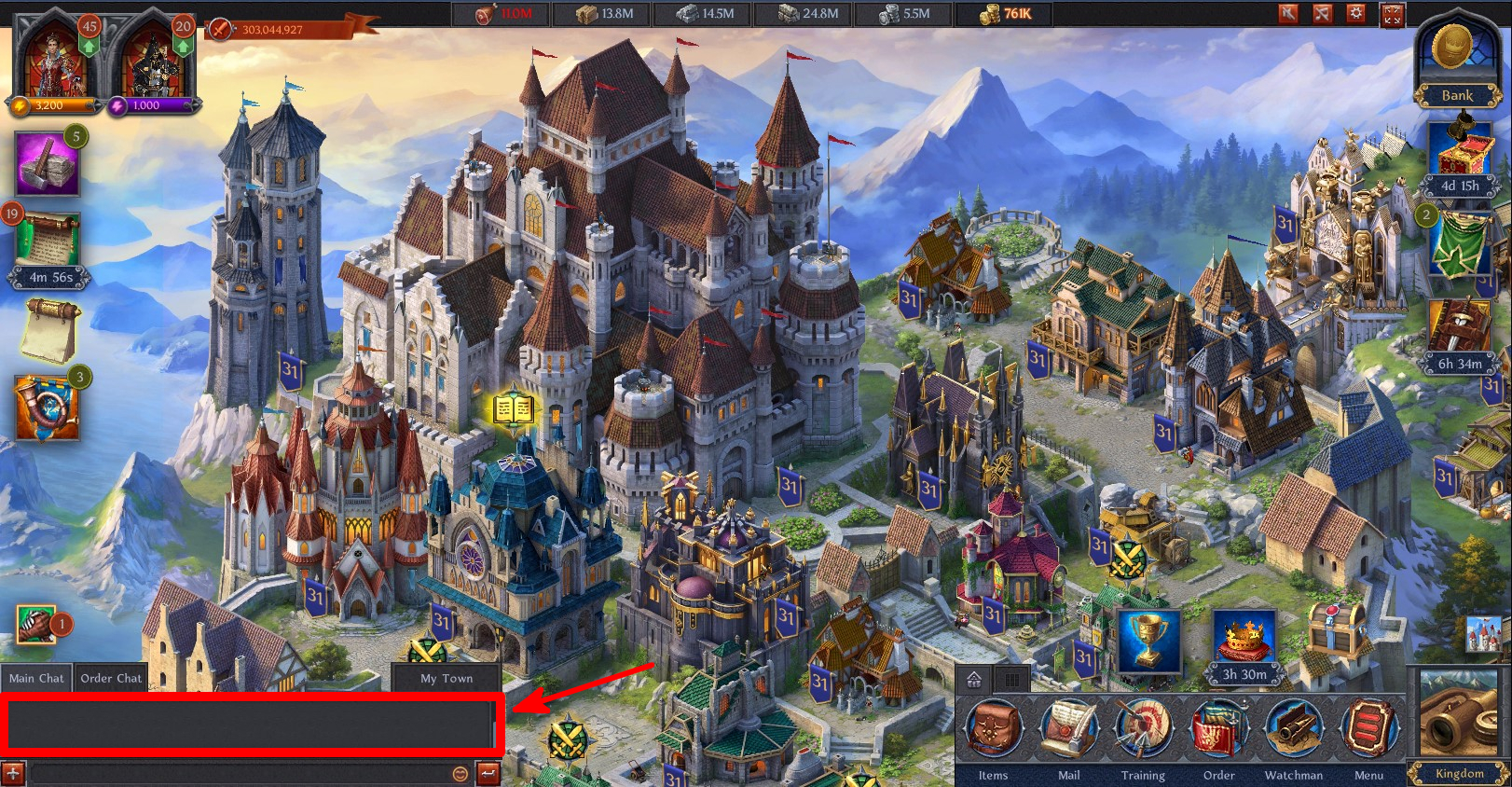 In a chat, the in-game system can automatically activate a delayed sending function for messages. If this delay function is on, you will see a block with a timer instead of a field for entering text. The timer shows the time left until you can write to the chat again. 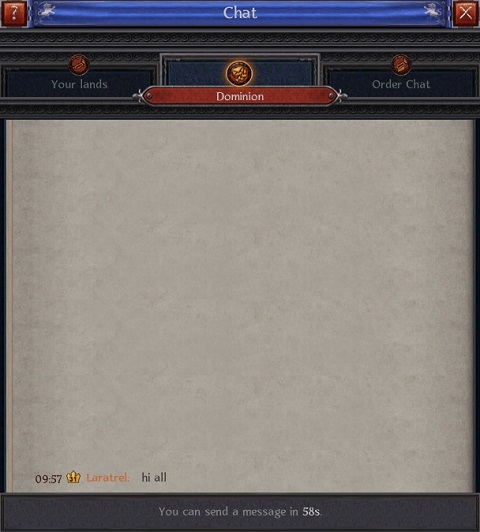