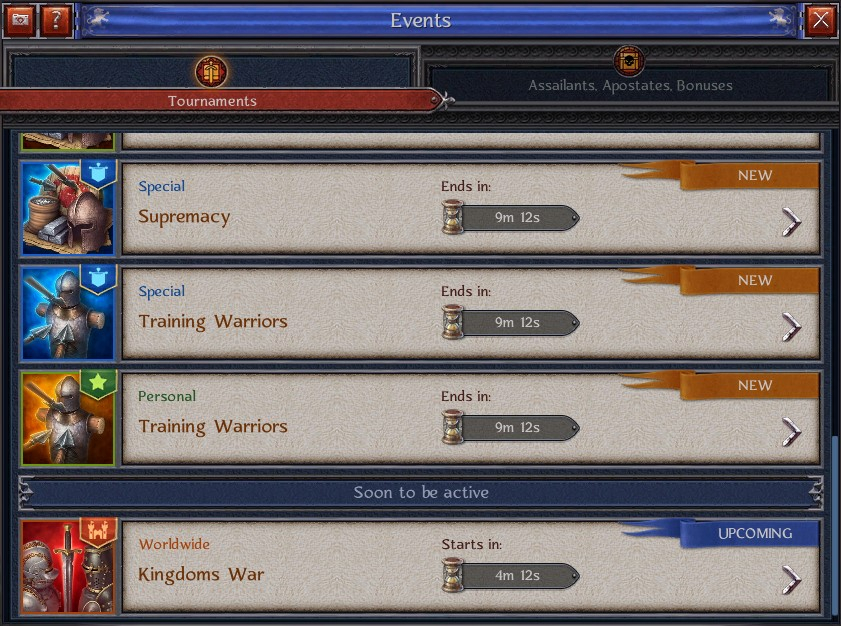 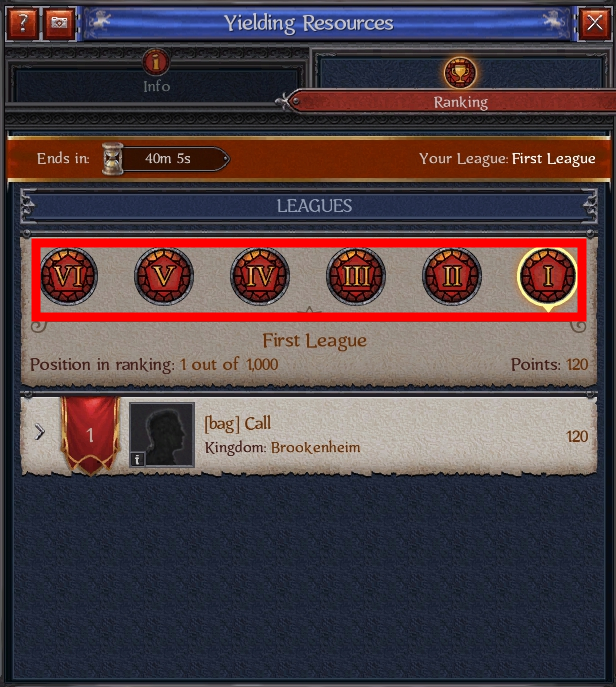 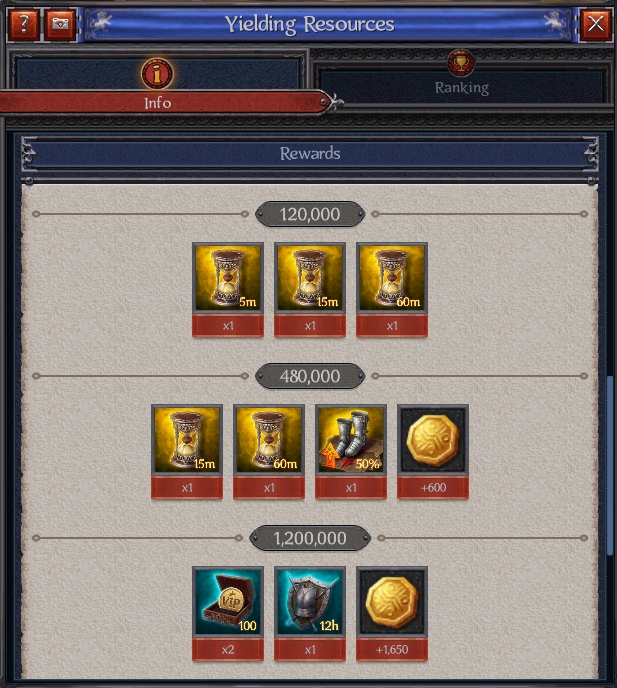 As well as an Info tab, each Tournament has a Ranking tab, where a list of the Lords or Orders that have earned the most points is displayed. To see what bonuses you can get for achieving a top position in a Tournament, click the Lord icon or Order icon (for personal or special Tournaments respectively). 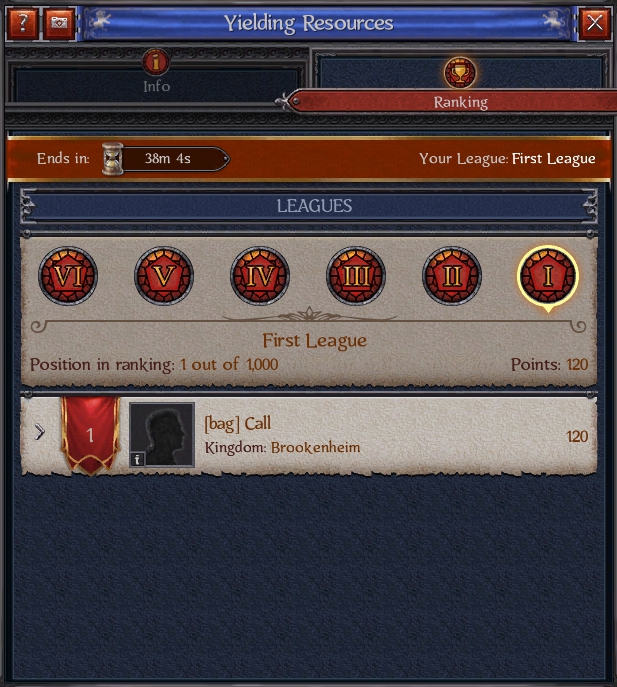