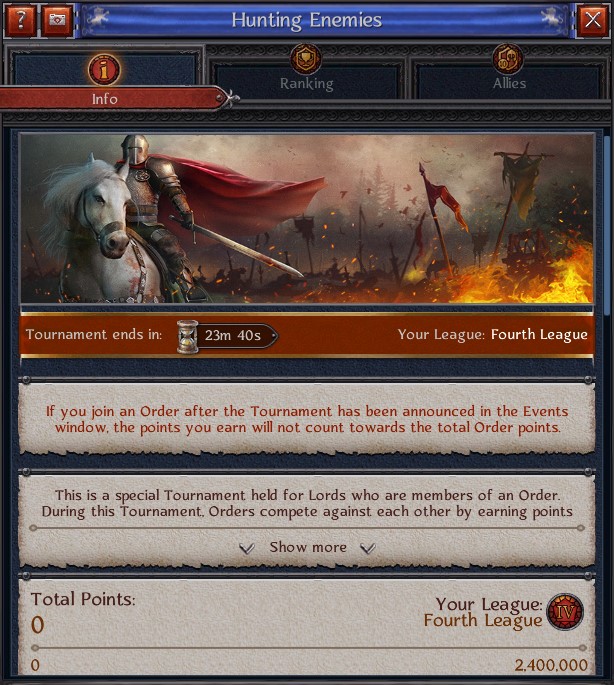 The number of Order Power points (i.e. the total number of points of all Lords of this alliance) determines the League to which the Order belongs (from Sixth to Royal). By earning Power points, an Order can enter a higher League; losing points means moving down to a lower League. 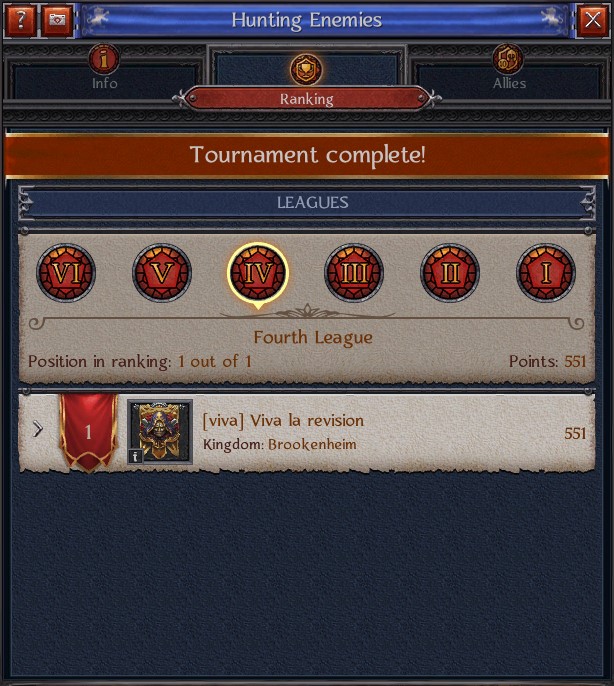 Special Tournament tasks are performed collectively. Order members get a reward by completing tasks and earning a certain number of points required to reach a checkpoint. Lords who haven’t earned any points during the Tournament (i.e. haven’t performed any tasks), get no reward. 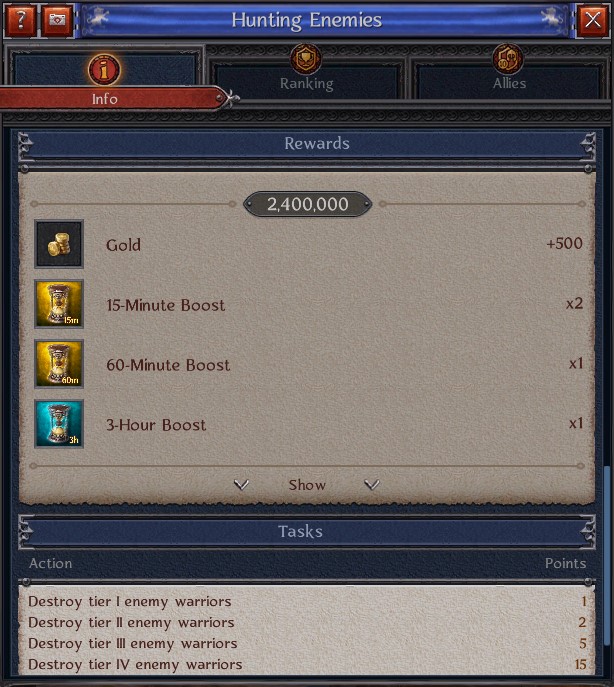