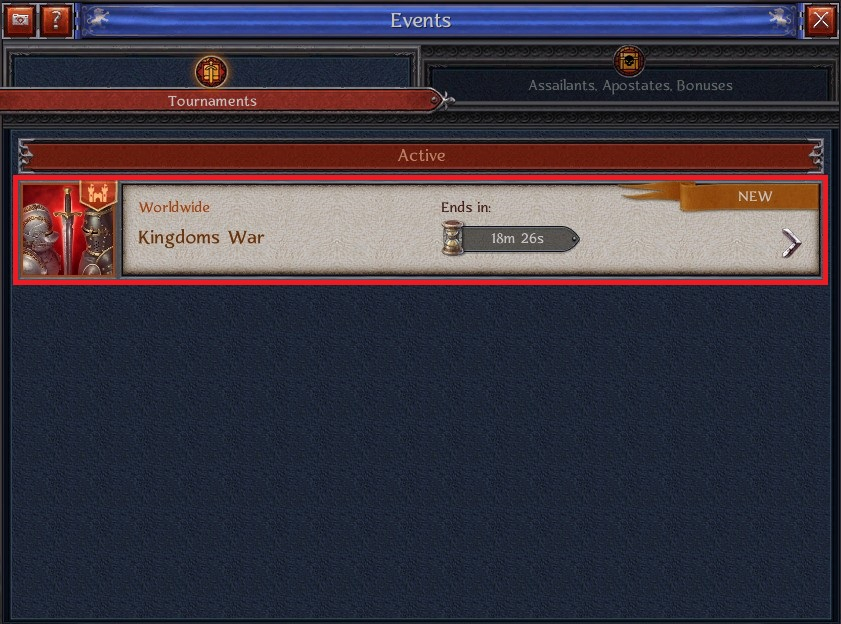 This Tournament consists of three rounds. Each of them lasts for 24 hours. The Kingdom that wins two rounds gains victory in the Tournament.

You need to be an Order member to relocate your Town to the enemy Kingdom. If you play alone, you can also perform Tournament tasks and earn points, but only in the home Kingdom, attacking invading enemies or fending off their attacks.